The names of most of the villages in the Hindi-speaking areas of the country have pre-Aryan origins. That is why, we find it difficult to gauge their meanings and wrongly conclude that they are meaningless. The truth is that most of the villages in the Hindi-speaking areas were inhabited by pre-Aryans and they gave names to these settlements. People of Negreto, Austric and Dravidian races had established these villages. Many villages in the Hindi belt have names such as Arang, Karum, Pehleja, Nokha, Kudra, Parsa, Dibhiyan, Kochas, Khudnoon, Sisirit etc. The meanings of these words cannot be found in any Hindi or Sanskrit dictionary. But if one explores the vocabulary of Tribal dialects, one may chance upon the meaning of these words.

What happens is that whichever race or people are in power, they change the names of some key cities or localities in keeping with their culture or religion. For instance, in Hindu kingdoms, villages were called Shivsagar, Shivpur, Ramgarh, Laxmanpur, Laxminagar, etc. Muslims established cities and towns like Aurangabad, Jehanabad, Firozabad, Rafiganj, etc. The Britist named localities as Daltonganj, Frazer Road and Momfordganj. But the names of the innumerable villages of the Hindi belt remained unchanged. No ruler could change them for the simple reason that given their sheer numbers, it was a next to impossible task. And that is precisely why the pre-Aryan influence can easily be discerned in the names of the villages of the Hindi belt. 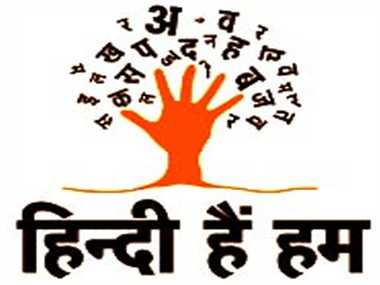 Names of individuals have Aryan roots

If one studies the old names of individuals of Hindi-speaking areas, one will discover that most of them are of Aryan origin and refer to one or the other god or goddess. Some of them are: Jagdish Singh, Ram Bachan Singh, Ram Prasad Singh, Laxman Singh, Bhola Singh, Kameshwar Prasad Gupta, Ramgulam Mahto, Jagannath Ram, Rampati Yadav, Satyanarayan Kahar, Ramkripal Shah, etc. This tradition of naming persons after gods and goddesses continued into the next generations: Laxmikant Verma, Rajendra Prasad Singh, Mahendra Kumar, Surendra Pratap, Ravikant, Shivprassana Chaudhary, Kamalkant, Krishnakumar, Mrityunjay, Vishwanath, Avdesh Sinha and so on. Needless to say, all these names are drawn from the Hindu pantheon. The long and short of it that there is a great probability that the village you live in will be having a non-Dwij name while your own name might have Dwij roots. The two represent very different cultures.

Dalits carrying the cross of Hindu ‘godly’ names
The names of almost all Dalit Hindi writers are based on those of gods and goddesses. These opponents of the Brahamnical order are uncomplainingly carrying the cross of the names based on the Brahmanical pantheon. Their parents also had similar names. Gods and goddesses are so deeply entrenched in the names of individuals in the Hindi-speaking areas that it is impossible to extricate them. The names of not only Dalit but all Hindi litterateurs have ‘godly’ roots. Just see who the four pillars of Chayavaad are: Jaishankar Prasad, Sumitranandan Pant, Suryakant Tripathi and Mahadevi Verma. Thus, one of them is the Prasad of Lord Shankar while another is the son of Puranic character Sumitra. Someone is the Kant (son) of the Sun God while another is the female version of Mahadev (Lord Shankar). The Brahmanical system has penetrated deep into the vocabulary of the Hindi belt. The names of all the week days are based on names of the gods. For argument’s sake, it can be said that they are named after different planets. But they also happen to be the names of gods. Som is a god, so is Shani and Vrahaspati. Vedic god Varun is present in the water we drink. Pawan is in the air we breathe. The Brahmanical system holds a complete sway over the language of the region.

In the case of synonyms, in Hindi the names of gods and goddesses have the maximum number of synonyms. Arvind Kumar’s Shabda Sankalan (Collection of words) presents some astonishing facts. There are 3411 synomyms of Shiva and Rudra. Vishnu has 1678 names, Skand 161 and Ganesh 141. There are 900 synonyms of Parwati, Durga and Kali. Laxmi has 191 synonyms, Saraswati 108, Sita 65 and Radha 31. The gods and goddesses dominate the Hindi and Sanskrit vocabulary. That is why these languages are replete with the synonyms of their names. That is not so in case of Arabic. In Arabic – and especially in its older dialects – there are 5744 words related with camel. In short, the Brahamanical system has penetrated deep into the structure, vocabulary, idioms and sayings of Sanskrit and Hindi. Ganga Labh Hona, Tilanjali Dena, Shri Ganesh Karna, Chathi Ka Dood Yaaad Aaana, Yampur Pahucchana, Shankhnaad Karna, Meen-Mekh Nikalna, etc are some of the Hindi idioms which have emerged from the womb of Brahmanism. We can understand their meaning only if we are conversant with the Brahmanical system.

As we have seen above, Hindi dictionaries are overflowing with words intimately connected with the Brahamnical system. It is only logical that they should also be well-stocked with words that humiliate or disparage the non-Dwijs, whom the Brahamanical system despises. Chaiyeen, Chutiya and Chuahad words have a negative and humiliating meaning in Hindi. They broadly mean thief, tramp and idiot. Now Chaiyteen happens to be a caste, mainly found in Nepal. There is a Chaiyeen Tola in Patna too. Chaibasa is a town in Jharkhand. But in Hindi, Chaiyeen means a petty thief, Chuhad are tribals of Jharkhand and Chutiya of Assam. But these words have entered the Hindi dictionaries because the Brahamanical system places non-Dwijs on a lower pedestal. Similarly, Chori-Chamari is a hyphenated compound word in Hindi which implies that only Chamars commit thefts. There is a caste called Budbak – a word with offensive cannotations. Some words directly humiliate the lower castes while others pour scorn on those who tried to undermine the Brahamanical system. For instance, there is a Hindi word Kutsit which means sickening or despicable. Now Kautsa was an ancient thinker who opposed the Vedas. His opposition was dismissed as ‘Kutsit mindset’. Today, the word has been generalized to mean anything that deserves to be rejected or despised. Such words indirectly attack the opponents of the Brahamnical order.

The concept of Trayi (Trio) is Dwijwadi

For inexplicable reasons, the number three holds a key place in the Dwijwadi system. This, Sanskrit has three persons, three genders, three tenses and three numbers. Brahma, Vishnu and Mahesh form the trio of gods, There are three worlds and three gunas – Satva, Raj and Tam. There are three stages of life – childhood, youth and old age; three seasons – winter, summer and monsoons. Money can be spent in three ways Bhog, Daan or Naash. The day is divided into three parts – morning, noon and evening. The history of Hindi literature is divided into three sections – ancient, medieval and modern. Hindi literature has many trayees or trios. The trayee of Chhayavaad – Prasad, Pant and Nirala and the Trayee of Mohan Rakesh, Kamleshwar and Rajendra Yadav are just two examples.

The concept of Trio is Dwijwadi. In contrast, in the folk culture, the figure of three is considered inauspicious. Teen Tikat, Maha Vipat. In the rural areas, women will never serve you three rotis or they will divide the third one into two parts. In folk culture, it is good not to be in Teen-Terah and neither it is good to do Teen-Paanch. The same sentiment informs the idiom Dhaak Ke Teen Paat. In a sense, three being considered inauspicious is a symbol of resistance to the Dwijwadi order. In Bhojpuri dialect, there are many sayings which seem to have come into being in opposition to the Brahamnical system. One of them is Ghari Bhar Mein Ghar Jale, Nau Ghari Bhadra meaning ‘My house will be gutted in minutes. Douse the fire with water. There is no time to study the Patra’. There are innumerable such sayings in different folk languages.
The common man had launched, what is now called Dalit discourse, centuries back. Hindi has only two genders and two numbers and this is an assault on the magical figure of three. Hindi has three persons. The second person has three variants Tu, Tum and Aap. Needless to say, Aap is to be used when addressing Brahmins and Kshatriyas, Tum is meant for Vaishyas while Tu is reserved for the Shudras. Hindi society has different words for different classes. Three types of persons inhabit the Hindi belt – those who are addressed as Aap, those as Tum and those as Tu.

This is not so in the tribal society. It is an egalitarian society. There is no concept of respectful pronouns in the tribal society. The entire structure of the Hindi language is afflicted with this disease. Even verbs have not been spared. Somewhere it is ‘Aap Ja Rahein Hain’, at others ‘Tum Ja Rahe Ho’ or worse still ‘Too Ja Raha Hai’. There are different ways of calling a person also ranging from Aji to Aho to Aare.
Someone become Phenku or Phenkan by throwing him on a heap of rubbish. Those who are thrown on garbage become Ghurhu or Ghurphekan. These names were given to save the life of children. One who is sold off to another was Benchu or Benchan. If he was weighed against something, he became Jokhu or Jokhan. If a child was sold to a Dom, he became Doma or Doman. Needless to say, these names were meant only for the Dalits and Backwards. These antiquated traditions are now collapsing. People are becoming conscious. Dom and Chamar will no longer accept such abuses. There is an awakening in society. There is an awakening in literature. Linguistics cannot remain insulated from these changes. It is high time identity-based Hindi linguistics also takes an initiative in this respect.