NEW DELHI: Many of you readers must be aware of the police action against FORWARD Press.Various newspapers have published reports regarding it. Most of the prominent Hindi and English newspapers saw this as an assault on the freedom of expression whereas the rightist groups took it as an opportunity to attack FP using baseless allegations. We know that our readers and well-wishers are perturbed and sad over the recent train of events and want to know in detail what actually happened. Here are the facts.

• 9 October, 1:40 am – Vasant Kunj North police station, near Jawaharlal Nehru University (JNU), New Delhi, filed an FIR against FORWARD Press and its Editor-in-Chief, Ivan Kostka, under sections 153-A, 295-A and 34 of the IPC.

• The action had been taken on the basis of a complaint made by some students. They included Ravindra Singh Basera of JNU, Amba Shankar Bajpai, Abdul Mughni and Amit Kumar. The complaints said that the October 2014 FP contained “inflammatory material”, specifically pictures of the paintings by well-known painter Dr. Lal Ratnakar published on pages 6,7, and 8, under the title ‘Mahishasur’s martyrdom’. These, they said, were objectionable and hurtful of their Hindu religious sentiments and “provoking hatred and revenge sentiments [by OBCs] against Brahmins.”

How did a complaint by a few students filed in the middle of the night, suddenly get converted into an FIR and actioned with such urgency? According to the reporter of Scroll.in, (12 Oct. 2014) “an official at the Vasant Kunj police station (north) said, on condition of anonymity, that the station had received a telephone call from the Ministry of Home Affairs on Wednesday night asking it to take action against the magazine. Following this, the Deputy Commissioner of Police visited the station and called in Basera and Vajpayee [Bajai] to review their complaint.”

• 9 October, 2:30 am – The Delhi police raided the South Delhi home of Ivan Kostka. They reportedly arrived in five jeeps plus one van to carry away any arrestees. The police party included around 15 armed men and one woman constable. They seized some copies of the October FP from the home and some from the two family cars. Both private cars were seized and the family driver was picked up. Since Mr and Mrs Kostka were away in Mumbai, to attend the funeral of one of their close relatives, the police could not arrest him.

• 9 October, 8:30 am – Plainclothes police, possibly from the Crime Branch, entered the Nehru Place office of the magazine along the first FP staff person to arrive. It seized three computers and all copies of the October issues of the magazine. Meanwhile, a lawyer representing the company arrived. During the seven hours the police were there they could not produce a search and seizure warrant or papers from the Home ministry sanctioning their actions both earlier in the editor’s residence and then at the FP office. A copy was shown to the lawyer much later that evening at the police station. Had they been in possession of the papers and if a lawyer had not been present, FP staff gathered that the police came with the intention of sealing the office.

• 10 October – Kostka’s laywer moved the court for the granting of anticipatory bail. Meanwhile, police seized whatever copies of October FP they could find with news agents and book stalls.

• 13, 16 October – The Patiala House court granted anticipatory bail to Ivan Kostka and Pramod Ranjan on 13 and 16 October respectively. As per the legal procedure, both have been summoned to the police station for questioning on a few occasions. The police are yet to file a charge-sheet in the case.

• As FP readers know the observance of Mahishasur Martyrdom Day by an organization of Backward students in JNU has been going on for the past four years. The complaint also referred to this proposed function and the police was urged to either stop this function or “be ready for unpleasant consequences”.

• 10 October onwards – The police action on FP was widely perceived as an attack on the freedom of expression and as an attempt to stifle the voice of the Bahujans. Protest demonstrations were held at many places (See the Photo Feature on pages 6,7,8). Around 500 Hindi, English and Marathi writers including Arundhati Rai, Uday Prakash, Shamshul Islam, Giriraj Kishore, Anand Teltumbde, Kanwal Bharati, Manglesh Dabral, Anil Chamadia, Apoorvanand, Veer Bharat Talwar, Ram Puniyani and Kumar Prashant issued a press statement, strongly condemning the police action. (See some other selected statements on page 39). 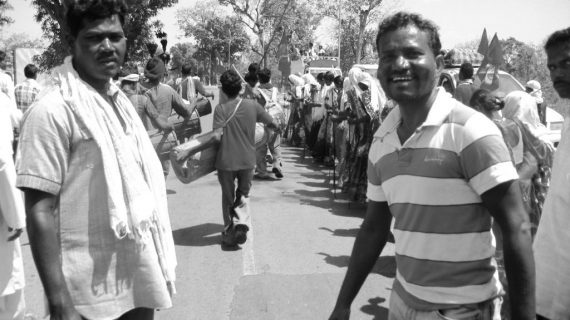 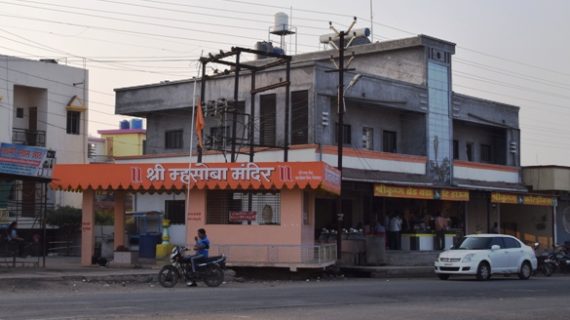 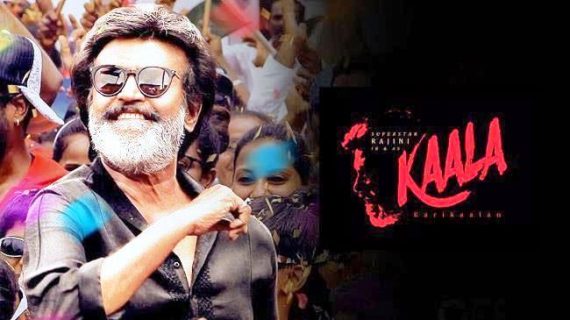 In the film ‘Kaala’, Mumbai’s Dharavi slum symbolizes Ravan’s Lanka and is the biggest obstacle to both Narendra Modi’s Swachh Bharat Abhiyan and the fake ‘Digital Mumbai’ mission. Rajnikanth plays the hero who fights for the rights of the workers and the poor – the residents of Dharavi