On 28 May, newspapers carried the report that the Gurjar agitation in Rajasthan had ended with the Vasundhararaje government accepting the demand for 5 per cent reservation for the community. This was the second phase of the Gurjar agitation that lasted eight days. They were demanding 5 per cent “special reservation” in the form of a sub-quota within the OBC quota. They had blocked national highways and railway lines to press for their demand. According to a report in the Indian Express, the Indian Railways suffered a loss of Rs 2 crore per day due to the agitation. Earlier, in 2007, Gurjars had launched a similar agitation. At that time, they were demanding their inclusion in the list of Scheduled Tribes. Coincidentally, Vasundhara Raje was the chief minister at that time too. Thus, at long last, the Gurjar agitation, which began in 2003, has ended with the government giving in to their demand. However, some questions still remain unanswered. How will the government implement this decision? Will it stand judicial scrutiny? Gurjars are basically a pastoral-cum-agricultural community. In ancient texts, Gurjars have been described as a valiant warrior class. In Sanskrit literature, Gurjars are referred to as “shatru-sanharak” (annihilators of enemies). According to the Anthropological Survey of India, Gurjars are scattered over a large area in north and west India extending from Kashmir to Gujarat and Maharashtra. They had established their rule over a sizeable region that is today’s Gujarat state. The lifestyle and political affiliations of Gurjars are similar to those of Kurmi and Patel communities. Like Kurmis, Gurjars too consider themselves descendants of Sardar Patel and Chhatrapati Shivaji. Some Gurjar groups have entered the Hindu fold as Kshatriyas while the rest remain primarily tribal and pastoral.

The Gurjar community includes followers of both Hinduism and Islam. In India, Gurjars mainly inhabit Rajasthan, Gujarat, Delhi, Haryana, Punjab, western Uttar Pradesh, Himachal Pradesh, Jammu & Kashmir and Uttarakhand. They form around 7 per cent of the population of Rajasthan and the state government has listed them as OBCs. Jats dominate the OBCs in the state and have cornered most of the jobs reserved for them. This has led to a feeling among the 90 other communities in the OBC list that they are not getting their due. Socially and educationally, Gurjars are far behind other OBC communities and in that sense they resemble STs. That is why their primary demand was that they be notified as a Scheduled Tribe so that, like other STs, they can get “special opportunities” in jobs and admissions to educational institutions. The BJP had supported this demand in 2003.

The foundation for the Gurjar reservation movement was laid in 2003, when, during the run-up to the assembly polls, the BJP promised them that if voted to power, it would grant them special reservation. But after winning the polls, the BJP government led by Vasundhara Raje dilly-dallied. They started mounting pressure on the government to declare them STs. This demand was bitterly opposed by the Meena community, which is the dominant ST community of Rajasthan. This set the stage for a caste war between the Gurjars and the Meenas. The Janjati Arakshan Bachao Sangathan (Save Tribal Reservations Organization) forged by the Meenas warned the government that if it did not take tough action against the Gurjars blocking road and rail traffic, the tribals themselves would take on the Gurjars. In the Meena-dominated areas like Dausa, Sawai Madhopur, Banswada and Karauli, Gurjars had to face stiff resistance from the Meenas. The Gurjars charged the government with trying to use the Meena community to crush its agitation. Huge demonstrations were organized at Bharatpur, Dausa, Pilookapura and other places by Gurjar mahapanchayats. The following year, the agitation turned extremely aggressive and violent and 72 Gurjars lost their lives. The agitation ended only after the Vasundhara Raje government promised 5 per cent reservation for Gurjars under a special category.

In 2008, the BJP government announced 5 per cent reservation for Gurjars as a special backward class and 14 per cent for economically backward classes. This decision was challenged in the Rajasthan High Court and the court stayed its implementation. Today, Rajasthan has 49 per cent reservation – 21 per cent for OBCs, 16 per cent for SCs and 12 per cent for STs. In 2012, the Rajasthan State Backward Classes Commission recommended to the state government that Gurjar, Banjara, Gadia Lohar, Raibari and Gadaria communities be declared special backward classes and a separate 5 per cent quota be set aside for them. The then Congress government accepted the recommendation and asked the Personnel Department to amend the service rules so as to allow for the 5 per cent additional quota. This decision was challenged in the High Court in January 2013 and the court once again stayed its implementation. The Congress government then decided to give one per cent reservation to Gurjars and put off the decision on the remaining 4 per cent till after the high court’s final judgment. Gurjars found the one per cent reservation grossly inadequate and Gurjar leader Colonel Kirori Singh Bainsla came up with a new demand. He said that OBCs should be divided into two sub-classes and Gurjars should be given 5 per cent reservation as an Extremely Backward Class. Jats were immediately up in arms against this sub-quota proposal. The Supreme Court has recently ruled that Jats do not deserve reservations. Since Jats are a socially and politically powerful community, the Vasundhara Raje government does not want to antagonize it. That is why it has proposed a “special reservation quota” of 5 per cent for the Gurjars. It has also assured the Gurjars that it would initiate the process of including this provision in the ninth schedule of the Constitution so that it cannot be challenged in any court.

Neither the BJP nor the Congress has been able to find a permanent solution to providing reservation for the Gurjars. Any government decision that translates into the total reservation crossing the 50 per cent mark is struck down by the courts. Increasingly, to circumvent this problem, new communities and groups are being squeezed into the existing OBC quota. The Supreme Court has sought special quota for transgenders. Sachar Committee wants reservations for Muslims. Whenever any community demands reservation, it is appended to the OBC list. Discord and rivalry among the OBCs is the obvious result. Caste census should be conducted as soon as possible so that credible statistics regarding the socio-economic and educational conditions of all castes and communities become available. Then, the programmes for affirmative action, including reservation, can be redrawn in a just and logical manner. 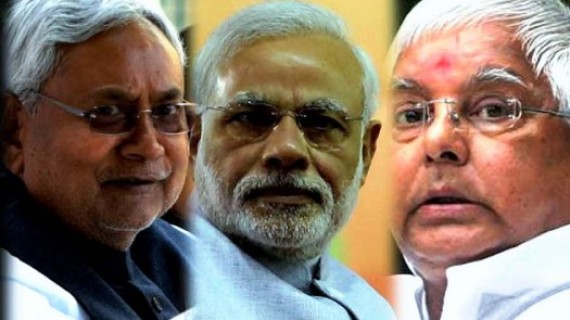 Will Lalu confront Nitish the way he confronted Mohan Bhagwat on a review of the reservation policy? 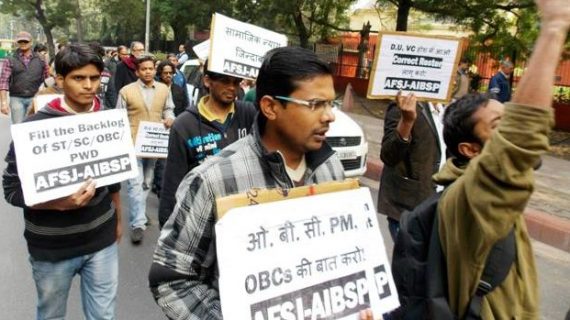 Ever since Shahu ji Maharaj introduced reservation, the governments have increased its scope in a phased manner in the hope of building a more equal society. Today, though, reservation is under threat. Uday Che explains 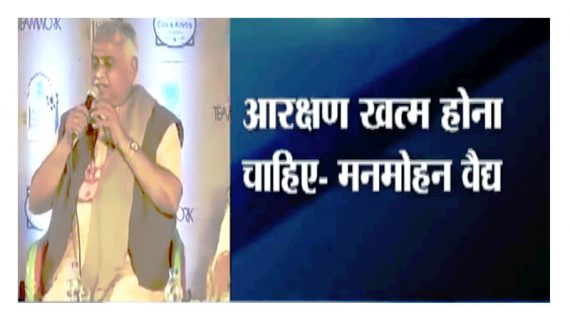 For thousands of years, the doors of education have been shut to Shudras and Atishudras. Reservations opened these doors just a little. Before the deprived people have got representation on a par with the others, governments are now withdrawing reservations through the backdoor. Chandrabhushan Gupt explains how this is happening