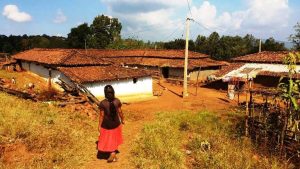 Asurs are one of the most ancient and smallest tribal communities of Jharkhand. The Chota Nagpur plateau, located at 3500 feet above sea level, is their home, especially the valleys of Bishunpur and Mahuatand in the Gumla, Lohardaga and Palamu districts of the state. Anthropologist S.C. Rai, well known for his work in the Chota Nagpur area, has discovered “buildings made of ancient bricks, temples and other buildings of stones, and stones erected on graves”. All these structures are linked to the ancient people called Asurs locally. Some excavations have revealed signs of iron smelting, copper ornaments and stone implements. It is believed that the huge, rust-free trident, discovered at Tanginath in Dumri block of Gumla district marked an important place of the Asurs. Apart from in Jharkhand, a very small number of Asurs also live in Odisha and the states of central India. Asurs are believed to be the founders of the Indus Valley Civilization. Rai links them to Mohenjodaro and Harappa and says that they date back to the Copper-Bronze and Iron ages. The word “Asur” finds mention in the Rigveda, the Puranas and other scriptures. Their language is Asuri, which is part of the Mundari language family.

Asur villages are generally found atop plateaus. Around 30 families make up a village. The Asurs keep a distance from other communities. The walls of their houses are made of mud and they use wood of different kinds to build sloping roofs. The bark of Mahliyan is used to tie the thatched roofs of the houses.

Their bachelors’ house is known as gitiora. The aakhra (dancing place) is located at the centre of the village. Among the household items are cooking utensils, mats, and agricultural, hunting and daily-use equipment. They use a special type of umbrella called gungu. They are experts in making wooden receptacles and stools. They also weave mats from date palm leaves.

There are three sub-tribes of Asurs – Bir Asur, Virjiya Asur and Agaria Asur. Forest is called bir in Asuri but bir also means “a powerful forest-dweller”. Among the Asur gotras are Ayind (fish), Darothe (tadpole), Khusar (owl), Kerkitiya (a bird), Mahto Rothe (Dadur – big frog), Sinduria Rothe (terrestial frog which has a stripe on its back), Chhote Ayind (small fish), Chhote Toppo (small bird), Chhote Kerkitiya (a bird), Koyabarba (a wild animal with a black scar on its face). They practise exogamy. A person of a particular gotra keeps away from the thing or animal after which his gotra is named. It is believed that not doing so may invite misfortune. After the gotra, family is the most important social unit. The Asurs are patrilineal and families may be nuclear, joint or extended.

Children are brought up in the family. Once the child is capable of living without the mother, he or she moves to the bachelors’ house where unmarried boys and girls live together. In the bachelors’ house, the boys and girls are trained in cooking and running the household. They are expected to become good dancers, instrumentalists and singers, besides expert hunters.

Mothers are considered polluted till five days after childbirth. On the sixth day, the mother takes a bath and the child is tonsured. If the last child died, the newborn is briefly laid on a heap of dung. Then it is handed over to the mother. 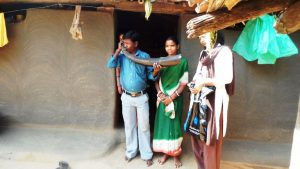 Asurs have a custom of paying bride price. Pigs are an essential part of bride price. In addition, cash and clothes are also given. Sometimes, couples become parents before getting married. But this is not considered a stigma.

Many different kinds of marriages are in vogue among the Asurs. These include Sewa Vivah, Palayan Vivah and Balpurvak Vivah. There is also a system of “ghar jamai” (men who reside in their in-laws’ place) and of exchanging sisters. If the man and the wife do not wish to live together, both have the right to seek divorce. Issueless couples normally adopt sons.

After death, the body is buried. There are three kinds of funeral grounds – one for the newborn babies, in which children who die before they start eating cereals are buried; another for those who meet with untimely death, ie by suicide, accidents, etc. The souls of those who die an untimely death are considered evil. Only men take part in their funeral. The third funeral ground is for those who die a natural death. Their souls are considered noble and are worshipped. It is believed that these souls protect the living at all times and in all places. They are buried with traditional customs and rituals. After death, the body is placed on a mat on the ground. A bronze pot full of water is kept beside it. Those who pay a visit lift the pot with their left hand and pour a little water into the mouth of the dead – this is their way of saying farewell. Depending on availability, bamboo and sakua wood is used to prepare the bier. If the deceased was a farmer, an assortment of different types of food grains available in his house and a small part of his plough and its blades are taken to the funeral ground. After the body is taken away for funeral, the house is plastered with cow dung, ash is sprinkled on the floor and the house is locked so that no one can enter. Before burying the body, a man circles the grave thrice, holding a burning bundle of straw in his hands. This ritual is called “sengel sukul dekhau”. The body is lowered into the grave with the head facing north. Along with the body, clothes of the deceased, food grains brought from his home, and parts of his plough are also put in the grave so that he may do farming in the other world. After that, a stone is erected on the grave as a memorial. Then all the people present at the funeral ground pick up as many pebbles as the number of members of their family. The Baiga (chief priest) digs a small hole. A small bier is made and an egg is tied to it. Two people carry this bier to the hole and drop the egg into it. The egg is broken. The Baiga then throws rice grains into the hole and chants mantras in the name of the deceased and says, “From today, you belong to a different world. Don’t frighten anyone and protect everyone.” Then the Baiga throws the first pebble into the hole and chants another mantra:

“Today we are giving you money [pebbles are considered money] from all the families of the village. You should use this money in the other world. Don’t take our names and don’t frighten us.” Then others put the pebbles in the hole. This ritual is called “ghooti lekha khaoon”.

After the funeral, the men and the women go for a bath at separate places in the river. The Asurs also try to find out the reason for the death. Oil is poured on flowing water. If it is swept away without producing bubbles, it is considered that the person was destined to die. If bubbles are formed, it is believed that he was suffering from some disease that was not identified in time. The attempt to investigate the cause of death continues even after returning home. The locked house is opened to see whether there are any marks on the ash. If it has the mark of cat’s paw, the conclusion is that the person was the victim of black magic. If marks of a rope are found, it is believed that a relative of the deceased was in love with someone and had brought them to their home without informing the family members. In such cases, the sacrifice of a bullock is prescribed. It is believed that such an incident happened, no sacrifice was performed and death resulted. Other marks lead to other conclusions. “Umber Ader” is a ritual for recalling the shadow of the dead. A feast called “Kamaan” is organized within 8-15 days of the death. On that day, the straw from a small “machan” (watchtower) and some clothes of the deceased are burnt.

Asurs are traditionally into iron smelting and agriculture. Good-quality coal made from sal wood is needed 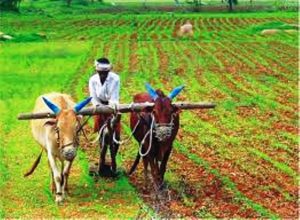 for smelting iron. Rocks containing iron ore are found in the Chota Nagpur plateau, particularly in the Netrahat area. They melt these rocks to extract iron which is then used to make agricultural implements.

Sing Bonga is their chief deity. Marang Bonga and other Bongas are also part of their pantheon. Sohrai, Sarhul, Phagud, Navakhani, Kathdeli and Sarhi Kutasi are their important festivals. Sarhi Kutasi is celebrated to make the iron smelting industry prosper. They believe in magic and consult Baigas in case they face problems.

The panchayat of the Asurs is called gram parishad – the office-bearers of which include Mehto, Baiga, Pujar, Gauret, etc. Whenever a tradition or a ritual is violated, the Mehto asks the entire village to gather at the village Aakhra. The guilty have to pay a fine and if the issue is serious, they can also ostracized.

Now, Asurs mainly do farming. But they also hunt, and gather fruits, flowers, nuts and herbs. They grow bajra, paddy, pulses, maize and a wide variety of legumes. They also grow cotton. Some of the Asurs have migrated to the tea estates of Assam and to the Andaman islands. This primitive tribe is living under grinding poverty. It is the victim of the apathy of the government and society.

Suresh Jagannadham is a scholar of tribal culture and independent writer who specializes in the collection and documentation of the Tribals’ oral literature. He has studied the oral literature of the aboriginal tribes of southern, central and northeastern India and of the Andaman islands as part of an ICSSR research project. Jagannatham has taught at University of Hyderabad and Indira Gandhi National Tribal University, Madhya Pradesh, among others. 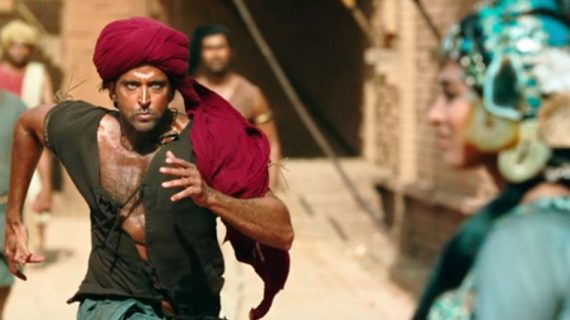 The authors of Hindu scriptures have categorized Asurs in different ways. However, today, the Asur community spread over Jharkhand, Madhya Pradesh and other states exists as three subgroups. Their communal existence has come into question, having been overlooked by both the proponents of the mainstream idea of development and those who exploit water, forests and land under government protection