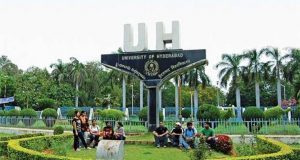 The results of the Hyderabad Central University (HCU) Students’ Union elections have been declared. The Ambedkar Students’ Association (ASA), whose five students, including Rohith Vemula, were suspended and which has been in the forefront of the Justice for Rohith Vemula campaign, has emerged as the second-largest single students’ group. Congratulations to Prashant Dhonta, Kavya, Sunkanna, Vijay, Munna, and all the other members of ASA!

Radhika, Rohith’s mother, and Madhava Rao Garu, former principal secretary, Andhra Pradesh, have been a pillar of strength and support, as have been so many HCU faculty members and social activists.

If it was the unnerving initiative of ASA to spread Phule-Ambedkarite ideology on campus and not play second fiddle to NSUI and ABVP that triggered the string of events starting in August 2015 – Rohith being forced to take his own life, police excesses of 22nd March 2016 and arrest of students and faculty and so on – then these results are going to instill more fire among those dedicated to the cause. The results are a clear indication that Phule-Ambedkarism is here to stay in HCU, which has been a brahmanical den in the past, be it of the “progressive secular” type or the “obscurantist” type.

It is commendable that ASA did not enter into a coalition with the communist student groups’ but instead tested its own strength. However, in the race for positions in the union, it did not do so well and almost always fell behind the SFI-AISA coalition and ABVP. ASA could not draw the other Bahujan organizations (Bahujan Students’ Forum (BSF), Tribal Students’ Forum (TSF), Dalit Students’ Union (DSU)) towards it and they joined the SFI-AISA coalition instead. SFI and AISA are nothing but upper varna student groups, with the SCs, STs, OBCs and Minorities in tow. The Muslim Students’ Union, which has a small presence in HCU and has mostly worked in tandem with ASA, was expected to draw a larger support than what it did. Most of the Muslim students continue to be members of SFI or AISA. 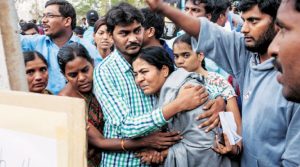 Prior to the suspension of students in January 2016, the relationship between ASA and other Bahujan Students’ organizations (like the BSF, TSF, and DSU) had been anything but warm and amicable. If the Rohith Vemula’s suicide did bring them together to stage a combined resistance, largely within the ambit of the Joint Action Committee of HCU, the groups seem to have now parted ways rather than transforming the solidarity on the issue into a durable relationship. One of the following could have been the reason: failure to reach an agreement over positions, differences in approach or the political influence from outside the campus on each of these students’ groups.

This calls for serious brainstorming among the leaders of all Bahujan students’ groups to prevent these shallow, newly formed fissures (ASA, BSF, TSF and DSU are less than four years old) from deepening and leaving these groups with no choice but to side with SFI or NSUI or ABVP and survive, or disappear. A coalition of Bahujans students’ groups would have made a real difference. Why this didn’t happen has to be mulled over.

While the ASA’s performance in the HCUSU elections is still admirable and a reason to celebrate, it’s now time to make a more concerted effort within and outside Campus for a Rohith Act to provide legislative protection to students from marginalized communities in institutions of higher education. Here, in this context of consolidation of the country’s energy, intellect and social action of the youth so as to make Indian democracy workable, leading to the social emancipation of Bahujans, I would like to say that BAMCEF, Mulnivasi Sangh and Mulniwasi Vidhyarthi Sangh are committed to partnering with Bahujan faculty and students both within and outside university campuses.