Caste has only been changing its form in India society. No process for becoming a casteless society is visible anywhere. One can be modern or postmodern but not casteless! This is a tragedy of momentous proportions. What can be the project for freedom from caste? How should a writer or a social activist struggle against caste? This is the focus of FORWARD Press’ series titled Project for deliverance from the stigma of caste. Raj Valmiki is the latest contributor to this series – Editor 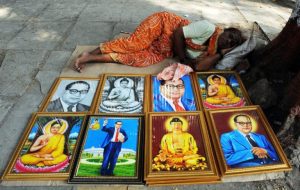 Just as Marx had envisaged a classless society, Ambedkar had dreamt of a casteless society. But Ambedkar knew very well that caste had struck such deep roots in our society that its annihilation wouldn’t be easy. He said, “Turn in any direction you like, caste is the monster that crosses your path.” Professor Satish Pavde writes of the caste system: “It is a battle for dominance. Chaturyavarna is its mainstay. It is a mentality of religious, social and cultural slavery. Dalitbahujans behave in the same way with the castes lower down the hierarchy as the Brahmins behave with them. First, they will have to free themselves from the notions of caste. This is a difficult proposition …” This brahmanical invention has been designed in a way that it becomes part of our psyche. It gets recharged and recycled automatically. But we should try to develop a positive mindset. We should believe that we can do away with caste. It is not that attempts to annihilate caste have not been made in the past. There were “Jati Todak Mandals” and other such initiatives. Some sadhus and saints propagated the idea that caste is meaningless. “Jati na poocho sadhu ki, pooch lijiye gyan” (Don’t ask the caste of a sadhu; ask how wise is) and “Hari ko bhaje so hari ka hoyee” (Whosoever prays to god, becomes his).

Journalist Pramod Ranjan says, “The number of Dalits, Tribals and OBCs in politics and in legislatures has increased but at the same time, the authority and reach of the state has weakened. Politics is no longer the master key. The master key now rests with the corporate houses, where the deprived sections have little representation. While reservations were given to deprived communities in government jobs, the number of such jobs was steadily reduced in the name of liberalization. Reservations were introduced in public educational institutions but a campaign has been launched to handicap them. The moneyed can always send their children to expensive private institutions or abroad for studies.” 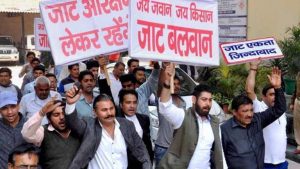 The present-day politics is only strengthening casteism. Political parties want to use caste groups as vote banks. They know that their vote banks will exist only until caste does. That is why they are not interested in the annihilation of caste. The politicians know that the caste system is in their interest. The so-called upper castes want to retain the caste system to perpetuate their dominance and to further their interests.

As a writer, I’ve tried to break the caste system. I have written some stories that talk about the annihilation of caste. Among them, Is Samay Mein, Khushboo, Achanak and Samay Ka Sach are notable.

The caste system keeps morphing with time. In the times gone by, casteism and untouchability were openly practised. With the Constitution outlawing untouchability, it is practised indirectly, especially in cities. For instance, even if qualified candidates from the reserved categories are available, they are not appointed to posts reserved for them citing that “no suitable candidate was found”. Hurdles are put in the path of SC, ST and OC candidates. Against this backdrop, what can be done to free our society from the stigma of caste?

Babasaheb saw inter-caste marriages as one of the means for freeing us from the caste system. But most of the present-day inter-caste marriages are love marriages and no family voluntarily opts for them. Sometimes, if a man is from the SC, ST or OBC communities but is well placed and earns good money, upper-caste families agree to let their daughters marry him. However, these are only registered marriages, and are not conducted in keeping with the religious and social customs. Even such instances are also few and far between.

If inter-caste marriages become the norm, rather than exceptions, it will help us battle the monster of casteism. Caste should not be a concern when parents look for wives/husbands for their children.

In my view, the following can deliver us from the stigma of caste:

Freedom from caste system is possible but for this to happen, we would have to launch a persistent battle, a movement. We also need to be patient and stay calm. Even if we do all this and more, it will take a while for caste to disappear. It won’t happen overnight.