Whenever the issue of Dalits in the media crops up, it is always said that the representation of Dalits in the media is next to nothing. The question that arises here is, will things change if, for argument’s sake, like in Parliamentary institutions, representation of Dalits is ensured in the media, too? Another vital question is whether the Dalits who have secured a place in  other institutions, including Parliament, really care about security and other concerns of the common Dalits? There is no doubt about the need for the presence of Dalits in media organisations to break the stranglehold of the caste system – a great challenge for Indian society – but it should be remembered that a mere increase in representation will not solve the problem. We need to look beyond. 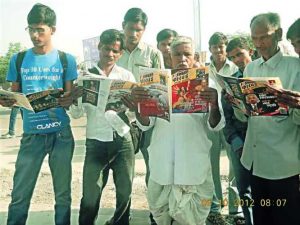 Being a Dalit in the media should mean never losing sight of the social, economic and political concerns of the community. What is generally seen is that the establishment uses the Dalit representatives only to expand and strengthen its base. In many major newspapers and big media organisations, women often talk the language of male chauvinism. Ditto with Dalits.

Dalits have not only been victims of casteist discrimination but have also suffered economic and political exploitation. The reasons behind their political and economic subjugation are obvious, all around us. Dalits form a majority of the labour force in agriculture – the biggest source of livelihood and employment in our country. But if the depiction of the condition of the Dalits is analyzed, it would seem that the media is stuck with the mindset of 1947.

Merely reporting incidents of atrocities against Dalits is not enough. It is clear that the media is not ready to aid the struggle against exploitation of and atrocities against Dalits. Every year, data on crimes against Dalits under IPC and other statutes is tabled in Parliament. If the figures are obtained for the last 50 years, it would be clear that murders and rapes of Dalits far outnumber similar crimes even during the deadliest of wars. But things are never presented this way. There is never the talk of an ideological struggle against the repression of Dalits. No attempt is made to bring Dalits on one platform – to unite them – for this purpose.

Here, I would like to present two examples, which would show how concerned the media really is about the situation of the Dalits. A particular  journalist in the English media has come to be recognized as the most ardent advocate of the interests of the depressed classes, especially Dalits. He gave great importance to the news of sanitary employees of a municipal administration in Haryana thrashing their superiors. The fact is that there is nothing new about such incidents. Such incidents keep on happening in small towns and municipalities and they cannot and should not be linked to the rise in Dalit awareness. In fact, they have been reported from the time municipal bodies came into existence. If the employees are not paid their salaries on time or when they need it, they use their brooms against their supervising officials. But this journalist seems to have been so insulated from the goings-on that he saw the incident as the first of its kind in the last 50 years! 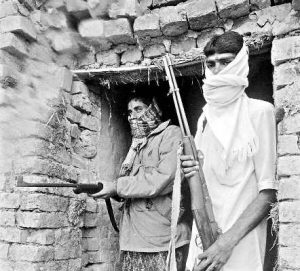 The second example is from my own experience. I wrote an article arguing that Dalits should be given firearms for self-defence. I referred to the frequent massacres of Dalits and recalled the decision of the Karpoori Thakur government in Bihar to give guns to Dalits and also to train them in their use. I also cited the fact that during the regimes of Jagannath Mishra and Bindeshwari Dubey in Bihar, government officials went door to door giving gun licences to landlords and organised camps to teach them how to use the guns. But no English daily published my article. In another of my articles, I said that firing by police does not have any place in a democratic society. This article was also turned down by English newspapers: why anyone in their right mind would deprive policemen of their right to open fire, they asked. The counterargument in the case of the article pleading for guns for Dalits was that it would encourage violence. This is an instance of how arguments are crafted to defend the state’s right to commit violence and to question the right of the oppressed communities to self-defence.

Then, I sent the article about arming Dalits to some periodicals that are known to be ‘progressive’ and ‘revolutionary’ and have a niche readership. One of them was the Economic and Political Weekly. I talked to its then editor in Mumbai, who asked me to resend it and I duly obliged. But the article was never published. Then, I sent it for publication in the ‘Dalit special number’ of Seminar. A week later, I was told that it was too long and needed to be shortened. I shortened it, and soon the issue was in the stands but the article was not in it. I asked the editor about my piece and I was told that it was not used as ‘it talked of guns’.

Thus, it is presumed that giving guns to Dalits would exacerbate violence. But when the same guns are slung across the shoulders of landlords and upper castes or are hanging on the walls of their homes, they become instruments of self-defence! The reality, though, is that these weapons are mainly used against Dalits. The Dalits who are killed by the police and landlords are described by the media and the government as naxalites and their killing justified. At the same time, the feudal landlords are referred to as farmers and the need for protecting and patronizing them is repeated ad nauseam. Dalits remain dalits only when atrocities are committed against them. When they fight against their repression, they become criminals, naxalites and Maoists.

The fact of the matter is that the media does not want the Dalits to take any independent initiative. It wants Dalits to continue to be objects of sympathy as it plays the role of their saviour. This is the key to understanding the media’s reporting on Dalit issues. The media wants to project only those Dalits who do not strike hard at atrocities against their brethren.

An English newspaper recently carried a report on how Girija Devi, a representative of the Musahar caste, which eats rats, was going to speak in the US. Musahars are a community imbued with revolutionary consciousness. But it was only referred to as a rat-eating community. Why? Because that not only brings some novelty and attraction to the story but also it can be used to prove how globalisation had given a representative of an utterly impoverished community an opportunity of travelling to the US. It is in this perspective that the issues of Dalits in media, Dalit representation and Dalit concerns should be seen. 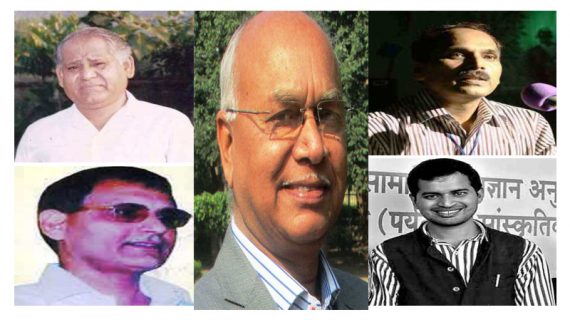