To see India closely and understand her, Pramod Ranjan, Anil Varghese and I are on a nation-wide tour. We started at Delhi’s India Gate on 5 January 2016 and, traversing through Haryana, Rajasthan and Gujarat, have reached Maharashtra. But I seem to have got stuck in Haryana, particularly in the new politics taking shape there.

On reaching Rohtak in Haryana, we were welcomed by journalist Rajesh Kashyap, who has been associated with FORWARD Press as a freelancer. Rohtak is a major commercial centre not far from Delhi. 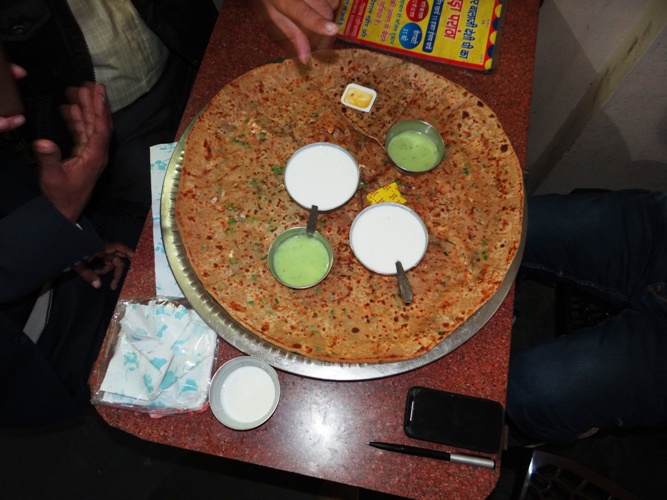 The first thing we were introduced to in Rohtak was the town’s famous parathas. “Eat three and win Rs11,000 as prize”, declared a signboard in one of the paratha joints. We first thought it was a joke but then decided to give it a try. When we told Kashyap about the decision, he said smilingly, “Yes, of course you can eat it and rest assured, if you are able to consume three, the restaurant owner will give you the prize money.”

Over a cup of tea, we first discussed and debated the purpose of our trip. Then political and social issues came up. Along with a friend of Kashyap, we also discussed the contribution of FORWARD Press and its future.

With news of atrocities against and oppression of Dalits pouring in from Haryana over the past few years, we all were keen to understand the state’s social dynamics and also why Jats could virtually get away with anything in the state.

As we discussed the sociopolitical changes and movements of Haryana, we were told that the politics of Haryana is Jat-centric. Whether it is the Congress or the BJP, it is the Jats who call the shots. They form about 20 per cent of the population and given our first-past-the-post electoral system, they can do without the votes of other communities. Additionally, they own of most the most arable land in Haryana. 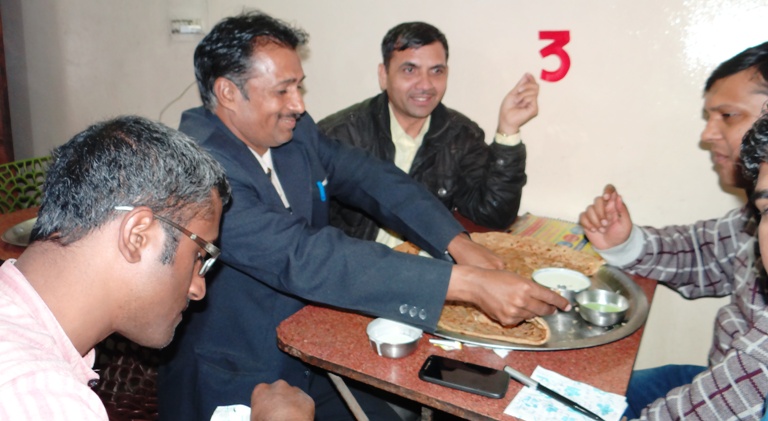 It’s their land that lends them economic strength and the politics makes them socially powerful. The new centres of power emerging in Haryana also draw strength from land ownership. But Jats have built their edifice of their sociopolitical domination on their land. They control all the levers of political and economic power in the state.

Discussions with the exploited and deprived communities revealed that the Jats are the biggest exploiters of the SCs, especially the Valmiki community. OBCs are also tired of the Jats’ attitude. Social activists said that if the most backward SCs and OBCs are coming together to take on the Jats, it is because the community is taking undue advantage of its political and economic muscle.

Social activists were convinced that the Karpoori Thakur formula was the best antidote to the social anomalies in the state and for ensuring representation of all communities in the government. The formula is at work in the state.

What is ironical is that the Jats, despite dominating everything that can be dominated, are demanding reservations! Rajesh Kashyap told us that the Jat reservation movement of February 2016 was horrific. There was anarchy in the state with the Jats openly indulging in violence, intimidation, crime and arson.

Kashyap said that due to the domination of the Jats, many castes are being forced to live in humiliating circumstances. And that, in turn, has spurred the emergence of non-Jat sociopolitical equations. It is a 35-versus-1 battle – that is, of the 36 caste groups in the state, 35 are on one side and Jats on the other. The Valmiki community of Haryana has great hopes from this new sociopolitical equation. The Valmikis know that they can hope for justice only when non-Jats emerge powerful in state politics and the politics at the Centre. The most deprived and most exploited SCs and OBCs of UP and Bihar are also banking on new sociopolitical equations for freeing themselves from the exploitation.

While we were talking, the paratha was served. It was with some difficulty that the six of us could consume the single piece. It was clear that it would be humanly impossible for anyone to consume three parathas and win the Rs11,000 reward. But in Haryana, only one community has been consuming the enjoying the social, political and economic paratha. We can only hope that the unity of the hungry and the deprived will get them a share in the delicacy. 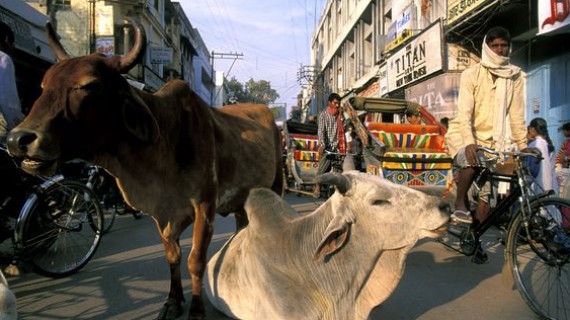 So that cows remain safe in the sheds

Experience gathered over generations has taught cattle-rearers when to sell off a cow or bull, and when they do so, they know very well that their animal would be taken straight to the slaughterhouse. This is their economic compulsion