It is well known that Babasaheb Dr Ambedkar never wrote any poetry, story, play or any other work of fiction. But he did leave behind reams of scholarly work. His writings were mainly in English and were the product of deep study and contemplation. Babasaheb’s literature is even more relevant today than it was when it was written. His literature is the subject matter of research not only in India but also abroad. We have come to know many new things about his life and accomplishments but his writings and thoughts are relatively less known. This article attempts a bird’s-eye view of Ambedkar’s literature. 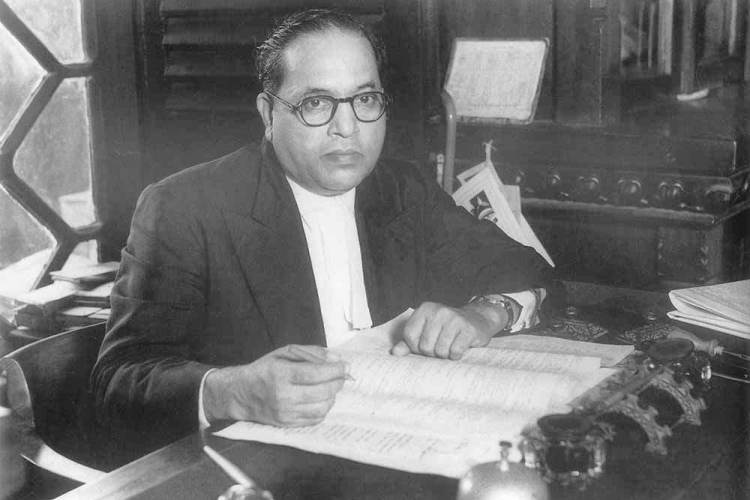 Some of his books were published in his lifetime while others came out after his death. The list of his published books include:

4. The Evolution of the Provincial Finance in British India (1924)

6. Mr Gandhi and the Emancipation of the Untouchables (1945)

9. What Congress and Gandhi have done to the Untouchables (1945) 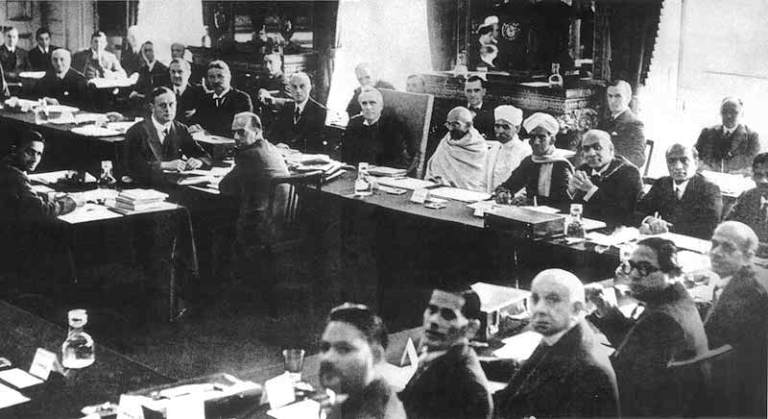 The above-listed books of Dr Ambedkar have a wide sweep. His analysis is penetrating and precise. A brief description of the subject matter of his key books is given below:

According to him, there are four aspects of the problem of caste in India:

i) Despite being an admixture of different elements, the Hindus have a strong cultural unity.

ii) Castes are a part of this gargantuan cultural identity.

iii) Originally, there was only one caste.

iv) Different castes came into being through ostracism or copying[i].

3. The Problem of the Rupee: Dr Ambedkar wrote this thesis for his DSc degree from the University of London in October 1922. It was published in the form of a book in December 1923. This is an analysis of how the British, by linking the value of the Indian Rupee with the British Pound, had made maximum profit while pushing the Indians into deep economic morass. That had led to Indian money flowing into the coffers of the British Empire and being used in the interest of the British people. 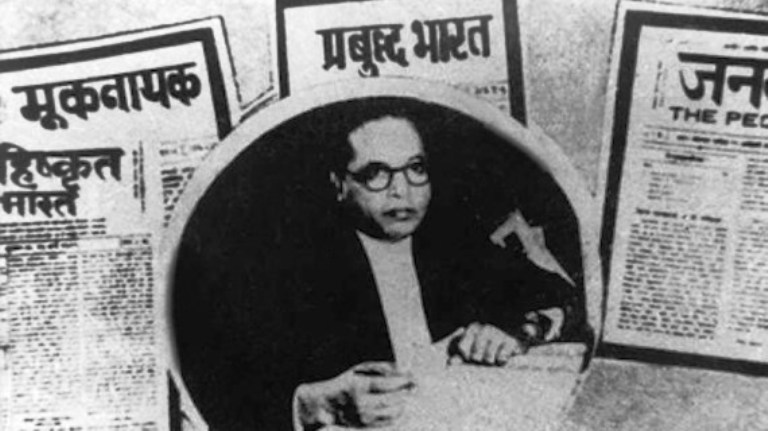 4. The Evolution of the Provincial Finance in British India: This was Ambedkar’s PhD thesis, which he had submitted in Columbia University in 1916. The book, published in 1924, is dedicated to the ruler of Baroda Shrimant Sayajirao Gaikwad, who had sent him to the US for higher education. This book brutally exposes the British bureaucracy in India.

5. Annihilation of Caste: Published in 1936, this is Ambekar’s best-known book. The Jaat-Paat Todak Mandal (The Forum for Breaking the Caste System) had invited Dr Ambedkar to deliver the presidential address at the organization’s annual session at Lahore in March 1936. However, when the organizers saw the draft of the Ambedkar’s speech, they got cold feet and requested Ambedkar to make changes in it. But Ambedkar refused point-blank. Later, the speech was published in the form of a book in 1936. The book is only a few pages long but is thought provoking. Dr Ambedkar dwells on how to annihilate caste by attacking its very roots. He says: “If you have to breach this system, you have got to apply the dynamite to the Vedas and the Shastras, which deny any part to reason; to the Vedas and Shastras, which deny any part to morality. You must destroy the religion of the Shrutis and the Smritis. Nothing else will avail.[ii]”.

7. Thoughts on Pakistan: This is Ambedkar’s much talked-about book. It appeared in 1945, when the country was in turmoil over the impending Partition. The book offers a solution to the problem and played a key role in resolving it. Dr Ambedkar wrote, “The book, by its name, might appear to deal only with the X.Y.Z. of Pakistan. It does more than that. It is an analytical presentation of Indian history and Indian politics in their communal aspects. As such, it is intended to explain the A.B.C. of Pakistan also … The material relating to Indian history and Indian politics contained in this book is so large and so varied that it might well be called Indian Political What is What”[iii].

8. What Congress and Gandhi have done to the Untouchables: This book, also published in 1945, scrutinizes the work that the Congress and Gandhi have done for the Untouchables and pulls them up for not being on the right track. The book argues that the Congress used the issue of emancipation of the Shudras as a tool for furthering its political interests. It says the Congress’ programme for emancipation of the Shudras is more about publicity and less about sincere efforts. The book urges Dalits to be wary of Gandhi and Gandhism. According to Dr Ambedkar, if there is any “ism” in the world that has used religion as an opiate to subdue the masses and has fed them wrong concepts and hollow promises, it is Gandhism. Gandhism cheats the Untouchables.

9.Who were the Shudras?: This book explores and analyzes the history of the origin of the Shudras. It says that “Shudra” is not merely an etymological term but has historical connotations. Ambedkar writes that who are called Shudras today were once Survanshi Aryan Kshtriyas.

10. Status and Minorities: This book was published in March 1946. Here, Dr Ambedkar presents an outline of a socialist society and forcefully argues that socialism should be ushered in in India through Constitutional provisions so that the legislature and the executive will not be able to tinker with it. He says that parliamentary democracy is a just system of governance and state socialism should be introduced in India through parliamentary democracy. 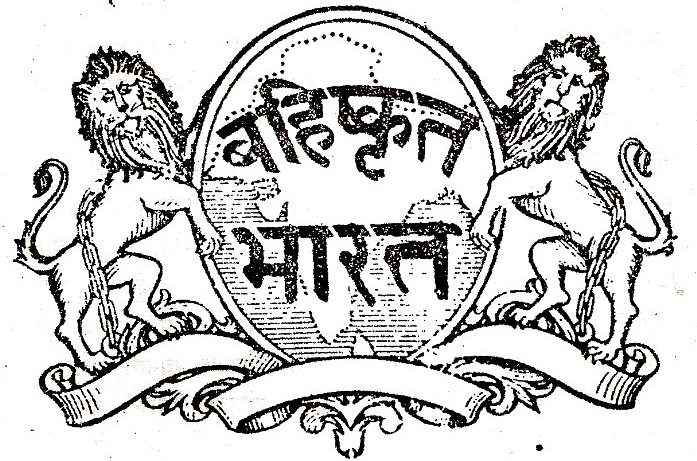 11. The Untouchables: This book, published in October 1948, dwells on how untouchability originated. Armed with credible evidence, Dr Ambedkar has proves that, “The Untouchables were the vanquished people who were declared Untouchables as they had embraced Buddhism and had refused to give up eating beef.” Ambedkar contends that the practice of untouchability must have originated around 400 AD. His conclusion is that untouchability was the product of the battle for supremacy between the Buddhist and the Brahmanical religions[iv].

12. Thoughts on Linguistic States: This important book came out in 1955. While describing the linguistic divisions of the country, Dr Ambedkar accepted the universal principle of one state, one language and emphasized on making Hindi the official language of the country. He said that a common language could bind a national together and make exchange of ideas easier.

13. The Buddha and his Dhamma: This book, published posthumously, in 1957, has a special place in his works. It can easily be described as a Buddhist scripture, as it makes a detailed analysis of Buddhism. According to Dr D.R. Jatav, a scholar of Ambedkar’s works, the book “raises some very pertinent and original questions and provides scholarly and intelligent answers to them. Ambedkar dismisses the division of Buddhism into Hinayana and Mahayana sects. He says that the Lord Buddha’s religion is one, though there may be different philosophical interpretations of its teaching. He argues that there cannot be two Buddhisms.”

In addition to these books, Dr Ambedkar wrote many articles in English and Marathi, which were published in different magazines and newspapers and they all have literary and social value. These include “Labour and parliamentary democracy”, “Need for checks and balances”, “My personal philosophy”, “Buddhism and Communism”, etc. 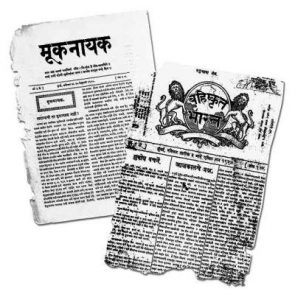 In view of the importance of Ambedkar’s writings and the popular demand for them, the education department of the Maharashtra government drew up a programme to publish a collection of all his writings and speeches. To date, 22 volumes of Babasaheb Ambedkar: Writings and Speeches have been published. These volumes, first published in English, are immensely valuable and have been reasonably priced. The first volume of the series was published on 14 April 1979, the birth anniversary of Ambedkar.

Due to the popular demand for Dr Babasaheb Ambedkar: Writings and Speeches, the Ambedkar Pratishthan, under the Ministry of Social Justice and Empowerment, Government of India, decided to have the volumes translated into Hindi. So far, 21 volumes titled Babasaheb Dr Ambedkar: Sampoorna Vangmay have been published. Such has been the demand that the series has run to many editions. It has played an important role in spreading the thoughts of Dr Ambedkar in the Hindi belt.

Dr Ambedkar launched several newspapers and magazines to make the Dalit community aware. He edited most of them. These publications played an important role in taking his movement for the emancipation of the Dalits forward. In that sense, Dr Ambedkar laid the foundations of Dalit journalism. He was the first and the foremost editor and publisher of Dalit journals. The publications that he edited can be the ideal of any journalist. Given below is a brief description these newspapers and magazines:

1.Mook Nayak: This Marathi fortnightly was launched on 31 January 1920. Though Dr Ambedkar was not the editor of the publication, he was the moving spirit behind it. The editor was Panduram Nandram Bhatkar, a Mahar by caste. Mook Nayak was the voice of the voiceless – the Dalits. It voiced their pains, served to create a new consciousness among them and urged them to agitate to better their lot. Due to financial constraints, the publication did not last long but it did succeed in its objective of creating a wave of consciousness among the Dalits.

2. Bahishkrit Bharat: After Mook Nayak ceased publication, Dr Ambedkar launched another Marathi fortnightly, Bahishkrit Bharat, on 3 April 1937. Published from Bombay and edited by Ambedkar himself, the newspaper brought to the fore the problems and complaints of the Untouchables. Ambedkar also used it to answer his critics. In one of the editorials of the newspaper, Ambedkar wrote, “Had Tilak been born an Untouchable, he would not have come up with the slogan of “Swarajya is my birthright”. Instead, he would have said “Elimination of untouchability is my birthright”. This newspaper also played a seminal role in awakening the Dalits.

3. Samta: This newspaper, which began publication on 29 June 1928, was the organ of the Samta Sangh, an organization floated by Dr Ambedkar for bringing about social reform. Dr Ambedkar had appointed Devrao Vishnu Nayeek as its editor.

4. Janata: After Samta shut down, Dr Ambedkar launched Janata. Its maiden issue came out on 24 November 1930. It continued publication for 26 years till February 1956. Ambedkar highlighted the problems of the Dalits through it.

5. Prabuddha Bharat: After Dr Ambedkar embraced Buddhism on 14 October 1956, he renamed Janata as Prabuddha Bharat. Its front page declared itself as the organ of Akhil Bharatiya Dalit Federation.

All the newspapers brought out by Ambedkar were published in Marathi, as it was the language of the masses. Babasaheb’s area of work was Maharashtra and Marathi was the commonly spoken language in the region. As we all know, Babasaheb has an unimpeachable command of the English language but he still brought out his newspapers in Marathi, as the Dalits of Maharashtra were not educated and could not have been expected to read and understand English. At the time, Mahatma Gandhi was also bringing out the newspaper Harijan to project himself as a benefactor of the Dalits. The newspaper was in English. This fact alone exposes the Mahatma’s chicanery.

Raj Bahadur is a research scholar in the Department of Hindi, Lucknow University. 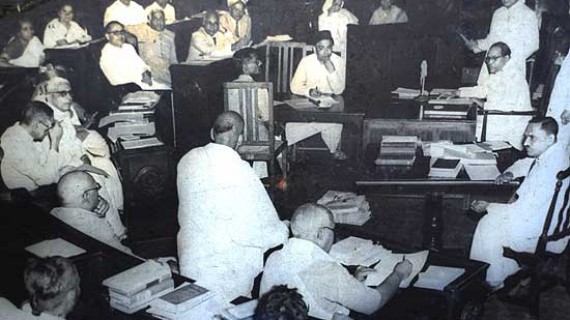 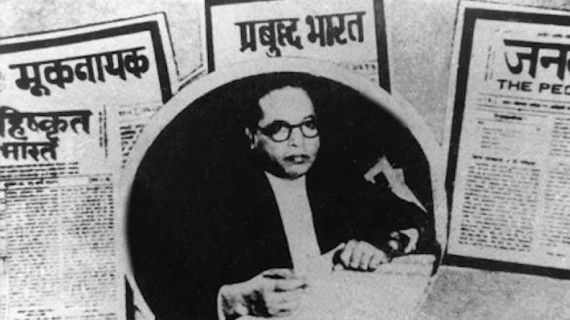 Ambedkar & the media: To empower, not to hero-worship

Ambedkar realized early on the importance of financial independence when one worked for the public good. Hence, while he ran the newspaper, he never gave up practising law. Finances were a concern for a newspaper then as they are today 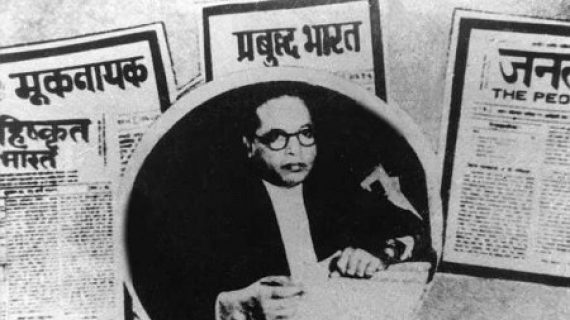 Ambedkar’s journalism and its significance today

It is clear that until every section of society does not get due representation in the media, the one-sided, solicitous and unbalanced dissemination of information will continue. It was to counter this imbalance that Ambedkar wanted Dalits to have their own media outlets. He believed that only Dalit journalism could battle injustice faced by Dalits