Christophe Jaffrelot is one of the pioneer scholars on Dr Ambedkar’s thought and philosophy. He has co-edited a new book titled Dr Ambedkar and Democracy: An Anthology with Prof. Narender Kumar, who is a professor in Jawaharlal Nehru University, Delhi.

Ambedkar, in his writings on communalism, posited that in democratic politics if the communal majority undermines state power then it is imperative for the democratic state to develop a certain institutional mechanism to safeguard the rights of the minorities. In other words, it is imperative to bridge the gap between the majority and minority communities. However, the incumbent political regime in India has aided a widening of this gap between the two communities on the pretext of a democratic process. 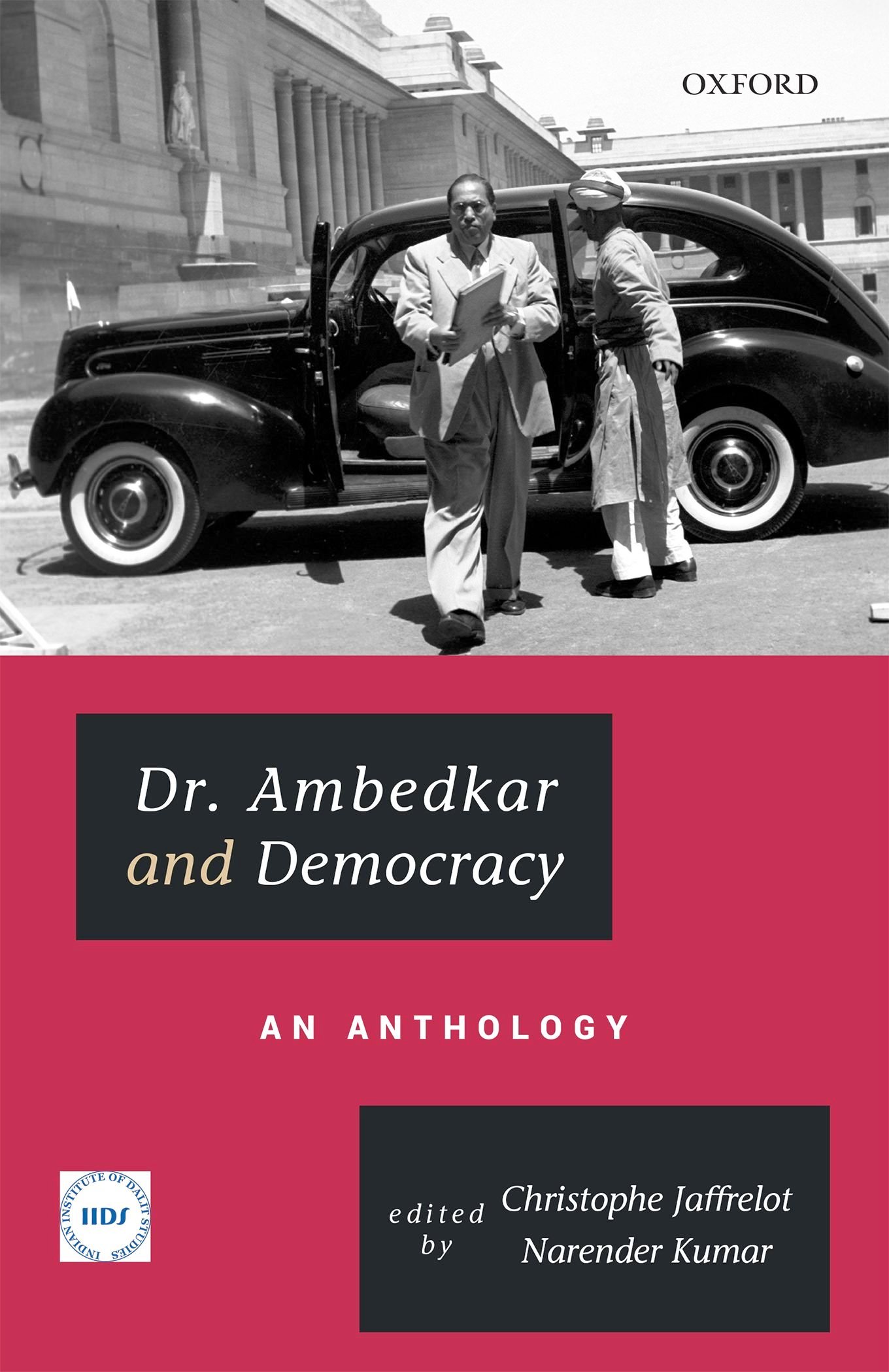 Dr Ambedkar and Democracy is particularly relevant today due to its hard-hitting analysis of communal problems and the solutions it suggests. For instance, it delves into the Uttar Pradesh’s state assembly election held in 2017, where the BJP secured an unprecedented majority without fielding even a single Muslim candidate. Overall, during the post-Independence period, Muslim representation has drastically gone down. Currently, there are only 23 Muslims MPs in Parliament when Muslims constitute 14 per cent of the total population. There should be no doubt that this goes against Ambedkar’s idea of democratic inclusion of minorities in the governance system.

What is even more disheartening to hear and read are the blatant aspersions on minorities, Muslims in particular, by ministers in the current regime. Recently, a BJP minister publicly condoned deletion of Constitutional safeguards for minority rights. This remark was based on the belief that in India the minorities have more rights than the majority, which is untrue and against the principle of equal opportunity. Moreover, the point to be underlined is that several studies by civil society groups clearly show the dismal socio-economic and educational conditions of Indian Muslims. In fact, their condition is worse than that of any other socio-religious group. Sachar Committee Report (2006), Rangnath Mishra Report (2007), and Amitabh Kundu report (2014) have corroborated the unabated perpetuation of Muslims marginalization in all walks of life.

Given this context, editors of this Dr Ambedkar and Democracy have also underlined Dr Ambedkar’s idea of giving more rights and financial assistance to minority communities.

Social democracy and associated living in a democracy 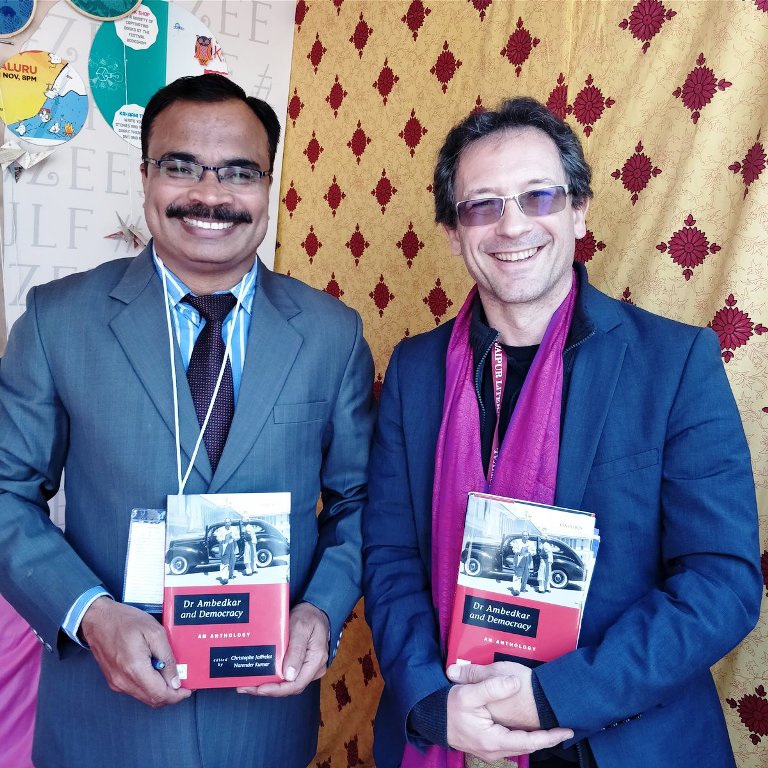 Ambedkar’s viewed social democracy as a necessary condition for the success of political democracy, and argued that social democracy primarily involves the idea of social justice (p xii). Dr Ambedkar’s view on democracy is not confined to a form of government and state apparatus; it is more than a system of political governance. For Ambedkar, democracy was a primary mode of associated living with an attitude of respect and reverence towards the fellowmen (p viii). And the essence of democracy, according to Ambedkar, is the doctrine of “one man, one vote”. Political democracy attempts to implement this doctrine by “one man one vote”, and by securing civil liberty – liberty of movement, of speech, thought, reading, writing, discussion, and of action – and political liberty – with regard to the role played by the individual in the framing of law and in the making and unmaking of governments (p ix).

Prof Sukhadeo Thorat, in his foreword, talks about the idea of democracy as Ambedkar saw it during the nation-building phase. He writes that “for Dr Ambedkar, democracy is primarily a mode of associational living with an attitude of respect and reverence towards fellowmen”. (p vii).

Furthermore, while discussing the relevance of the ideas of Babasaheb on the economy, he further writes, “Ambedkar proposed an alternative economic framework in the form of a particular type of socialism in which he suggested state ownership in agriculture, and basic industries.” (p x)

For Ambedkar, Hindu caste society, sanctioned by the scriptures, was against the notion of egalitarianism. That is why Dr Ambedkar advocated Buddhism, which promotes the idea of liberty, equality and fraternity in all walks of life.

The authors point out that Dr Ambedkar’s reading of Buddhism does not only have social implications but also political implications. He was of the view that the “religion of the Buddha gives freedom of thought and freedom of self-development to all”. According to Ambedkar, “the rise of Buddhism in India was as significant as the French Revolution”. (p xiv). 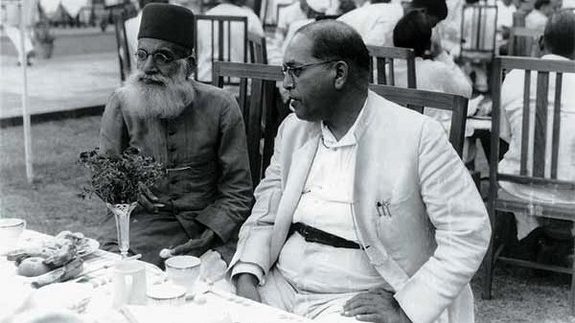 The BJP’s politics around Ambedkar is limited to symbolic appropriation. The party in power today betrays the egalitarian approach of Ambedkar and uses him as an anti-Muslim seal by quoting his comments on religious communities out of context. Ambedkar was a votary of social justice and socio-economic equality, which the BJP assiduously evades in its political campaign.

As evident from the chapters in this book, Ambedkar’s views on the representation of minorities are very elaborate and insightful. They cover the gamut – the definition of minority, principles justifying minority representation, the electoral method for minority representation, and general safeguards against the communal legislative majority. Ambedkar observed in the mid-1940s, the implication of a communal majority for the nation and nationalism. In this regard, he said that “unfortunately, for the minorities in India, Indian nationalism has developed a new doctrine which may be called the divine right of the majority to rule the minorities to the wishes of the majority. Any claim for the sharing of power by the minority is called communalism while the monopolizing of the whole power by the majority is called nationalism.” (p. xvii)

Given the onslaught of far-right Hindutva ideology and politics, Dr Ambedkar and Democracy has been a welcome intervention. This volume has addressed pressing questions on minority rights, social justice, representation, caste-based discrimination, etc. The dream of nation-building cannot be realized unless we safeguard the rights of the masses. Therefore, we strongly urge academics and laymen alike to return to Dr Ambedkar’s thoughts – via Dr Ambedkar and Democracy. 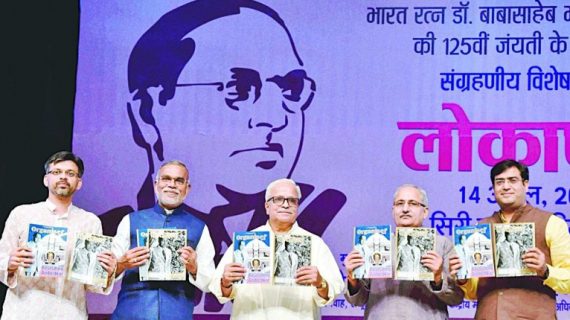 Brahmanization of Ambedkar: A conspiracy 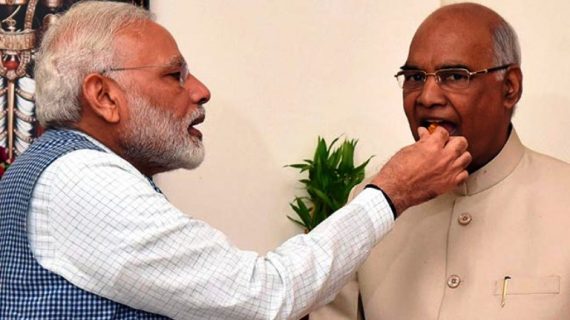 Which sort of a Dalit is His Excellency Kovind?

Ram Nath Kovind’s views on the welfare of Dalits do not inspire hope. His statements on different occasions reflect his poor understanding of the problems facing his community