To all queries and enquiries made by various persons on different occasions about my caste, my reply has consistently been “I have no caste, I have become caste-free”. This sometimes resulted in interesting situations of which I shall relate two instances.

In 1980, Giani Zail Singh became Union Home Minister in the government led by Indira Gandhi. At that time, I was Joint Secretary, Ministry of Home Affairs, in charge of SC and BC Development and Welfare. I had been in the post since 1978 when the Janata Party was in power. Noticing the consistency and seriousness with which I was pursuing issues of SCs, Giani Zail Singh was intrigued and began to ask other officers of the ministry what “my caste” was. Each of them replied to him that they knew me over such and such number of years and to their knowledge my position always was that I have no caste. Sri S. Varadan, Additional Secretary, told the Minister that he had known me for the previous 30 years and my position was consistently that I was casteless. A few months later, at the sidelines of a meeting, Shri Giani ji told me about his previous enquiries and the replies he got from other officers and informed me that he had found out that I belonged to such and such “high caste”. He asked me, in view of this, what was the need for me to conceal my caste. The implication of this query was that it is only persons born in “lower” castes who need to conceal their caste and not persons who are born in “high castes”.  I told him that mine was not an act of concealment of Caste but denial of Caste and that my denial of caste and opposition to caste is not directed against any particular caste, but against the entire Caste System. Giani ji finally summed up his feelings by saying that “God has given you the Buddhi to serve the deprived and the poor”. Giani ji was a rare BC [Backward Caste] person who had risen to a high political position as a State Chief Minister and Union Home Minister and in the Congress Party on his own strength, and finally President of India. He belonged to an artisan caste of SEdBCs [Socially and Educationally Backward Castes]. Others knew him as a person typical of the political culture of our country. I knew him as a person with sincere feelings towards Dalits.

‘A Crusade for Social Justice: Conversations with P.S. Krishnan’

Another instance pertains to the University Grants Commission (UGC). In a discussion in the early 1980s with the UGC Chairman, Mrs Madhuri Shah, and its all-powerful Secretary Mr Malhotra, I wanted the UGC to compel the universities to follow the rules of reservation in admissions as well as postings and withhold release of funds for salaries to any University that failed to do so, until it complied with the UGC’s direction in this regard. When the Secretary pleaded that the law does not provide powers to UGC to do so, I pointed out specific provisions in the UGC Act which, correctly interpreted, do empower the UGC to enforce the rules of reservation. The next day the discussions continued and, before I reached, the Secretary remarked before the other officers who had assembled, “Mr Krishnan is very intelligent, though a Dalit”, implying that intelligence and Dalits are mutually contradictory. Certain officers who knew me raised their voice and told him, “He is not a Dalit”. Then, without batting an eyelid, the Secretary said, “That is why he is very intelligent!”.

These incidents bring out the peculiar curiosity in our society to know about caste identities of individuals, the difficulty the people have in reconciling with the idea of a person of non-Dalit origin firmly standing for and working for the legitimate Dalit rights and also preconceptions and prejudices about the relationship between caste and personal qualities like intelligence. 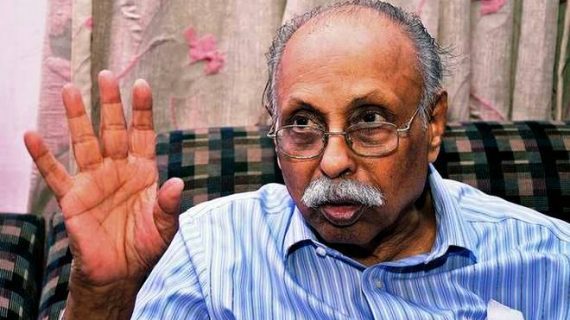 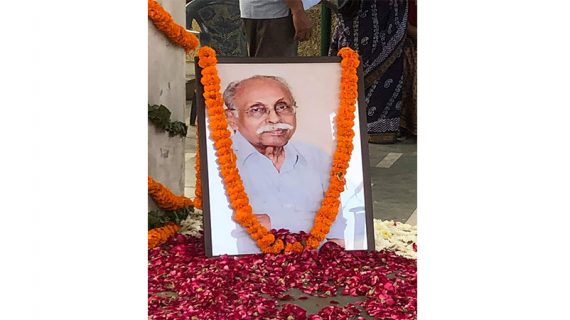 Born into an upper-caste family in Kerala, P.S. Krishnan worked for upliftment of the Dalitbahujans during his time in the IAS. He proved that even a civil servant could play a significant role in the formulation and implementation of government policies for the wellbeing of the deprived. He passed away in Delhi on 10 November 2019