The calendar has turned one more page. The year 2018 has bid goodbye to us and we are welcoming 2019. Cakes and sweets will be eaten, celebrations will be held and we will extend good wishes to one another. All of us will review our past and plan our future. As a country, we are quite good at speculating what the future holds for us. Pandits wearing longish tilaks will pore over horoscopes of their clients and make predictions. But I am more interested in talking about the past, as that is the foundation on which our future will be built. And here, too, I would like to review the year gone by, not from a personal perspective but from a national perspective. 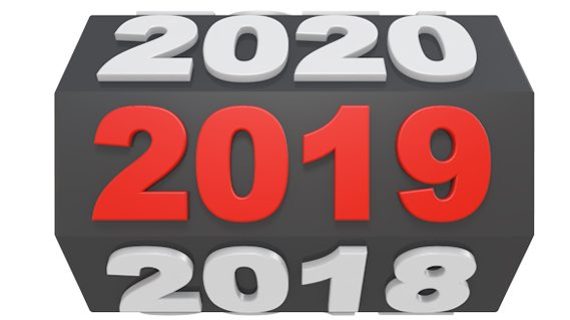 The past year was an eventful one. However, all years are eventful, but as our mind is full of the recent events, we tend to think that very important things took place in the year we just left behind. Let us have a bird’s-eye view of what happened in 2018.

The last year began with the Bhima-Koregaon incident. A group of Dalits going to Koregaon was attacked, leading to the death of one of them. As a reaction, protests were held in Pune and in other parts of Maharashtra. Slowly, the issue acquired a national character. I think it is time we had a comprehensive understing of the issue. The year 2018 marked the 200th anniversary of the fall of the Peshwas. Though the Peshwas only surrendered in June 1818, they lost the battle in Bhima-Koregaon in January that year. The armies of the East Indian Company and the Peshwas clashed at Koregaon near the Bhima River on 31 December 1817. The Peshwa army was 28,000 strong, with 20,000 infantry and 8,000 cavalry. The army of the Company had just 834 soldiers, 500 of which were Dalit Mahars. It was a very unequal battle. The battle continued till the next day. The British were amazed at the valour of the Mahar soldiers. Though 275 of them were killed, they won the battle and the Peshwa’s army had to flee the battlefield. The British built a victory memorial at Koregaon, which has the names of 49 soldiers etched on it. Of them, 22 were Mahar Dalits. It was for the first time that the names of Dalit soldiers appeared on a war memorial in India. But due to the character of our national movement, Bhima-Koregaon was always considered a symbol of India’s defeat. Ambedkar, though, saw it as a symbol of Dalit valour. The Dalits decided to celebrate the 200th anniversary of this day and Sangh’s men attacked them. This kicked up a nationwide controversy. 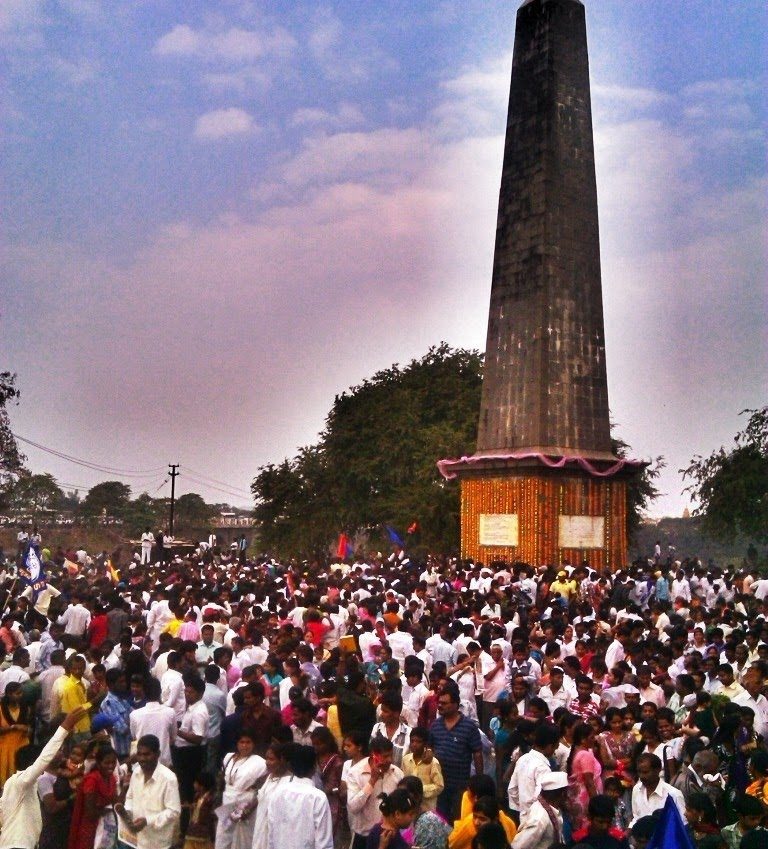 In a sense, the entire year was centred on Dalits. In April, a Supreme Court decision diluting the SC-ST Atrocities Act, kicked up a nationwide furore. The Bharat Bandh called to protest against the verdict evoked a good response in 11 states. This was the manifestation of a new Dalit nationalism and was significant in that respect. For the first time, the people felt that the Dalits can wage a democratic, political battle without any political platform. The call for Bharat Bandh was not given by any political party. It was entirely spontaneous. 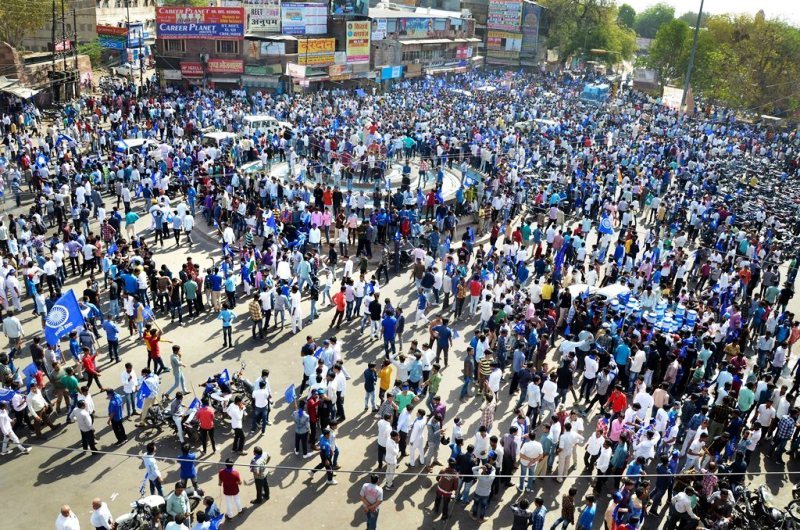 People take to the streets in Jodhpur, Rajasthan, during the Bharat Bandh (Photo courtesy: The Wire).

Recently, assembly elections were held in five states. Before that, Gujarat and Karnataka had gone to the polls. In all these states, the BJP had to suffer losses. In Rajasthan, Madhya Pradesh and Chhattisgarh, the BJP bastions crumbled like a house of cards. The BJP also faced reverses in Lok Sabha by-elections. It lost its political clout in Uttar Pradesh and Karnataka, forcing the BJP leaders to stop bragging. In political terms, 2018 witnessed a waning of the Modi charisma. By the year end, Modi had realized that he would have do without his “magic” in the General Elections.

The last year also saw Indians asserting their freedom in social and civic life. When the government, in August, arrested Varavara Rao, Gautam Navlakha, Sudha Bharadwaj, Arun Ferreira and Vernon Gonsalves, branding them as urban naxals, it evoked nationwide protests and the government had to back out. The nation sent out a message, loud and clear, that civil liberties are inviolable. This was a remarkable phenomenon.

Overall, 2018 was encouraging. The year ahead is full of challenges. The country will go to the polls in the first half of this year. This election will have far-reaching consequences. In the 1971 elections, the question was whether India will take the socialist way or the capitalist one. The Indian people chose socialism. In 1977, the issue was whether democracy would survive and the people gave it a new lease of life. The next election will decide whether Sangh’s Hindutva or Constitutional secularism would rule the roost in India. The people have to decide and we will have to keep our fingers crossed till they do. We can only hope that the people of the country will not give in and will once again uphold lofty ideals – as they have been doing every time. On this hopeful note, best wishes for the new year! 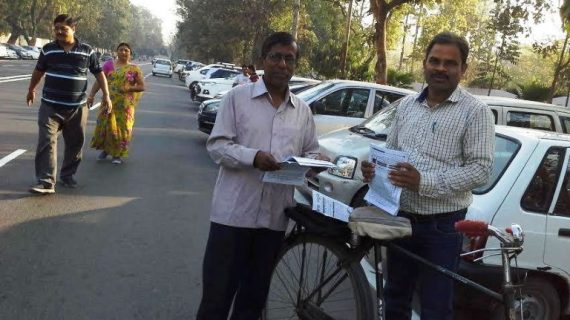 Birendra Yadav was a student of journalism at the Makhanlal Chaturvedi National University, Bhopal, in the Nineties – when Indian journalism started undergoing a change. He recalls his days as an OBC student, the casteism, regionalism and RSS-brand journalism that prevailed in the institution and his personal struggles 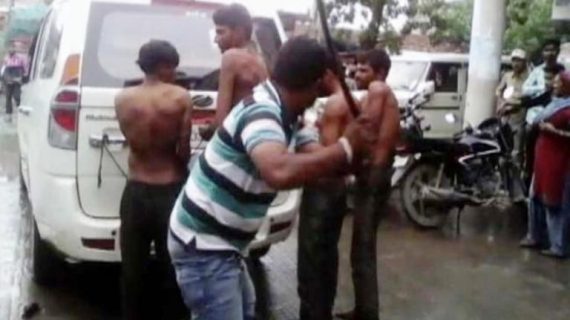 Atrocities against Dalits a means to sustain oppression

The good news is that Dalits are standing up to this reign of terror. Gujarat’s Dalits have left dead cows at a number of district headquarters and told the officials to dispose of the carcasses because their people are being beaten up openly. This is a good start to such resistance 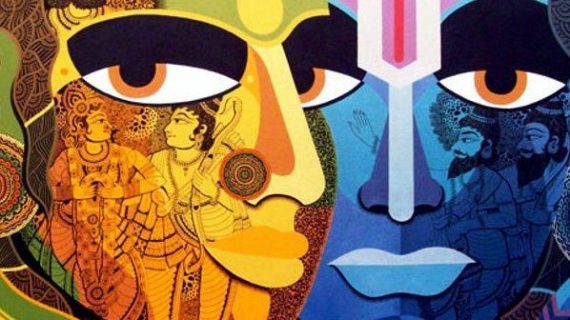 The chaste woman of RSS

Hindutva is the central idea of RSS’s ideology. The Hindu religion, wherein women are perceived merely as objects of gratification at the service of  men, characterizes Sita, Anusuya and Padmini as superior and divine whereas women like Surpnakha, Holika and Tadka are branded as ‘Rakshasi’ and ‘Kulta’.What is the Sangh’s woman discourse? Siddharth explores: