Bahujan Samajwadi Party (BSP) chief Mayawati and the Samajwadi Party (SP) president Akhilesh Yadav announced an alliance for the 2019 General Election in Lucknow on 12 January. We have to go back more than two decades to see what necessitated this alliance.

After the recommendations of the Mandal commission for reservations for OBCs in public services and higher education were approved in the early 1990s, the Rashtriya Swayamsevak Sangh (RSS) and its affiliates unleashed communal politics, culminating in the demolition of the Babri Masjid on 6 December 1992. This became known as Kamandal politics and led to the first alliance between SP and BSP in 1993. In the Uttar Pradesh Assembly elections that year, the alliance politically and ideologically defeated Hindutva politics with the famous slogan Mile Mulayam Kanshi Ram hawa mein udd gaya Jai Shri Ram (Mulayam and Kanshi Ram have come together, blowing away the cries of ‘victory to Ram’). 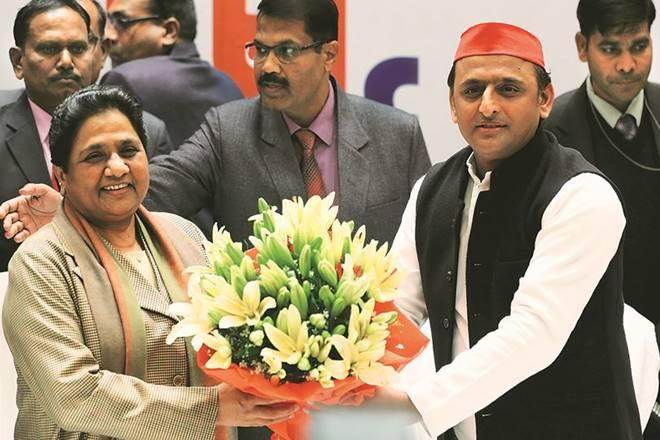 The situation today resembles that of the early 1990s and may be called Kamandal II – except that the backers of Kamandal are now in power. The BJP government led by Narendra Modi, with the RSS behind the scenes, have continuously attacked the idea of India and ethos of Indian constitution since it came to power in 2014 – the latest being the 10 per cent reservation for the Economically Weak Sections (read ‘Savarnas’), which goes against the philosophy of “social justice” and “representation” in our Constitution. 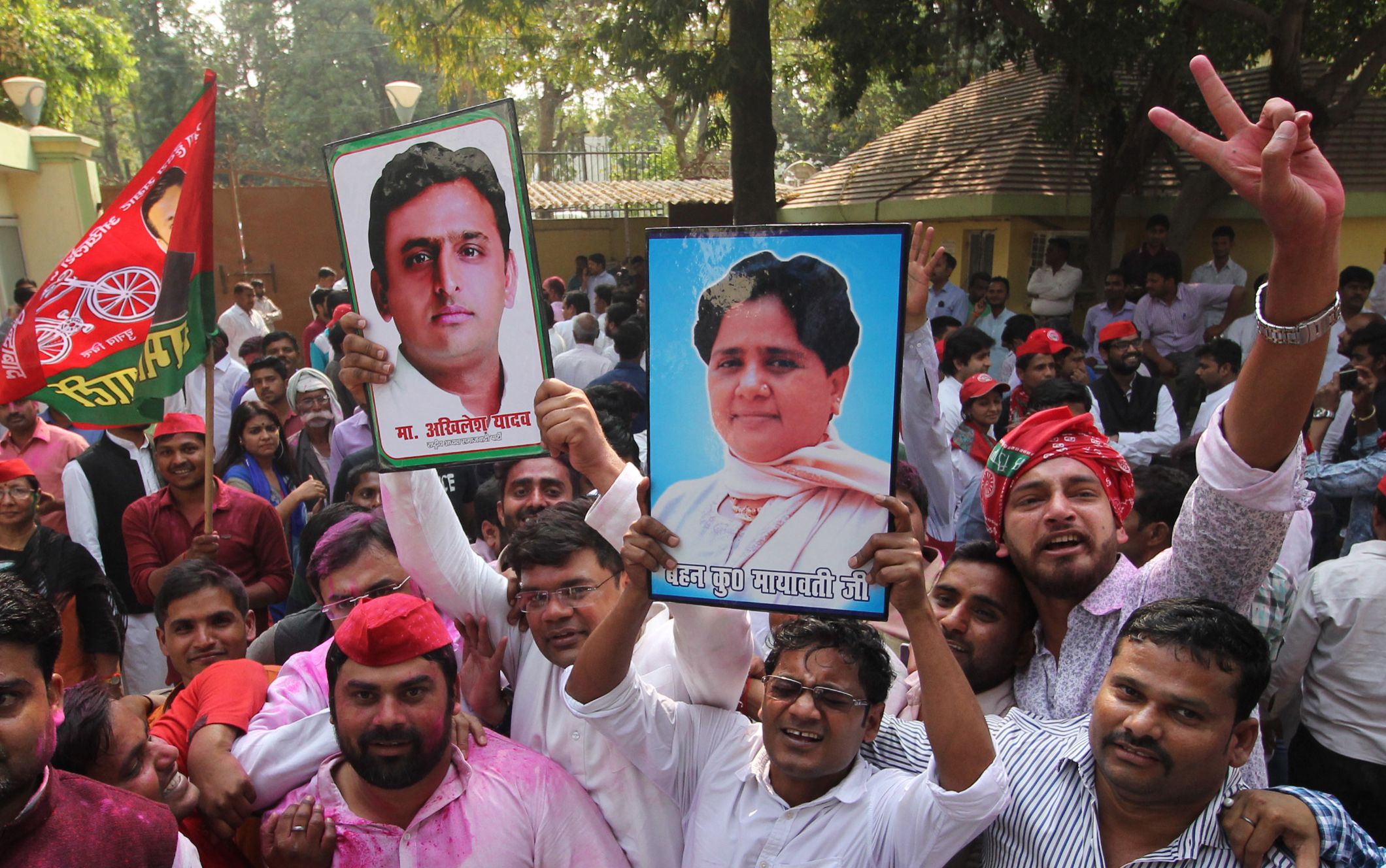 SP and BSP supporters in a show of unity

And so SP and BSP have come together again. They are also keeping a distance from the Congress, ostensibly to set themselves apart from the perceived presence of “soft-Hindutva” elements in the party. They have also argued that the Congress’ neoliberal economic policies aren’t very different from that of the BJP and RSS. In short, the current SP-BSP alliance leaders seek to bring about the unity of oppressed against neoliberal Hindutva, or as some people have named it, Kamandal II. 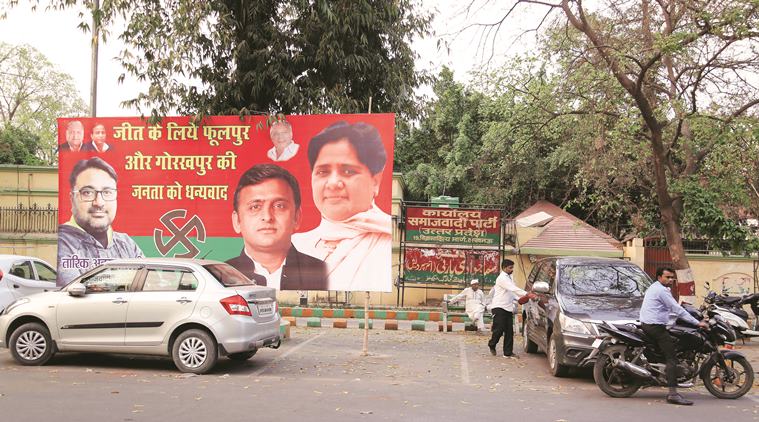 The 2018 by-poll victories in Phulpur and Gorakhpur Lok Sabha constituencies for the alliance made for a hint of the success of 1993 UP Assembly elections and a sign of the things to come. In 1993, the BSP contested 164 UP Assembly seats and won 67, while the SP contested 256 seats and won 109. Mulayam Singh Yadav, Akhilesh’s father, became chief minister.

More recently, even in the 2014 General Elections, when the Modi wave was the strongest, the combined vote share of the SP (22.2 per cent) and the BSP (19.6 per cent) was 41.8 compared to the 42.3 per cent of the BJP. Aligning with other parties championing the cause of the oppressed groups to widen the electoral base remains an option. Here, the alliance leaders will do well to remember how Kanshi Ram tried to create a cultural and political movement by uniting the Bahujan masses (Dalits, Adivasis, OBCs and converted religious minorities), constituting more than 85 per cent of population of the population. Bahujan leaders led by Kanshi Ram coined several revolutionary slogans like “Jiski Jitni Hisedari uski untni bhagidari” (Participation in governance should be in proportion to population), “Vote hamara raj tumahara nahi chalega nahi chalega” (Our vote and your rule won’t work) and “Jo zameen sarkari hai wo zameen hamari hai” (Government’s land is our land) to create a formidable challenge to the RSS-BJP’s idea of “cultural nationalism” in post-Mandal politics.

Narendra Modi government’s term has been marked by attacks on Dalits, Minorities, students, academia and human right activists. Demonetization, implementation of Goods and Services Tax (GST) and waving of huge corporate loans have destroyed the unorganized sector, increased unemployment and poverty, and led to an economic crisis. Besides, autonomy of institutions such as the CBI and RBI has been eroded and the credibility of the judicial process has come under a cloud. Welfare measures and programmes adopted by the Nehruvian version of socialist state have been cut down. According to the Centre for Monitoring Indian Economy (CMIE), more two crore Indian lost their jobs in 2018. Even the government’s own data shows a 17 per cent increase in communal violence in 2015 compared to 2014. The current situation thus presents SP-BSP alliance with both opportunities and challenges. 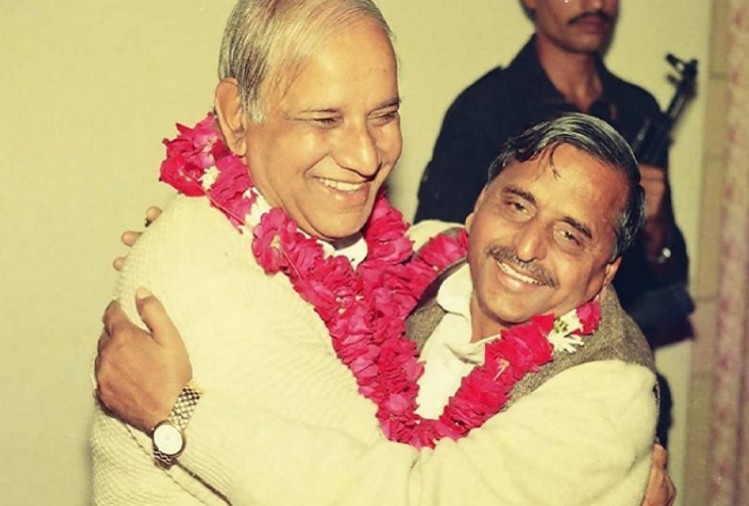 Challenges for the SP-BSP alliance

In his recent book, Republic of Caste: Thinking Equality in the time of Neo-liberal Hindutva (2018), Anand Teltumbde has underlined the limitations of the social-justice parties like the SP and the BSP, noting that whenever they have had political power, they have failed to address the substantive issues of subaltern masses, including caste. Noted French scholar Christophe Jafferlot has also said, in his India’s Silent revolution: The Rise of the Lower Castes in North India (2014), whenever social justice parties have played “quota politics” and captured State power, they have not addressed the problems of Bahujan masses. They have, as in the case of Lalu Prasad Yadav and Mulayam Singh, focused their energies on their own communities (Yadavs, for instance) and their families. Besides, Jafferlot also reminds us that through their programme of Sanskritization (adopting upper-caste food habits and culture), BJP-RSS has managed to bring Dalits and OBCs into its fold. This could be seen in the 2014 General Elections, when Dalits and OBCs voted for the BJP.

To overcome the intra-group tensions and democratize the socio-cultural sphere, Harish S. Wankhede has written that political power is not enough. He cited the experience of Maharashtra, where unlike in Uttar Pradesh, Dalits are more internally democratized because they have embraced the Buddhism and practise it in the cultural and social spheres. Due to the lack of fraternal social relations at the cultural and social level, in Uttar Pradesh, Dalits and OBCs have still failed to emerge as Bahujans, as a “political community”. That is the reason inter-caste conflicts among the Bahujans have not been abolished even though BSP and SP have come to power in Uttar Pradesh several times. Dr Ambedkar had reminded us that political revolutions would not succeed unless a social and cultural revolution took root in our caste-ridden society and resulted in “Annihilation of Caste”.

Given this scenario, the task ahead for this alliance is to democratize intra-subaltern relations and forge the larger Bahujan political community to contain the communal forces. While announcing their alliance, both Mayawati and Akhilesh said that BJP government have ignored the problems of the Dalitbahujan masses, referring to the state of affairs as an “undeclared emergency”. But they will do well to remember that they themselves have failed the Dalitbahujans and annihilation of caste has remained a far cry. It is high time that the SP-BSP alliance seriously considered the radical ideas of the Bahujan icons, B.R. Ambedkar, Jotirao Phule and Kanshi Ram, and incorporated their progressive, egalitarian vision in its manifesto ahead of the upcoming general elections.