A sociological analysis of slavery and the ideology of racism

The flames of an anti-racism movement have engulfed the whole world following the brutal murder of George Floyd, an African American who was taken into custody and murdered by a white policeman for allegedly using a forged bill, in the city of Minneapolis, in Minnesota, USA, on 29 May 2020. This movement seeks to challenge the very idea that legitimized slavery in the colonial era. The symbols of that era are being attacked and destroyed. In Boston, a statue of Christopher Columbus was uprooted and dumped in a lake. In other US cities, too, busts and statues of Columbus and other apologists of slavery were vandalized. In Bristol, England, the bust of Edward Colston, a 17th-century slave trader, was broken and thrown into river. Several other such statues, including of Queen Victoria, were defaced in Britain. The mayors of many British towns are mulling over whether the symbols and statues of the colonial era should be pulled down. This is a defining moment for the white supremacists who boast of having civilized the world. Tearing down the statues of colonialists, advocates of slavery and slave traders won’t change history but it can lead to a re-interpretation of the chronicles of the past which describe how certain people civilized the others and that re-interpretation, in turn, can teach us valuable lessons. Many states and cities in the US have begun considering new laws to reform the policing system. 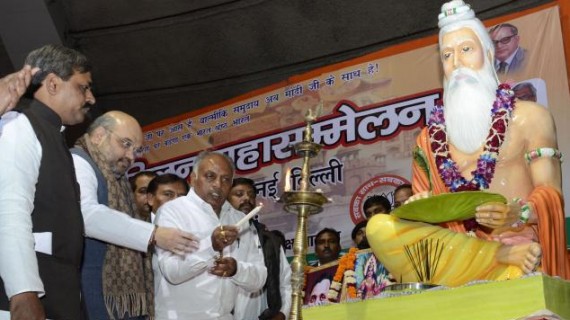 Whose does Valmiki belong to?

When you set out to discover Valmiki’s caste, you won’t encounter facts but legends and myths. And you may encounter both kinds of legends – some which try to usurp exemplary characters from the margins and others belonging to the margins buried here and there 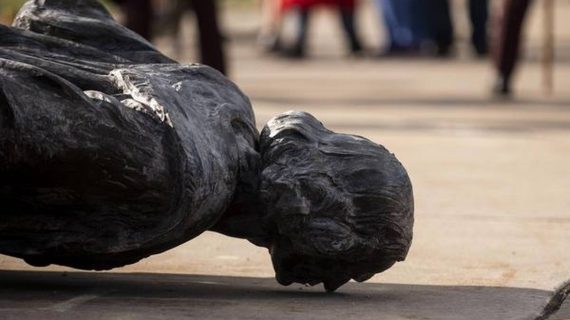 Racism, like communalism, Brahmanism (casteism) and patriarchy, is not an idea based on genetic attributes. Rather, it is an ideology that is constructed, reconstructed, nurtured and perpetuated in the day-to-day life and intellectual discourses, says Ish Mishra