One of the discoveries of these institutions has been that Narada was the world’s first journalist. Of course, only Indian journalists are aware of this discovery. The Hindi Wikipedia page on Narada Muni contains a detailed introduction to him, which, among other things, says that the fifth chapter of the Sabhaparva of the Mahabharata portrays Narada as “the Devarshi who understood the essence of the Vedas and the Upanishads; who is worshipped by the Devtas; who is an expert in history and the Puranas, and conversant with the things of the past; who knows the elements of justice and religion; who is an outstanding scholar of education, grammar, Ayurveda and astrology; who has mastered music; who is a great orator; who is intelligent; who is a politician, a poet and a great pandit; and who has the ability to clear the doubts of great scholars like Brishaspati.” In the Brahmanical scheme of things, Mahabharata is considered a religious scripture. Dr Bhimrao Ambedkar and social scientists have dwelt at length on this epic. 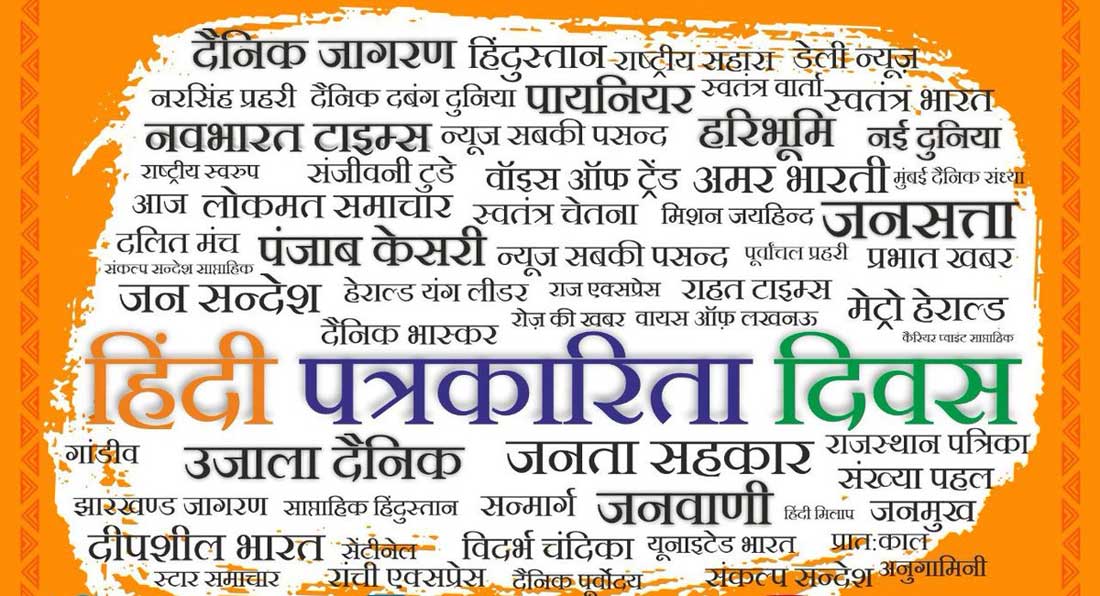 Hindi newspapers are becoming part of the political project of Hindutva

Hindi Journalism Day is celebrated on May 30 to commemorate the publication of a Hindi newspaper. It was launched from Kolkata on this day. The publisher was Yugal Kishore Shukla, a resident of Kanpur, who had moved to Kolkata looking for a job. He worked in the civil court and then practised law there. On 9 February 1926, he sought permission to publish a weekly Hindi newspaper under the title Udant Martand in Devnagri script. The permission came through on 16 February 1826 and the first issue came out on 30 May the same year. Many newspapers in English and Bangla were being published from Kolkata at the time. The first one was Bengal Gazette Calcutta General Advertiser, which came out on 29 January 1780.

Objectives behind bringing out Hindi newspaper

The use of newspapers as tools for establishing economic, social or political hegemony is common enough. Pandit Yugal Kishore Shukla issued a letter of intent before launching the first newspaper in Hindi. It said, “Shriyut Yugal Kishore Shastri, a resident of Kanpur village in Antarved (the area between Ganga and Yamuna, extending from Haridwar to Prayagraj), of the Kanyakubj caste, who is a well-wisher of the people of his country, will publish ‘Udant Martand’ to light up the minds of Hindustanis, which are enveloped in darkness. Its price has been fixed at Rs 2 per month. The gentlemen who desire to have this newspaper can send their men to House No 37, Amdatala Gali.”

It is apparent that the newspaper was brought out for the ideological mobilization of a particular class of people who believed not in Hindustan but in Hindu-sthan and for promoting dialogue between them. Its objective was to prepare the ground for the Hindu-sthan stream in journalism. In Hindi journalism, from Bhartendu to Balmukund Gupt to Vishnu Paradkar and from Mahavir Prasad Dwivedi to Ganesh Shankar Vidyarthi and Makhanlal Chaturvedi and Premchand – all led different streams. Hindi journalism is about getting ideas that are being established in Hindi as a language to infiltrate journalism. Hindi journalism is less about the Hindi language and more about the political ideology of hegemony. Let us understand it in this way. Hindi is a relatively new Indian language, probably the newest. It has been made part of a new project of political nationalism. This nationalism stands for Hindi, Hindu, Hindusthan – a cause it embraced during the days of opposition to Urdu.

Purushottam Agarwal and Vasudha Dalmia write that after 1857, a new consciousness related to Hindi arose in the cities of north India, which took the form of a major movement within a span of a few years. Its promoters were Agarwal-Khatris, businessmen, small landlords, big farmers, Patwaris, Kanungos and Pandits – whose children had started working in schools, courts, government departments and the army. From these sections arose a Hindi middle class, which was upper-caste but was not well placed in economic terms. They satisfied only some of the criteria considered essential for being labelled as aristocrats. According to Francesca Orsini, in the world of Hindi, the forces which upheld unanimity and consent as virtues were the ones which ultimately dominated – whether it were newspapers and magazines or literary organizations or even the Congress. They all adopted a Hindi which was pure but was neither indigenous nor reflected the diversity of the Hindi-speaking region. Things came to such a pass that even the anti-dominance and pro-diversity forces opposed the powers that be in the highbrow Sanskritised Hindi that negated cultural diversity. It is this attitude that has been dominating journalism in the Hindi language and it is something that can be clearly felt in the present times in a diverse Indian society.

What Narada Muni stands for in the Hindusthani stream of journalism

One characteristic of the Hindutva stream is that it arrogates to itself the origination of all that is considered modern in our world. It tries to lend historicity to mythology, and projects as facts, the flights of fancy of fiction writers. Thus, Uddankhatola of the Ramayana is presented as the modern aircraft and Sanjay’s thumb in the Mahabharata as the television. Literature and texts all over the word have such concepts. Modern journalism developed with the rise of modern democratic thought. Journalism and democracy are thus interlinked. However, the Hindutva stream is out to establish Narada Muni as the original journalist. The projects for cultural dominance have very weak, if any, heritage and they negate diversity. The feeling of insecurity that this engenders makes them present their constructs as matters of faith – as something which you are supposed to mug up, not understand and digest.

Narada is presented as the original journalist on Hindi Journalism Day. Even theses are being written to lend historicity to this mythical character. Linking Narada with the publication of Udant Martand is part of the project of infusing Hindi journalism with Hindutva. It remains to be researched as to how and when the exercise to establish Narada as the originator of journalism began.

Similarly, the launch of Udant Martand is presented as the inauguration of Hindi journalism, but there has been no review of the contents of the 79 issues of Udant Martand to find out what kind of journalism it pursued. The manner in which the editor of the newspaper introduces himself and the kind of readers he seeks are enough to decipher his motives and biases. Its publication is presented as a matter of pride. No attempt is made to find out what the newspaper stood for. 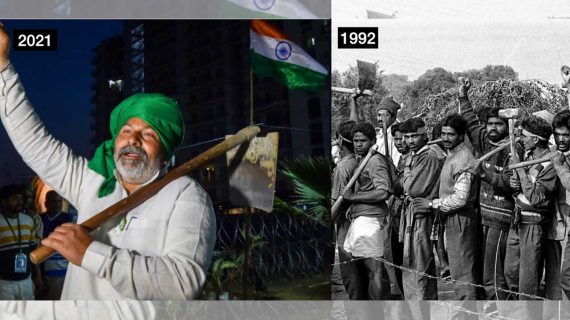 The farmers’ protest and the new Shudra consciousness

The unity and solidarity across castes in the farmers’ protest can be seen as a rise in Shudra consciousness, which emphasizes the dignity of labour as a philosophical force and which can alter the existing hegemonic relations socially and politically, writes Pallikonda Manikanta