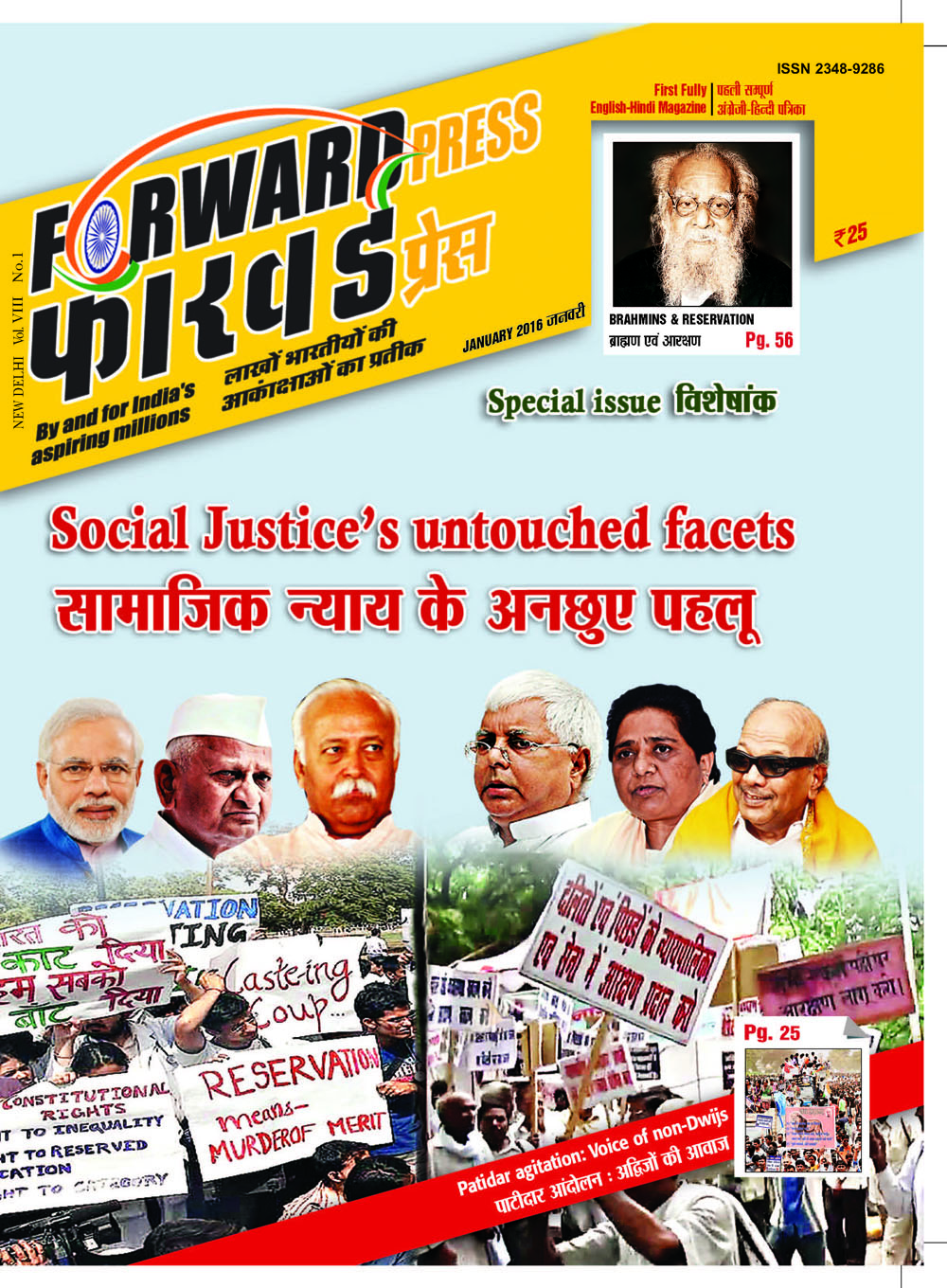 At a time when reservation is derided as being no longer relevant in an emerging economy like India, it is fitting that we begin to see it as a small step towards the larger ideal of social justice. Hindu society’s reservation, or casteism, has been religiously practised and imposed for centuries, keeping power and resources in the hands of a few who treated others as second-class citizens. A few years of half-heartedly implemented reservations (we give you data on backlogs in government-run institutions and from states that are yet to pay heed to Mandal) surely haven’t able to right this gross social injustice. We present voices ignored by a media that is either ignorant or biased (read P.S. Krishnan’s piece to illustrate this point) from Jammu & Kashmir all the way down to Tamil Nadu. The plight of Marathas and Patels tells us that India needs not less but more reservations until it becomes a socially just and more equitable society – until, as Pramod Ranjan puts it, we’ve managed to “reach out to the last person of the last community who, for some reason, has had to face deprivation”.