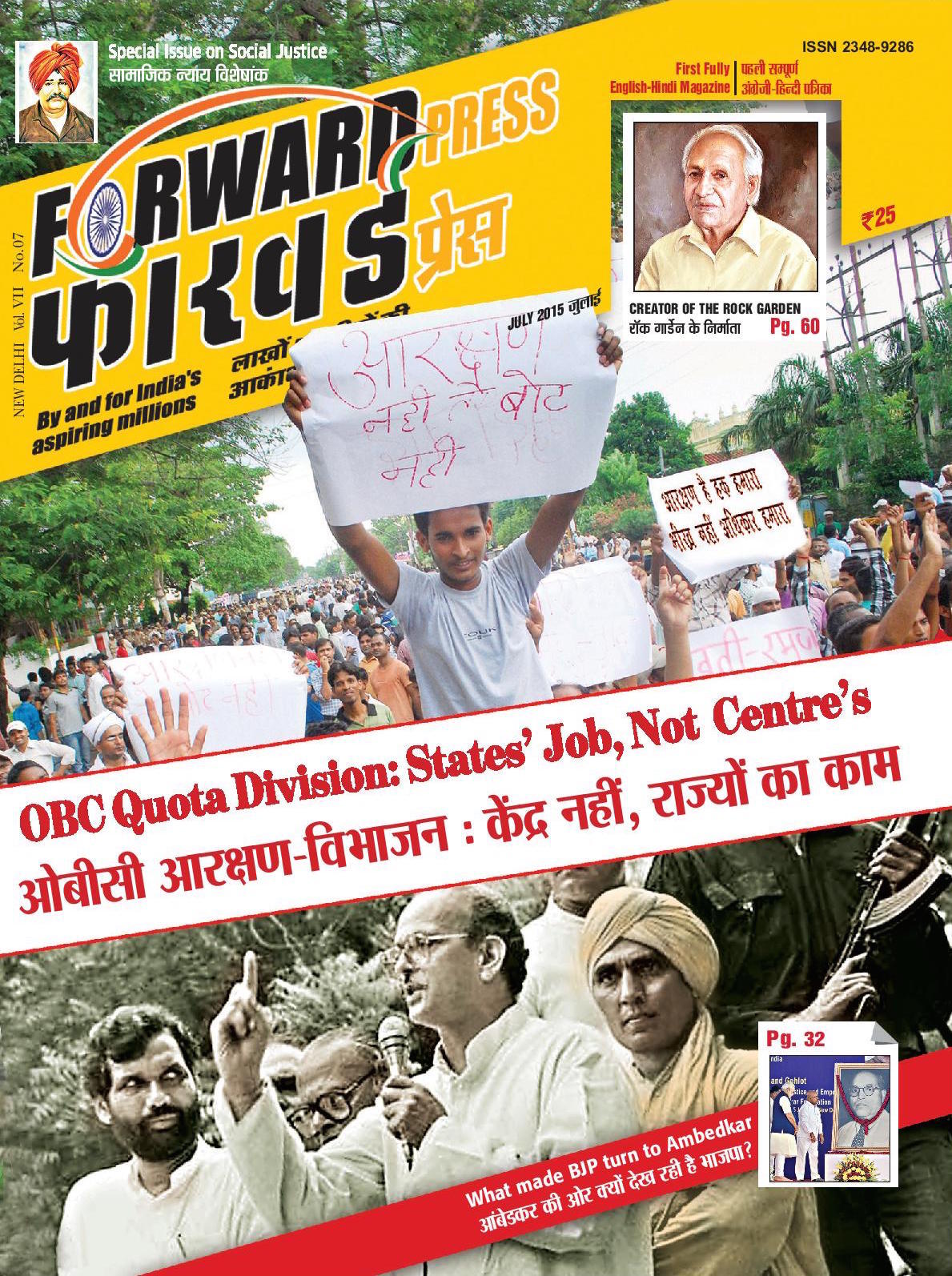 Ashok Yadav cites the examples of Tamil Nadu and Bihar to argue that sub-quotas among OBCs make a lot of sense – but only if the Centre leaves it to the states to decide which castes should be awarded those reservation sub-quotas. He says reservations are not meant for poverty alleviation; instead, they ensure all sections of society have representation in power. Consulting Editor Pramod Ranjan takes a look at how various Bihar newspapers and TV channels reported on a function held to observe the third death anniversary of Parmeshwar Mukhiya, the founder of Ranvir Sena. Anyone with a sense of morality and justice will be shocked with his findings.