The New Year brings much business to astrologers. People love them because one can always find some nice things in one’s horoscope. Some astrologers even have siddhis – dark, occult powers – to supposedly help you get what you desire – job, money, success, spouse, property, etc. Yet, despite these positive – though self-centred – outcomes for individuals, has astrology ruined our larger culture?

Jantar Mantar: A lesson India is yet to learn

Recently, I participated in a seminar near Lucknow. I asked 45 village-level leaders, “What is ‘Jantar Mantar’?” 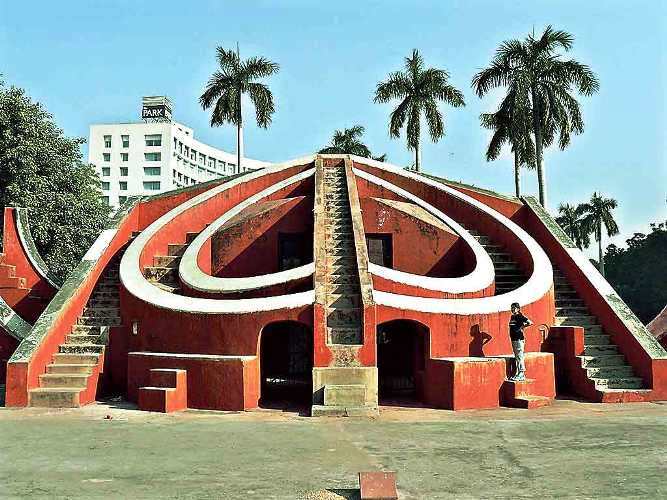 A few knew that Jantar Mantar was a place in New Delhi. It houses strange structures. No one knew that it was built as a religio-scientific observatory. Learned Maharaja Jai Singh II (1686–1743) constructed similar “scientific” yantras (instruments or jantar) in Varanasi, Ujjain, Mathura and Jaipur to measure time by observing the movement of sun, moon, planets and stars.

Being a ruler, Jai Singh knew that effective governance requires understanding the times. Knowledge is power. To know your unique place in a cosmic moment can be awesome power. Jai Singh knew his moment of history.

In the early 18th century, Aurangzeb’s successors were murdering each other in quick succession. That was destroying the Mughal Empire from within. A century earlier, the Mughals had permitted the British to establish trading bases. But until his time, British traders had appetite neither for wars nor for governance.   During Jai Singh’s rule, Persian invader Nadir Shah plundered Delhi (1739), exposing the Mughal Empire’s military bankruptcy. 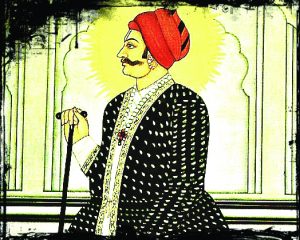 Jai Singh realized that his times offered to Hindus a unique moment to claim India as their domain. That is why (as Andreas Volwahsen points out in Cosmic Architecture in India), political power, not science, was the primary motive that drove his ambition to build grand astrological observatories. This problem was compounded by a fundamental confusion in Indian thought: How do spiritual, rational and physical realms connect with each other? Due to this confusion, sadly, Jai Singh’s gurus placed science at the service of occult siddhis. Consequently, they lost the opportunity to transform medieval India into a culture that seeks the power that comes from truth, including scientific truth. Barely 14 years after Jai Singh, in 1757, a clerk in the East India Company, Robert Clive, who had no military training or experience, won the battle of Plassey. The siddhis of our enlightened gurus did nothing to save us from 190 years of colonial rule.

Why were the small British islanders able to come overseas to colonize India? Weren’t we much a bigger and wealthier subcontinent? Why couldn’t we sail to England: at least to trade or to teach our philosophy and arts?

Mahatma Jotiba Phule (1827–1890), India’s first “low-caste” social reformer, believed that astrology was one the strongest chains through which India’s downtrodden had been enslaved. Therefore, he devoted a whole book to try and emancipate our people from this slavery. Phule’s effort to emancipate the downtrodden by truth-based education was sparked by Christian educational mission in Pune and Bombay. Fifty years prior to Phule, William Carey, a Baptist missionary, began teaching astronomy in Bengal in order to replace the occult power of astrology with the objective power of science.

Why does astrology enslave? This brief article can only illustrate the point by looking at a single aspect of a complex worldview — Indian inability to manage time.

The Hindu View of Time

Decades before William Carey, Maharaja Jai Singh had befriended Jesuit Catholic missionaries and given them housing in Jaipur. They, in turn, introduced him to the telescope. In his text, Zij-i-Muhammad Shahi, Jai Singh dismissed these European instruments on the grounds that they “were not large, therefore, the calculations and observations were somewhat inaccurate”. Jai Singh preferred large yantras (instruments, jantar) because they inspired awe in viewers. That, he felt, befitted his majesty. Whether the instruments served any practical purpose was irrelevant. That is why Indians tended to see his works as “Jadu Tona” – useful for tantrics, useless for the common man. 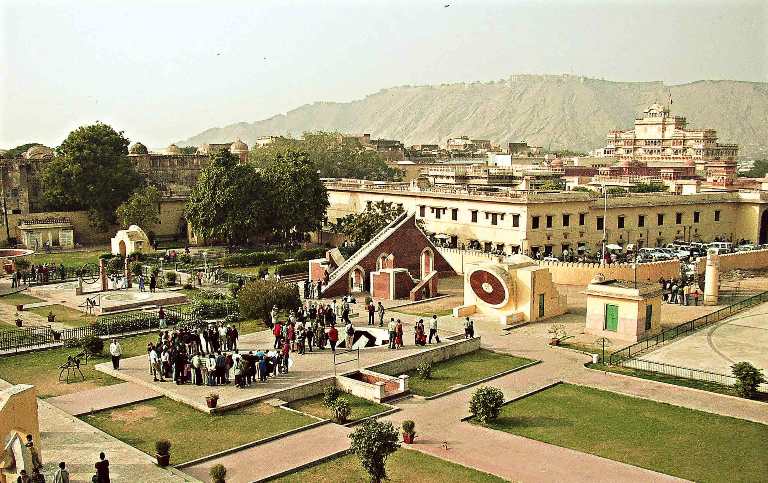 Most of his “instruments” did observe time (albeit inaccurately). Others, such as the impressive Mishra Yantra (mixed instrument) at Jantar Mantar, served no astronomical function. This showpiece was built to impress onlookers, if not to appease gods to obtain siddhis. Why?

The learned pundits fused objective science with the search for occult siddhis because Hinduism taught that Time was the terrible god of death – Kaal. He was to be feared, worshipped, and appeased with appropriate rituals and gifts. Because “Kal” or “Kaal” is a deity, you cannot plan “kal”, i.e., tomorrow. What you should do and will do is already written in the astral world. Fortune tellers can read it in your horoscopes, or palm, or forehead. This worship of the god of Time built our culture of astrology in which our times rule over us. This culture tells us not to make important decisions by looking at available facts and information but by consulting astrologers, priests, and other fortune tellers, whose source of information and judgment is hidden (occult) and not verifiable . Failures to appease the planetary deity governing a particular day or occasion brings misfortune. 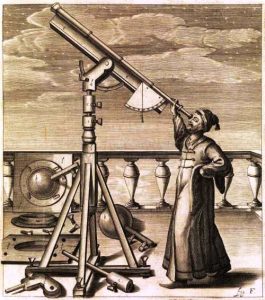 Mahatma Phule opposed astrology because he had studied the books of Moses, who liberated the Jews from Egypt’s slavery 3,500 years ago. Moses knew that intellectual-spiritual slavery was a much deeper problem than political and economic slavery. Therefore, he banned all forms of fortune telling. His command was “Do not practise divination or seek omens” (Leviticus 19:26). A critical question is:

How Did the Bible Empower the British?

Moses wrote the first five books of the Bible. His writings created a liberating worldview because in the very first chapter of the first book, Moses taught that God existed prior to the cosmos of space and time. Man was made in God’s likeness – greater than other created things. Time (seven days of the week) was a part of the physical reality that God had created. And God created humans (male and female) to govern the physical realm. Human beings were given the privilege to use time (days) as aid to governance. A week’s work had to be finished in six days, so that we could rest on the seventh. The day of rest, the Sabbath, was holy – a regular reminder that we were to live for God: not for work, not for time, not for making money.

Surya-Namaskar (sun worship) is an integral part of Yoga. But according to the revelation given to Moses, sun, moon, and stars should not be worshipped because they were not created to govern humans. They were created to govern the day and the night. The sun, for example, dictates to the world of animals and plants when to wake up and when to go to sleep. Humans, on the other hand, were created to use the sun, moon and stars as aids to establish their dominion over nature.

Why did the Bible’s view of the cosmos promote the study of astronomy instead of astrology? Why did biblical cultures study geography and devise calendars and clocks as means of establishing human dominion over God’s physical creation?

It happened because the Bible taught that cosmic bodies were not gods. They were created as “signs” for us to study: “And God said, Let there be lights in the firmament of the heaven to divide the day from the night; and let them be for signs, and for seasons, and for days and years” (Gen 1:14). The sun, moon, and the stars are our primary signs of east, west, north, and south. They help us divide the immense monotony of space and time into manageable parts of directions as well as days, weeks and years. 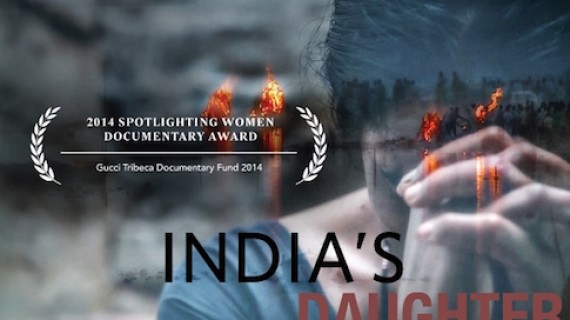 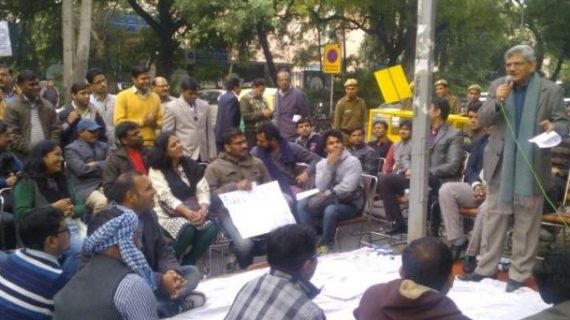 A protest over vacant teaching posts