Social exclusion, discrimination and untouchability are so common in our country that we hardly pay any attention to them. We have become blind to the inhuman practices and behaviour informing our society.

I studied in a Jawahar Navodaya School. It was a residential school. Teachers and students had their meals together in the mess. I still remember that after we had finished eating, two sanitary workers of the school would come to the mess carrying their utensils and the mess staffers would drop food into their utensils, taking care not to even touch them. They never had food with us and though they appeared cleaner than the mess staffers, they never served their food themselves. Either the mess staffers or one of the students used to serve them food. If this was the state of affairs in an educational institution, with its so-called “meritorious” students and teachers, the situation in society at large can only be imagined.

The findings of a recent survey throw light on the dismal situation in our society vis-à-vis caste-based social exclusion. They hold a mirror up to the nation. We may boast of being the “vishwa guru” but we have yet to get rid of barbaric social evils like untouchability. This survey was conducted jointly by National Council of Applied Economic Research and the University of Maryland, USA. Around 42,000 households across the country were surveyed. The preliminary report of India Human Development Survey (IHDS)-2 shows how deeply entrenched practices like social exclusion and untouchability are in our society.

Untouchability – the worst form of social exclusion
The Indian Constitution came into force 65 years ago. It outlaws the practice of untouchability in any form. But untouchability persists. The results of the survey are a clear proof of this fact. It is really shocking that one of every four Indians practises untouchability. Graph 1, based on IHDS-2 survey, reveals this bitter truth. 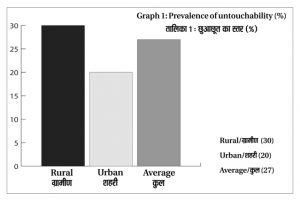 In the survey, the respondents were asked to reply in yes or no. Many questions relating to daily life were asked. For instance, “Do you believe in untouchability?” If the answer was no, then the next question was “Will you allow a member of an SC or ST to enter your kitchen?” And so on.

The survey revealed that untouchability is not practised by Hindus alone; the evil has spread to Sikhism, Christianity and Islam. On an average, every third Hindu and every fourth Sikh believes in untouchability. While it is commonly believed that Muslims are free from this scourge, the survey shows that every fifth Muslim practises untouchability. (See Graph 2)

A caste-based analysis of the survey results confirms the widely held perception that Brahmins are the staunchest believers in untouchability. Among the Brahmins, 52 per cent practise untouchability. (See Graph 3) 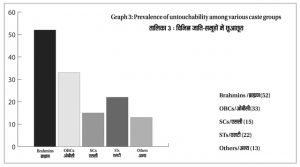 As for the geographical distribution of those practising untouchability, it was found that Madhya Pradesh tops the list, with 53 per cent of the respondents from the state saying they believe in untouchability. What is surprising is that states like Uttar Pradesh and Bihar – which are considered bastions of casteism – were much lower down the list. Himachal Pradesh was second, with every second person practising untouchability. It was followed by Chhattisgarh (48 per cent), Rajasthan and Bihar (47 per cent), Uttar Pradesh (43 per cent) and Uttarakhand (40 per cent). In West Bengal, the least percentage of people believe in untouchability. Only 1 per cent of the respondents in West Bengal said that they practised untouchability. Next was Kerala (2 per cent), Maharashtra (4 per cent) and Arunachal Pradesh (10 per cent). (See Graph 4)

The survey underlines the fact that caste is still important for Indian society. Society may have become modern but it has not shed the feudal values. Modernity and a feudal mindset co-exist.

Needless to say, this kind of social exclusion limits the access of Dalits-OBCs to resources. In the words of Nobel laureate and well-known economist Amartya Sen, social exclusion limits “real freedom”. Development is a function of “real freedom”. In a way, the former is an extension of the latter. Personal or human freedom cannot be measured through development indices. If our gross domestic product (GDP) or per-capita income is rising, it does not automatically mean that we are developing. A higher GDP or more money in hand may enhance personal freedom by making the people prosperous but other factors count, too. These include access to social and economic services and institutions, including health and education, besides political empowerment and civic rights. Caste-based discrimination limits social, economic and civic freedoms. That is why the Dalitbahujans are weak and vulnerable. To improve their socio-economic condition, they need to get more “real freedom”. And this cannot happen till the stranglehold of caste on our society does not weaken. Unless social exclusion is done away with, it is meaningless to talk of development. 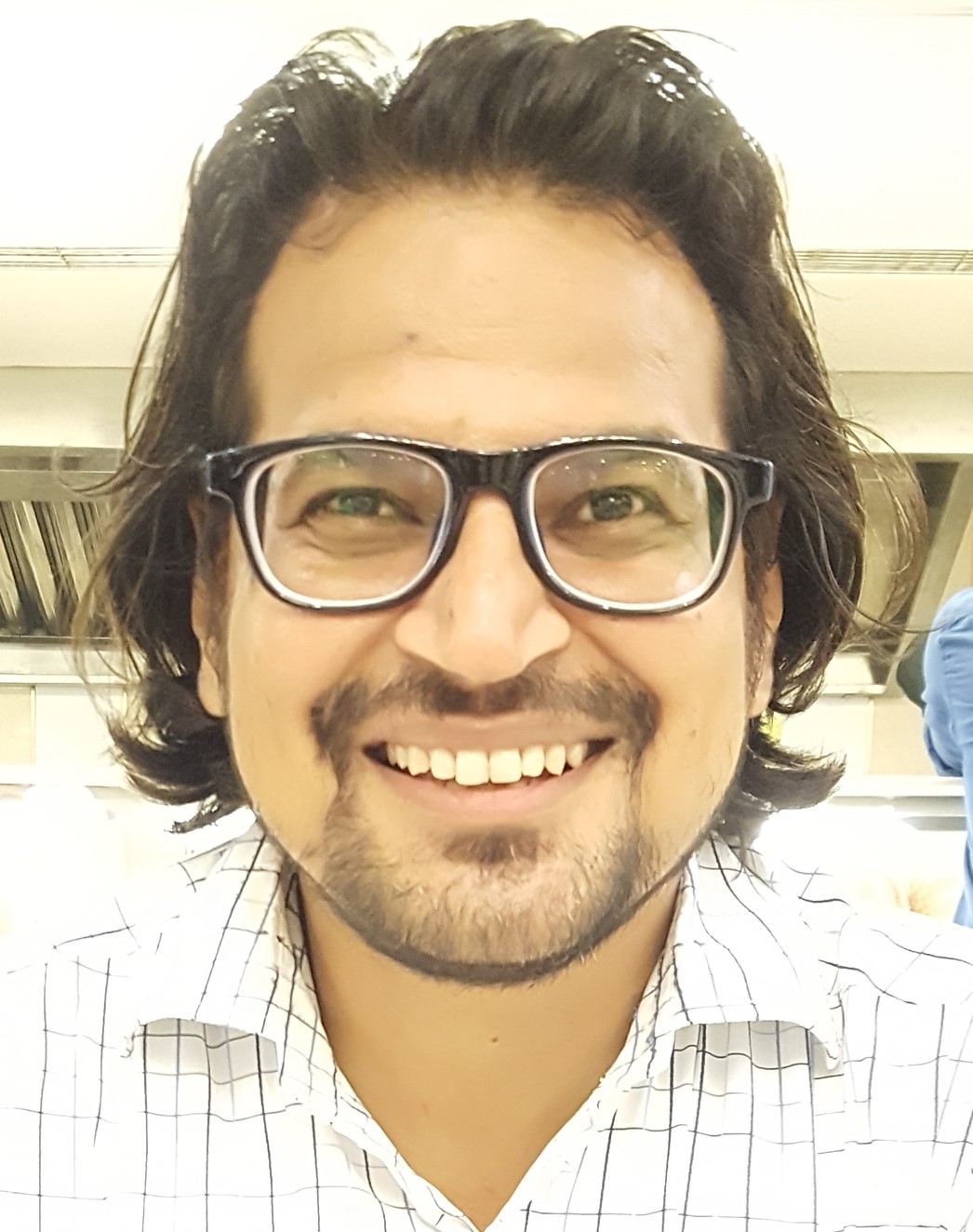