The credit for launching Dalit and women’s discourse in Hindi literature and bringing the marginalized Dalits and women to literary centre stage goes to famous litterateur and editor of Hans Rajendra Yadav. He established dignity of Dalits and women in literature through discourses in the columns of Hans that went on for around 25 years. He encouraged and inspired many brilliant Dalits, who had been ignored until then, to become writers. He played a key role in the making of many women litterateurs. He vehemently questioned old, conservative, traditional and status quoist values, ideologies and thought processes. He hit out at myths and superstitions and gave his colleagues and friends full freedom to dissect antiquated systems and thoughts. Under Yadav’s editorship, Hans carried hundreds of articles by authors and litterateurs questioning the archaic values, beliefs, systems and standards.

Like Rajendra Yadav, critic and linguist Dr Rajendra Prasad Singh has launched a new discourse in Hindi literature – OBC discourse. He strengthened this concept by writing a series of articles in FORWARD Press. The magazine also played a significant role in taking this discourse forward by publishing Bahujan (Dalit, OBC, tribal and women) Literary Annuals from 2011 to 2014. FORWARD Press made an all-out effort to establish the new discourse.

There are differences of opinion among contemporary authors and litterateurs regarding OBC discourse (OBC literature). Some have welcomed the idea while others have rejected it. Rajendra Yadav, replying to a question about OBC discourse, had told an interviewer, “No concept of OBC literature has come to the fore thus far. For me, it is a new thing. Let the OBCs present their thoughts in a comprehensive and cogent manner, let them bring forward their thinkers. Then I will render the necessary support.” That was probably why, to bring clarity to the concept, Dr Rajendra Prasad Singh wrote this book titled OBC Sahitya Vimarsh, recently published by Samyak Prakashan.

OBC is the name of a social group that has Constitutional sanction and is backward in all respects. Despite lacking a scientific basis, the caste system has not only been alive and kicking in India for the past 5,000 years, its principles of inequality have had a profound impact the socio-economic, political and educational system. Even after Independence, the OBCs continue to be backward. That was probably why at the function for the release of Mandal Vichar, V.P. Singh had said, ‘Mandal is not only about reservations, it is about a thought, a humanistic thought.’ Similarly, OBC literature is also a thought, a humanistic thought.” (p 21)

Dr Rajendra Prasad Singh calls Kautsa (7th century BC) the first theoretician of OBC literature. He writes, “Kautsa was against the Vedas. Not only did he oppose giving Vedas any recognition but he also insisted that the Vedic mantras are meaningless. He gave many arguments to prove that the Vedas are rubbish. It is unfortunate that all his writings are not available today. Still, whatever is available shows that Kautsa was the first theoretician of OBC literature.” (p 37) 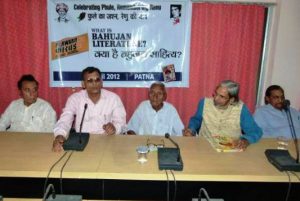 While comparing OBC criticism with other criticism methodologies, he rejects the methodology, system and constructs of traditional criticism and insists they are irrelevant as far as evaluation of OBC literature is concerned. Questioning the ancient classical reviewing methodology, he says, “The parameters, poetics and aesthetics of OBC literature are different. And that is why OBC criticism is different from all criticism methodologies of Hindi literature.” (p 50) He says that the Western psychoanalytical criticism and Marxist criticism are also irrelevant in the Indian context. He writes, “Psychoanalytical criticism entered the arena of Hindi literature under the influence of stereotyped Western psychoanalytical methodology and psychology. Hence, it is based on the principles and beliefs of Freud, Adler and Jung. In India, the ‘repressed casteist sting complex’ is more important than repressed sexual complexes or complexes born out of physical or bodily inadequacies. This complex did not exist in the society in which Freud, Adler and Jung lived. That is why psychoanalytical criticism of the Western style is invalid to a great extent in the Indian context. The reason is that this methodology of criticism cannot analyze the repressed casteist sting in the conscious, sub-conscious and unconscious mind of a backward or Dalit writer. Applying Marxist criticism methodology in the Indian context would be patently dishonest because in India, there are no classes but only castes and varnas. Here, caste struggles are more important than class struggle. That is why Jagdev Prasad had said that in India, the real battle of socialism or communism is the struggle of the 90 per cent exploited against the 10 per cent exploiters for respect and bread and butter. In a country like India, where the dwijs are the exploiters, this is the real class struggle.” (p 51)

Talking about OBC criticism, Singh writes, “OBC criticism is an agglomerate of a wide range of specialities that distinguish it from traditional criticism methodologies. It is not based on brahmanical culture but on labour culture. Its sources of inspiration are different. It does not hold the Vedas, Puranas and Ramayana dear. It rejects Hindu fascist thinkers like Golwalkar and Tilak. Kabir, not Tulsidas, is the yardstick of this criticism. It considers social reformers like Mahatma Buddha, Phule and Periyar its ideals. It looks for beauty in toil – the reason being that all OBC castes are toilers. It is the OBCs who do farming and animal-rearing. They are artisans and weavers and run industries and businesses. That is why from Makkali Ghoshal and Buddha to Phule, Gandhi and Ram Manohar Lohia – all saw dignity in labour. The greatest speciality of OBC criticism methodology is that it stands for humanism. It negates the literature that promotes rituals, caste system and hypocrisy. It minutely examines the caste-based poetic movements in Hindi.” (p 52)

Underlining the distinctions between OBC literature, and Dalit and Savarna literature, Singh writes, “The Hindi Dalit literature has opened its doors only for Dalit writers. The space for OBC writers in it is constantly shrinking. It was not so earlier. Under the leadership of Arjak Sangh, the Dalits and OBCs worked unitedly. The thinkers of both the communities were common. Periyar and Phule were OBCs. Ambedkar was a Dalit but he considered Phule his guru. In Hindi literature, the so-called mainstream is reserved for the savarnas. In these circumstances, where will the OBCs go? Today, when SC, ST, OBC and Savarna commissions have got official sanction, Savarna literature, OBC literature and Dalit literature should also get literary sanction.” (p 22) 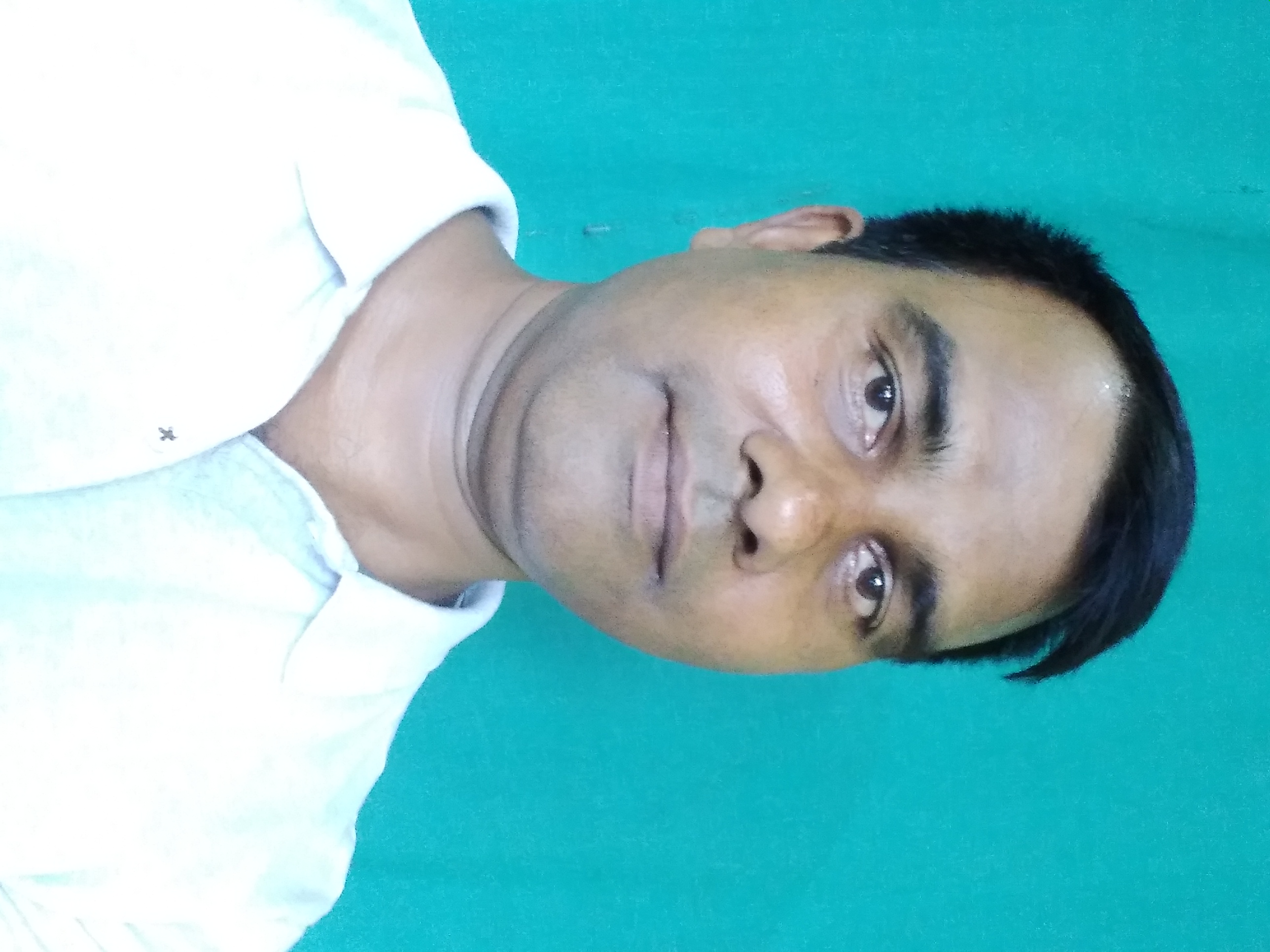 Dr Ramkrishna Yadav is a writer who has been awarded by the Bihar State Literacy Mission Authority for excellence in short-story writing (1998) and by the Bihar government’s education department for contribution to the field of literature (2012). His articles and critical essays have been published in Hans, Hindustan, Akshar Parva and many other magazines. Presently, he is assistant professor in RPS Government Intermediate School, Kavai, Rohtas, Bihar