About five years ago, the blatant partisanship of the media in favour of the anti-reservation campaign prompted Delhi’s Media Studies Group to carry out a survey on the social backgrounds of journalists occupying the highest posts in both the Hindi- and English-language media in Delhi. This survey of 37 Delhi-based media institutions collected information about the social background of at least 10 top journalists of each institution. In the national media, the authoritative positions are overwhelmingly (71 per cent) occupied by high-caste Hindu men. Four per cent were found to be from backward classes and high-caste Hindu women occupied 7 per cent of such positions. The number of Muslims, Dalits and tribals was however zero.

When media in the national capital presents such a grim picture one cannot hope for much from the “backward” states. In 2009 we adopted the same techniques for a survey of Bihar’s media institutions, which left us with some disturbing results.

Several media institutions of Patna lack even the above-listed five posts. Most newspapers, news agencies and electronic channels employ very few journalists. In fact, many bureau offices of national media institutions situated in Patna only have the post of a Bureau Chief. In such situations, people working in posts equivalent to the above-listed posts were also considered as authoritative. The numbers of such journalists in several offices are as low as five or three or even two; in many offices the Bureau Chief alone has executive

authority. Hence, 78 journalists working in high posts at the state level, from 42 different media institutions, were surveyed about their social background. These included Hindi and English (Urdu not included) newspapers, electronic media, news agencies and magazines.

This survey included only those journalists who are connected to “news”. Twenty journalists each, in descending order, were chosen from those newspapers which employed a large number of journalists (Hindustan, Dainik Jagran, Prabhat Khabar and Rashtriya Sahara), while almost all journalists from other small newspapers were covered (the number ranging from 4 to 13 per paper). The same formula was applied to electronic channels as well. The heads of Patna division of Delhi and other metro cities-based national media institutions were also included in this survey. Such daily newspapers, magazines, news channels and news agencies often have only one or two journalist posted in Patna. They all have been included in this survey.

The idea of a survey emerged after the devastating flooding in River Kosi in August 2008. Thousands of people lost their lives in this flood. The area in which the floods occurred was dominated by Yadavs and Dalits. The state government, led by the Janata Dal (United) [JD (U)], boasted about abolishing Yadav Raj completely, and the main vote bank of this new government consisted mainly of Bhumihars, Kurmi–Koeri and other extremely backward castes; the BJP, its main ally,  had its vote bank full of Vaishya and other affluent castes. Now this government of feudal values was extremely cruel and careless in delivering relief to the victims of the disastrous flood. Both the ruling and opposition parties indulged in extremely contemptible class–caste politics. In spite of all this, Bihar’s media was not only silent on such cheap politics but there seemed to be a competition within its ranks for portraying the flood’s ravages as minimal and the flood relief work of the state government as exaggerated as possible.  This despicable behaviour of Bihar’s journalists initially challenged us to carry out a survey on the geographical background of journalists working in Patna. We asked a couple of questions: How many Patna journalists belong to the flood-affected districts? Is it possible that since not many come from those districts, they are less sensitive to the misery of the people there? Thus we began.

We thought it would be quite easy; two or three colleagues together will be easily able to deal with it. But we were dealing with that part of the world where the primary identity of a human being is his caste; where even education and geographical backgrounds are all secondary introductions. If we asked two journalists about the native district of a third journalist, they could not seem to agree, but both would answer the unasked question about the other journalist’s caste, and they would both agree.

For the survey, a list was systematically prepared of the authoritative people at state-level media institutions. The columns regarding their name, home town, education, religion and caste were being filled with the help of information gathered from various sources.  In this, journalists of 42 Hindi and English media were included, from which we were able to collect information about religion, caste, sex, etc., of journalists.

In the first-pass survey we could not find any journalists from the deprived sections of society in authoritative positions. Suspecting that even if they have not become classroom monitors, they can be found somewhere on the back benches, we decided in June 2009 to enlarge the scope of the survey. This time, in addition to the 42

institutions of Hindi and English media, 5 Urdu newspapers published from Patna were also included in the survey. Covering 230 journalists of 47 media institutions in the survey, we found that 73 per cent posts are held by upper-caste Hindus (Brahmin, Bhumihar, Rajput, Kayastha). OBC Hindus have only 10 per cent; Muslim Ashrafs 12 per cent and 4 per cent is covered by Pasmanda (Backward) Muslims. The presence of women is about 4 per cent. We found only 3 Dalit journalists in media institutions in Patna (Table P. 23).

NOTE:  Population of Upper-caste Hindu and Backwards based on 1931 census

Eighty-seven per cent of journalists working in Hindi newspapers and magazines in Patna belong to upper-caste Hindu families. Of these 34 per cent are Brahmin, 23 per cent are Rajput, 14 per cent are Bhumihar and 16 per cent are Kayastha. Journalists from Hindu backward and most backward castes, Asraf Muslims and Dalit community together constitute just 13 per cent. The presence of Bihar’s biggest caste Yadav is about 3 per cent. Other journalists coming from OBCs belongs to Vysya, Kushwaha, Kanu, Kewat, Kumhar and Chaurasia castes. Their presence is about 1 per cent each. In addition, any representation of other dozens of backward–most backward castes is seen in neither Hindi nor English media (print as well as electronic). The participation of high-caste Hindu women in Hindi print media is 1 per cent.

The position of English newspaper resembles the one-eyed king. Once again, high-caste Hindus occupy 75 per cent of the positions. It has 7 per cent women’s participation. The presence of 4 per cent backward class women also grabs one’s attention. Hindu OBCs’ presence in English print (19 per cent) is double that in Hindi print (9 per cent). Ashraf Muslims make up to 4 per cent. There are no Dalits in Bihar’s English news media.

An interesting difference between Hindi and English print is in the number of Bhumihar and Rajputs. In comparison to Hindi print, the number of these two castes has declined by more than half (11 per cent of Rajput and Bhumihar, 6 per cent) here. English print is visibly dominated by Brahmins (36 per cent) and Kayasthas (21 per cent). (In English print three Hindu OBCs, one Christian and one Ashraf Muslim [male] are in authoritative post too. In Hindi print and electronic media, these positions are invariably occupied by upper-caste men.)

The martyred OBC leader Jagdev Prasad gave a slogan: The rule of ten on ninety, won’t work/ Ninety are oppressed out of hundred; ninety parts are ours. It was 1971–72. But till today, the socio-political leadership of the OBCs has failed to identify ways to seize power of the knowledge industries. Cultural power seemingly has no value for them. Jagdev Prasad who claimed 90 out of 100 had a second slogan: Raise buffaloes, Build arenas, Do politics. Lalu Prasad has spent 15 years refusing to understand the concept of IT. The backward leaders spoke about education at times but nothing was done at the ground level.

However, the social scene of Hindi–English electronic media is mostly alike. Ninety per cent of the positions are occupied by upper-caste Hindus. Hindu OBCs are 7 per cent. Ashraf Muslims have 3 per cent representation. There are 10 per cent women, all hailing from upper-caste Hindu families. Dalits here are absent altogether.

Unlike Hindi and English print media, in many cases, it is heartening to look at the Urdu media. There are five Urdu dailies published from Patna: Tanzim Qaumi, Roznama (Rashtriya Sahara), Sangam, Pindar and Tanzim Faruki. Surprisingly, three of them – Sangam, Pindar and Tanzim Faruki – are owned by Pasmanda (Backward) Muslims. The editors of these three are also from the same communities. Right now it is quite impossible to imagine such a scenario for the Hindi or English media. Indeed, the political movement of social justice for Hindus in Bihar has gone dormant due to its internal contradictions, whereas the Pasmanda movement is still a vibrant one. The last four to five years have witnessed its progress and influence.

In Urdu newspapers, people from Ashraf class represented a total of 66 per cent, while reporters from Pasmanda class had only 26 per cent representation. Keeping these facts in view, it’s quite disturbing to note that in Indian journalism as a whole, including Urdu journalism, Dalit Muslims and Muslim women have no representation at all.

One more regressive trend to note is that even Pasmanda-led Urdu newspapers have not tried to loosen the iron grip of religion over the day-to-day life of Muslims.

The next time you read or hear any news from Bihar whether in the Hindi or the English media, just keep in mind through whose eyes and ears and, most importantly, minds the “news” is coming to you.

Published in the June 2011 issue of the Forward Press magazine 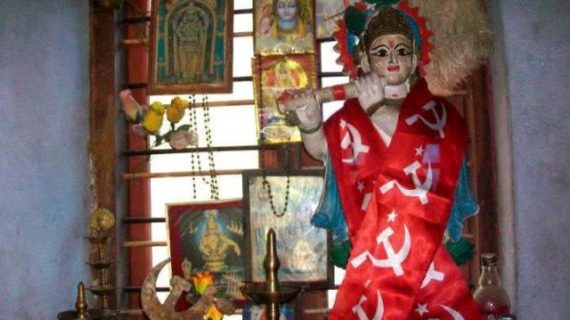 A nation guilty of treason

As long as we are unable to stop caste atrocities against our own people, we can’t say that we are an independent nation and we can’t boast of nationalism and patriotism 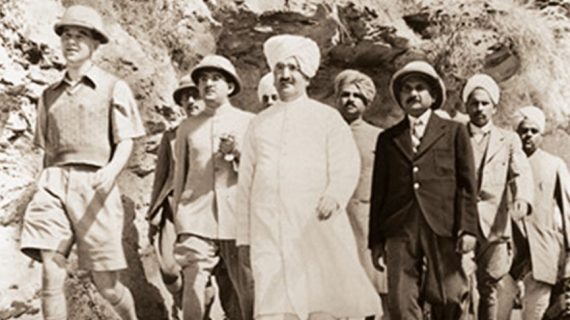 Caste blame game on colonialism: Rationalization of a brahmanic lie

It was brahman sociologist G.S. Ghurye’s regressive perspective on caste, politics and colonialism that guided Bernard Cohn and Nicholas Dirks to develop the thesis that the colonial census and information-gathering effectively created the categories of religion and caste, as we know them today. Now, US-based geographer Sanjay Chakravorty has picked up on it and appears to be on a re-popularizing mission