The people of Kandhamal in central Odisha will not figure in any political party’s election manifesto. In August 2008, more than 50,000 men and women had to flee their homes, attacked by local goons trained by the Sangh Parivar. Over 6,000 Christians, mostly forest-dwelling Dalit marginal farmers and Tribals, will not be able to take part in the election process as they live in slums in various cities. The Election Commission of India is also not bothered about them, or about other refugees and internally displaced persons in Gujarat (mostly Muslims) and Madhya Pradesh, a million girls from Jharkhand and Odisha who work as maids in north India, and the landless labourers who are so busy creating a new urban India for others luckier than themselves. 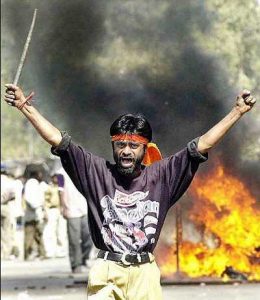 These are the nation’s tinder-dry grass roots. Most political parties dare seek to quench them with claims to records of work done, that actually injures instead of giving hope and gossamer promises that are easy to see through. An utter lack of transparency and absolute corruption reach an extent that programmes such as the mid-day meal scheme for children and the Mahatma Gandhi National Rural Employment Guarantee (MGNREGA) scheme end up insulting the poverty and helplessness of a marginalised population dependent on the dole and reduced to penury. If 25 years ago, Prime Minister Rajiv Gandhi bemoaned that a mere 15 paise of every rupee of public spending ever reached the people in the villages, the figure today must be down to five paise or even less.

Communalism seeks to pit the poor against the poor. Special Export Zones and the accompanying economic policies rob villagers of their homes and land without offering them jobs.

Elections seem to offer little hope to change the contours of the monumental rural crisis, the continuing urban decay, and the inexorable challenge of fascist Hindutva. Civil society – destabilised, penetrated by both Hindutva and Islamist elements and confused by the crisis in the Left post-Nandigram – offers little resistance to the challenge of the right-wing extremism.

But even if I were to place the communal crisis, the security of women, Dalits, OBCs and Minorities, or the war hysteria, at the centre of events, it is the rural crisis that supersedes all tragedies and calls for radical and out-of-the-box thinking and action from those who would want to rule over us.

The suicide by famers is just one index of this crisis. Journalist P Sainath’s eye-opening analysis of National Crime Records Bureau (NCRB) data in its report Accidental Deaths and Suicides in India, 2006, shows farm suicides in Maharashtra alone – that farmland of sugar cane, cotton and groundnut and now grapes – claimed 4,453 lives that year, over a quarter of the all-India total of 17,060. Andhra Pradesh was the next worst-hit state. The NCRB figures show an unrelenting uptrend in what are now called Farmers Special Elimination Zone States in media reports. These states, which account for nearly two-thirds of all farm suicides in the country, include Maharashtra, Andhra Pradesh, Karnataka and Madhya Pradesh (including Chhattisgarh). NCRB data record 1,66,304 farmers’ suicides in the decade after 1997. Of these, 78,737 occurred between 1997 and 2001. The next five years – from 2002 to 2006 – proved worse, seeing 87,567 farmers take their own lives. “This means that on average, there has been one farmer’s suicide every 30 minutes since 2002,” Sainath notes.

My own travels in most states of the Union, barring Sikkim, in the past 12 months shows how little relief is available to famers. The plight of landless labourers, whose numbers are increasing and largely remain unmapped in the pauperisation of the countryside, exposes the reality. States ruled by the BJP such as Rajasthan and Madhya Pradesh are among the worst hit, but Congress-ruled Andhra Pradesh and Maharashtra and the AIDMK’s Tamil Nadu seem no better. In village after village, we have seen the mockery made of MGNREGA.

The rampant corruption, the absence of any supervision and the gross intervention of the political class have ensured that jobs are for less than the mandated days and the money the worker signed for is not the amount he gets in hand. Incomplete projects dot the landscape.

The worst hit remain the rural Dalits and the OBCs, be they marginal farmers, traditional workers, or landless labourers. It is not just that they continue to be the prime targets of caste-based discrimination and human rights violations. High levels of poverty and poverty incidence, illiteracy, hunger and starvation, and sickness continue to devastate their lives. The literacy rates should shame any government, past or present – the total illiteracy amongst rural Dalits is about 58 per cent, with the girl child illiteracy at 68.98 per cent. Infant mortality is at 11.3, with more than half the children underweight and more than 78 per cent anaemic.

Patently, there has been continuing disempowerment of the Dalits, measured both in earning capacity in these hard days, and in terms of landholdings where the sharp decline is both forced, as through government purchase for SEZ and dams, and voluntary, to pay off debts. The data makes for chilling reading. Dalits who were tilling the land in 1961 made up about 37.76 per cent, which declined to 28.17 per cent in 1981. As a corollary, Dalits forced into becoming landless agricultural labourers had climbed  from 34.48 per cent in 1961 to 48.22 per cent in 1981. Today’s figures are anyone’s guess.

The plight of the Dalits is visible in campus violence in IITs and IIMs, and AIIMS and other medical colleges, and in courts and temples, where six decades after Independence, human dignity remains a constant struggle. Dalits who converted to Islam and Christianity have been denied their rights since 1950.

These have been feeding grounds of a universal unrest of unparalleled dimensions. The violence in Nandigram and the reach of the Maoist movement in a swath that cuts across nine states from the Nepal border to Andhra Pradesh are an indication, and are for the moment beyond the reach of either the political process or the armed might of the state. Instead, there has been a frightening consolidation of right-wing Hindutva fundamentalism, which has now graduated from the old lathi to bombs and guns, paraded openly, and used without fear.

Since it is fresh in the mind, one picks on Odisha to gauge the growth of the Sangh Parivar in the ten years since Australian Graham Stuart Staines and his sons were burnt alive on 22 January 1999, and when Father Bernard Digal died in the violence of August 2008 :

* The Bharatiya Janata Party, once a ruling coalition partner, has about 4,50,000 workers.

* The Rashtriya Sevika Samiti, another gender group, has 80 centres.

* Bharatiya Majdoor  Sangh manages 171 trade unions with a cadre of 1,82,000 members. This, incidentally, also helps to contain the struggles against monopoly houses and international mining companies.

Odisha’s population of 36.8 million has a mere 2.4 per cent Christians and 2.1 per cent Muslims.

Across the country, we had also known of the penetration of the Sangh into the police and justice delivery systems. But the last straw was the discovery of the Sangh’s infiltration into the armed forces, the criminal activity given a veneer of acceptability by the large-scale recruitment by the BJP from the ranks of retired generals and marshals. The founder of modern India and its first prime minister, the great Jawaharlal Nehru, identified the Sangh Parivar right from the beginning as communalist and fascist, and a constant threat to the India he was trying to build. The situation has worsened since Nehru passed away. If the Pune pact that Gandhi forced on Ambedkar spelt the doom of a real Dalit rebellion, a new Pune accord between members of the Sangh Parivar and self-styled secular parties explains the dilution of the war against communalism.

The representation of Muslims and Christians in police forces has been grossly inadequate. The so-called war on terror has added to the woes of the minorities. It is argued that the judiciary places unnecessary curbs on the power of the investigating agencies to tackle terrorism. New laws are being evolved that will make human rights a continuing target, and state impunity the norm. 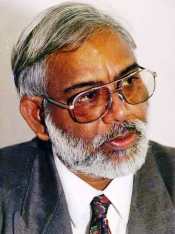 John Dayal is a senior journalist and civil rights activist.