Before the Vahini appeared on the scene, the CPI, the Socialist Party and various Naxal groups held their
sway here. A CPI worker was martyred in an attack by the goons of the Mahant but it was the Chhatra-Yuva
Sangharsh Vahini that brought the battle of the Mahadalitslandless farmers to its logical culmination and that too through its unique experiment of peaceful struggle. Two of its members were slain by the henchmen of the Mahant at Samastipur but the Vahini’s response was ‘Hamla Chahe Jaisa Ho, Hath Hamara Nahi Uthega” (You may attack us in any manner but we will not raise our hands). Later, however, it slightly digressed from its policy and one muscleman of the Bodhgaya Mahant was killed in a defensive action of the Vahini. 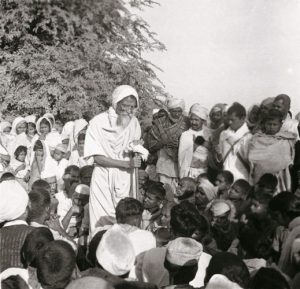 But the long and bitter struggle and the numerous sacrifices have gone in vain. Those who were allotted plots of land, especially those belonging to the Bhuiyan caste that formed the backbone of the Vahini’s agitation, have again become landless. They have lost the land they had got courtesy the Vahini’s struggle; as also the land they had received via the Bhoodan Andolan. The pace of loss of Bhoodan Andolan land was a bit slower, as the land was mainly barren and non-irrigated. However, the land allocated in the wake of the Vahini’s agitation was fully irrigated and under multi-cropping. On an average, around 80 to 90 per cent of the allotees have lost their land.

Bhuiyan-Mushars are mainly labourers. They have a long association with agriculture but only as farmhands. And they continue to toil on the fields of others. That is because after land was granted to them, no attempt was made to change their mindset. And neither was the infrastructure necessary for farming provided to them. Thus, the land slowly slipped out of their hands. Some examples will prove the point.

Around 199 acres of Bodhgaya Mahant’s land was distributed in Habibpur village of Dobhi block. Of it, nearly 55 acres has been sold. Four acres of land was kept aside in this village for community farming. The experiment is yet to commence and it lies barren. In village Bija of the same block, 800 acres of land was distributed. Of it, 150 acres have been mortgaged against loans. The landless had been allotted 500 acres under Bhoodan movement. Of it, 400 acres have been mortgaged. In village Parwatia, 15 acres of Mahant’s land was distributed, of which nine acres has been mortgaged. Jaiprakash had himself come to a village
in the Dobhi block. He had spent hours with the members of the Bhuiyan caste, talking about their future and weaving dreams of development. It was after this visit that the village was named Jaiprakash Nagar. It was the same village where journalist Manimala had tilled the land, challenging the patriarchal notion that only men can use the plough and the spade. Nearly 156 acres of Bhoodan land was distributed in this village. Of this, 131 acres lie barren and only 31 acres is under cultivation. Twelve acres have been sold. The members of the Bhuiyan caste of the village make a living by crushing stones and selling the gravel in the local market. From sunrise to sunset, right from the old women to the small kids – everyone is engaged in this job.

Here, it is important to note that this land has not gone into the hands of the members of the Savarna castes. The middle and dominant OBC castes have usurped it. The socio-economic condition of occupationbased middle OBCs, in some cases, is worse than that of Mahadalits. They have compromised on the health and education of their children, they have compromised on their food, they have chosen not to repair their houses to buy the land from the Mahadalits. Though the transfer of this land is patently illegal, any attempt to hand over the land again to the Mahadalits would create serious tension and disrupt the social harmony of the villages.

The core issue is that allotment of land to the landless was only a small part of a larger battle. That had to be followed up by a struggle for comprehensive socio-economic-political change. Various experiments
for community development should have been conducted. But for the leaders of the movement, all of whom were college students, it was merely a battle to snatch the land from big landowners and give it to the landless. For them, it was not a movement for sociopolitical transformation; it was a part-time activity. In such circumstances, it was too much to expect that they would have taken the agitation to its logical conclusion. The ultimate fallout of all this is that, today, the Mushar-Bhuiyan are worse off than they were when they had no land. Before the Bodhgaya land agitation, despite their miseries no Mushar-Bhuiyan could be seen begging on streets. But today, you can find them seeking alms outside the temples of Bodhgaya. They are converting to other religions because of financial allurements. The question is whether their lot has improved or worsened. And the answer is not difficult to guess.

On the other hand, the leaders who have emerged from the movement have latched themselves to big platforms and organizations and are busy packaging the movement. Some have joined politics and are leading a comfortable life. Others have become local czars, just as the Bodhgaya Mahant once was. Kaushal Ganesh Azad, who was a key participant in the movement, insists that they have not given up the battle in
spite of the failures and the setbacks. He says that despite his limited resources, he is working among the Mushars. But the fact is that there was no dearth of resources even when the so-called NGOs had not mushroomed in this area. A young Mushar of the village Bagula summarises the situation well. “No matter what, better days will come. We are the descendants of Dashrath Manjhi. The blood of Tulsiveer is coursing through our veins. Revolution is inevitable. The dream of ‘Sampoorna Kranti’ will not go waste. It will take
place. And this time, it will be irrepressible.”

Devendra Kumar is a freelance journalist and based in Ranchi 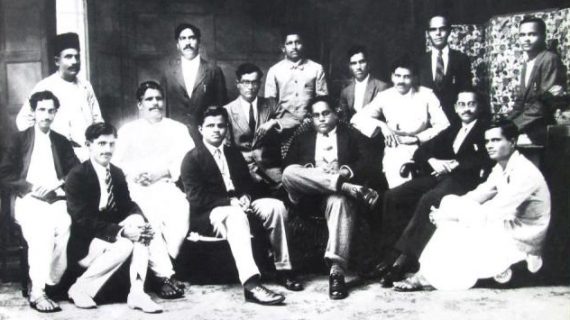 Ambedkar and the other exploited classes

Even today, the OBCs and non-Dalit, non-Brahmin communities are not able to comprehend the significance of this inclusive role of Ambedkar. He never confined himself to any caste or castes and never founded any caste-based organization. He wanted to take everyone along 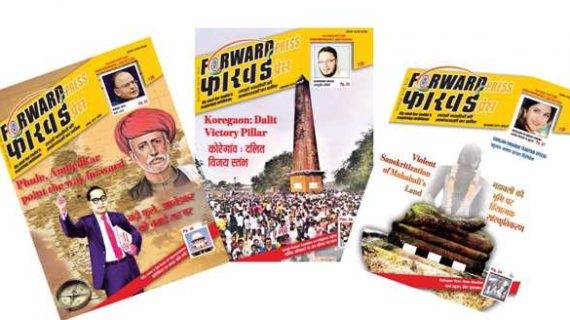