Uttar Pradesh is a tinderbox these days. The Assembly bye elections in 12 constituencies, vacated by MLAs (11 of them from the BJP) when they were elected to Parliament, are due by October. Five of these seats — Saharanpur Nagar, Bijnor, Kairana, Thakurwada and Gautam Buddh Nagar — are in Western UP, where the largest number of 259 communal incidents were recorded.

The BJP’s stake in these polls is the most significant. It will be the first measure of the Modi government’s first months in office. The results would very likely determine the outcome of the 2017 UP assembly elections and possibly influence the chances of Modi winning a second term in 2019. All things considered, then why are there no rallies or speeches? 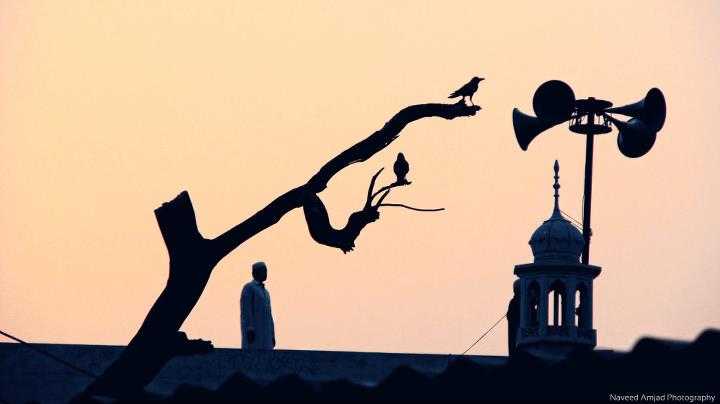 It would seem like the new Shahenshah of the BJP thinks the Gujarat model of politics will work better. In Uttar Pradesh, it translates into pitting communities against each other as was “successfully” tested in Muzaffarnagar in 2013. This time the targets are specifically Dalits and Muslims, who together formed the core of the voters that once helped BSP supremo Mayawati win the Assembly elections. Her party, though, is not contesting these bye-polls, so the Dalits are up for grabs. but the BJP’s calculation appears to be that Dalits would join the Hindutva brigade if they were made to believe that they were under threat from Muslims.

No wonder, since the day the BJP romped to victory in the Lok Sabha elections, there have been 605 communal incidents in the state, of which 60 per cent have taken place in and around the constituencies where elections are due.

“Even small issues like motorbike accidents involving Hindus and Muslims is leading to mobs gathering. No one seems willing to see reason,” DIG, Moradabad zone, Gulab Singh, told the Indian Express.
Most of these so-called communal incidents were engineered if not manufactured mainly by one party with a vested interest. The main case in point is the Moradabad incident of early July. Responding to complaints by the dominant local Muslims observing Ramzan, the police had taken down an unauthorized loudspeaker from a Dalit Sant Ravidas temple in in Nyaygaon Akbarpur village. To defuse the tension around this incident the local Dalitand Muslim leaders had come to an agreement. The BJP MP of Moradabad, Kunwar Servesh Kumar. was a signatory to the agreement. However, under pressure from his superiors, he broke the agreement so that the BJP initiated Mahapanchayat on 4 July could proceed. All because the events in Kanth are likely to have an impact on the bye elections in the adjoining assembly constituencies of Thakurdwara and Bijnor.

Clashes have taken on a communal hue in places where there was no history of tension between communities. In Sonvar village of Azamgarh district, an argument on 4 July between a Muslim family and a Dalit family over the boundaries of their fields led to a communal clash in which eight people were injured.
Temples blaring out music as the Muslims attended prayers during Ramzan, a Shiv lingam dug up near a Muslim burial ground, the construction of a gate shaped like a minar, and romantic relationships between Muslims and Hindus – these have all been sparks for the clashes.

Casualties, though, have been few and far between, and this appears to be deliberate, allowing the central and state governments to look the other way. In fact, there appears to be a clear strategy to fan the flames of communal tensions enough to simmer but not to boil over. In incident after incident, there is little doubt as to who the chef in this communal kitchen is. 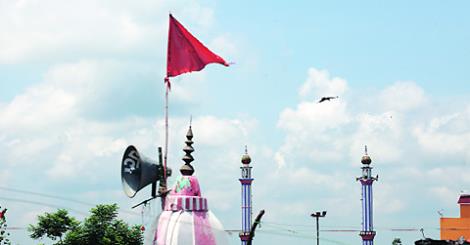 Local BJP leaders have been quick to arrive at the scene of these incidents, sometimes blocking roads and fomenting tension. Often, outsiders have added fuel to the fire – like when the 2,500 Hindus who turned up at Kothwai Nagar, near Saharanpur city, on July 23, two days before riots broke out between Sikhs and Muslims in the city itself. They had read this message on WhatsApp, allegedly sent by Vijay Kumar Mittal, head of the Bageshwar temple committee in Saharanpur: Mitron aaj to tumhare mandiron se speaker utar rahe hain, ek na huye to kal yeh tumhare ghar main ghuske tumhari izzat utarenge. Isliye bolta hoon, apni taakat dikha do. To sab milte hain, shaam 6 baje Bageshwar mandir. (Friends, today, they are removing speakers from your temples; if you do not unite, tomorrow they will enter your homes and humiliate you. This is why I say, demonstrate your strength. So let us meet at 6 pm at the Bageshwar temple.)

The Muslims who saw the crowd build up at the temple said that most of them were outsiders, and the police seem to agree. “We have never had such problems in the past. If it (the loudspeaker) was loud, we would request that the volume be turned down, and the pujari would oblige. But this Ramzan, it was impossible to conduct our prayers,” a Muslim man in Saharanpur who identified himself as Nazir told the Indian Express.

Police investigation into the riots in Saharanpur, in which Sikhs clashed with Muslims, revealed the extent of the participation of the Dalits. Half of all incidents of arson and violence were found to have taken place in Dalit and Muslim areas. Dalit rioters were involved in around 70 per cent of cases of destruction of property. Of all the non-Muslims who were arrested for the violence in the city, only 2 per cent were Sikhs – most of the rest were Dalit Hindus. In Kalasi Lane, on the outskirts of Saharanpur, an area that is surrounded by Muslim and Dalit neighbourhoods, only three shops in a shopping complex were set on fire – all belonging to Muslim tailors. All the suspects that police have arrested in the case are Dalits. Of the 605 communal incidents in the state, 68 – or every ninth incident – involved Muslims and Dalits.

A retired police officer was quoted as saying the polarisation process that began before the 2014 polls will be kept simmering till the BJP wins in 2017. Is this what is meant by the application of the Gujarat model to the rest of India? In Gujarat many SCs and STs were successfully co-opted by Hindutva forces to provide the muscle power against Muslims. Are the “Hindu” Dalits in UP going to be mobilized for muscle power even as OBCs earlier were in Hindutva’s “monkey brigade” (Bajrang Dal)? Surely this is not what Modi promised by the coming decade belonging to the Dalibahujans!