On 15 August 2014, a Member of Parliament was the chief guest at an Independence Day celebration I attended. Prior to the flag-hoisting, a concerned citizen asked the honourable MP if he had seen a particular road in his constituency. The MP answered the question publicly:

“Yes! During the election I covered my constituency. I saw that road and every other miserable road. The contract for that road included the responsibility for maintaining it for six years – maybe for four years. The difficulty is that no one knows who is responsible to enforce that contract. 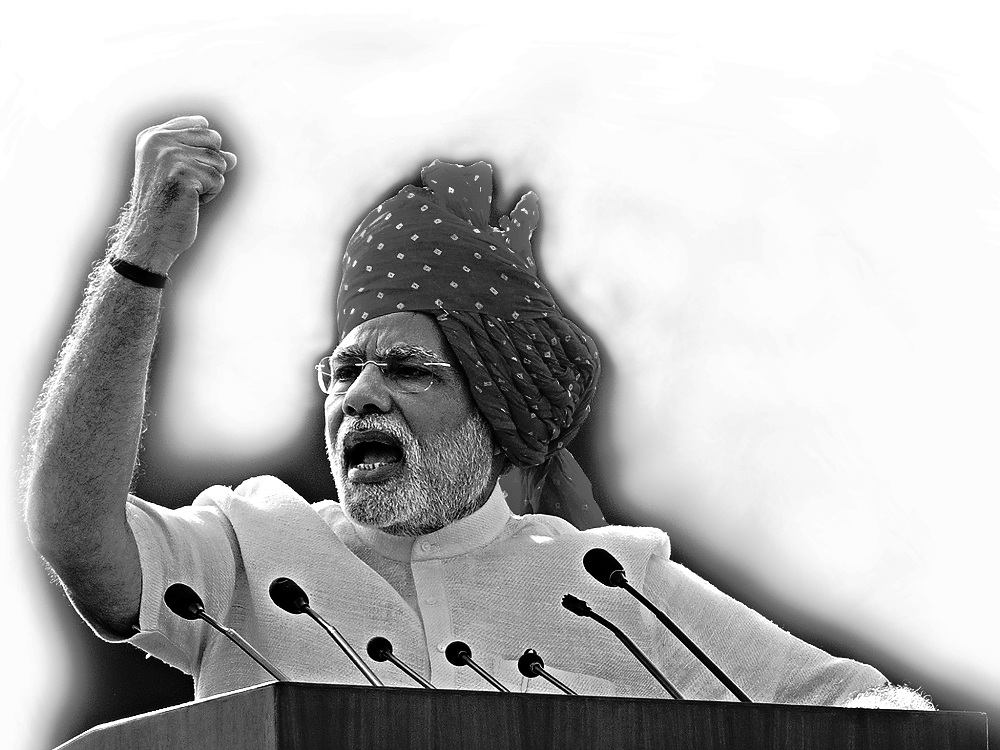 “Our roads, our villages are in this horrible condition because for all these decades we had too many authorities in the country – the federal government, the state government, the district administration, the Block Development Office, the village panchayat, etc. This [democratic] decentralization of power has created chaos. No one takes responsibility. Now, 67 years after Independence, India is finally on the road to real freedom. We now have one supreme leader in control. Better days are coming.”

His long lecture did not once mention the Independence Movement or Mahatma Gandhi. For him the previous 67 years had been wasted. “That’s why the world hardly sees goods ‘Made in India’. We are still importers. We ought to be exporters.”

The question about the road had been raised because during the monsoons, some of these roads become unusable. The MP did not discuss the hardships of his voters, but he did lament that “Until Modi, none of the leaders had felt the pain of the Kashmiri Pundits who had to sit on Delhi footpaths as humble vendors of poor people’s clothes.”

“True freedom [i.e., freedom from our irresponsible, corrupt democracy],” said the MP, “has begun only now – because, the nation has voted [to transfer power from themselves to] a supreme leader. The new Prime Minister has vowed, ‘I will neither take bribes, nor allow anyone else to do so’.”

The audience, mostly university students, frequently applauded the MP. They concurred with his diagnosis, even if they neither grasped the implications, nor imagined any alternative solution. For example, Ratan, who sat next to me during that lecture, knew corruption first hand. He had visited me the previous day, asking me to hire one of his acquaintances, Raja.

“Raja has an MA degree,” Ratan said to me, “but I want you to hire him not because is competent but because he needs a job. I’ve got to be honest with you. Raja doesn’t know anything. You will need to coach him. All through his education, Raja, like most other students bribed and cheated in exams. That’s how he got so far.
“In fact, I too have the Intermediate (Class 12) certificate. I passed High School (Class 10) in first division, with 65% marks. In Intermediate, I got second division, 55%. But since I’ve repented of my sin and accepted the Lord Jesus as my Saviour, I never say that I am intermediate, because I too bribed invigilators and cheated in both the exams. Therefore, when asked about my education, I only say that I am Class 8 pass.” Ratan’s confession intrigued me, even as it made it difficult to hire Raja: Should I hire someone who is incompetent as well as a cheater?

Yet, I asked Ratan a different question: “Aren’t students afraid of offering bribes to invigilators?”
“No! Why?” Ratan was astonished at my naivety. “Cheating is the norm in village schools. Everyone bribes. A proportion of the bribe, everyone knows, goes all the way up to the police and politicians. Everyone’s portion is fixed.”

So, as the audience clapped, I had to ask myself: Is the MP right that we wasted 67 years after Independence?
Has freedom meant the right to be so corrupt that – to counter annual monsoons – we can neither make good, cheap umbrellas nor maintain our roads?

Must real Independence mean freedom from our corrupt selves – by surrendering to a Supreme Leader? This, obviously, is not a peculiarly Indian problem. Thankfully, Prime Minister Modi has not gone as far as, Imran Khan, the Pakistani cricketer-turned-politician. Given the corruption in Pakistan, Imran Khan declared that as prime minister he would hang bribe-takers on poles to terrify the public. Ratan and Raja’s problem is this: If you hang bribe-taking teachers, how will students get degrees? Can force breed genuine work ethic? India needs a work ethic that will inspire contractors to maintain roads, teachers to teach, and manufacturers to produce cost-effective quality products. A dictator can execute the corrupt but ethics has to be cultivated by a culture, its worldview and spirituality. Our founding fathers understood this fact, even though they may have been guilty on other matters. Mahatma Gandhi, for example, required his upper-caste followers to clean toilets and use the spinning wheel. This was an effort to inject St Paul’s work ethic into India. Gandhi was Max Weber’s contemporary. He knew Weber’s thesis that the biblical ‘Protest work ethic’, not dictatorship, had produced the dramatic economic transformation of the Protestant nations. Gandhi’s effort to transform our caste-ridden culture of meditation into one that sees work as godliness has not succeeded. Arguably, Gandhi’s noble mission was undermined by his own tacit support for caste. Nevertheless, his vision to transform the Hindu work ethic was wiser than Hindutva’s new wisdom that Chinese-style authoritarianism will make us a nation of producers. 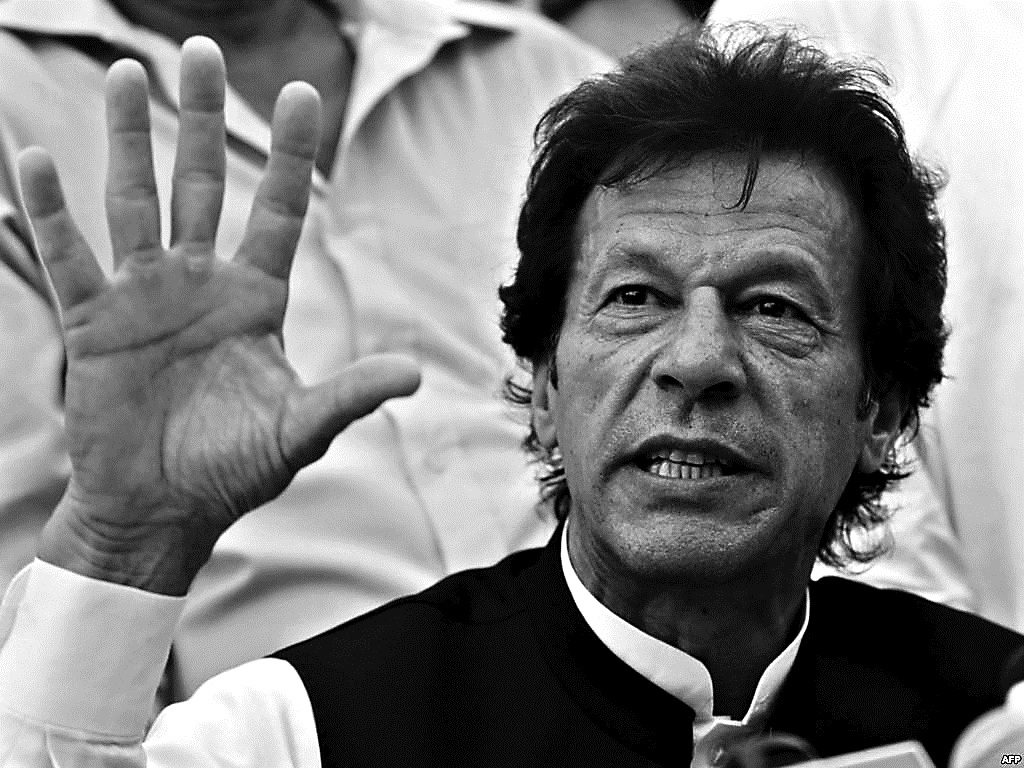 I did wonder why the MP’s Independence Day speech failed to mention the Independence Movement or the wisdom of our founding fathers. It is possible that

• The MP did not consider Gandhi to be India’s Rashtrapita (Father of the Nation)
• His party loyalty required him to replace old deities with new icons and myths
• As a public figure, he may be well aware that Indians are tired of the democratic freedom to be corrupt.

Many, especially the upper castes, are ready for dictatorship – at least for Chinese style one-party rule.
Whatever his reasons for ignoring our nation’s founding fathers, Independence Day is meant to celebrate freedom. But, the audience applause reassured the MP that many Indians want someone to liberate them from their democratic parties – and from leaders they have been electing. It is true that in the latest election, Mayawati’s BSP did not win a single seat in Parliament. BSP’s mission to unite Scheduled Castes and other backward castes into an effective political union lies shattered. Regional satraps such as Mulayam Singh, Nitish Kumar, and Lalu Prasad were drubbed along with the Congress. One question is: How are we to interpret Modi’s massive mandate? The MP’s interpretation was sobering: As an MP he represents the people. They elect him to exercise power on their behalf. His speech suggested that he saw himself as the representative of a one-man government. He spoke for Modi, not for people.

Mr Modi ran a brilliant election campaign. On that count alone, he deserved the victory he won. His mandate is decisive and clear. Is it possible that the MP was not representing but flattering Modi?
I would like to believe that the MP’s speech did not reflect Mr Modi’s mission to establish one man or one party rule. Yet, the MP’s message was clear to the discerning: Mr Modi is changing India at a profound level. The MP was conditioning voters to surrender their freedom in exchange for a promise of economic progress – making India a nation of producers and exporters.

The MP’s diagnosis was correct: If our umbrella factories are buying umbrella parts from China, then India has no one to blame but itself. However, should we weaken or abandon our freedom because our democracy has failed to make and export genuinely Indian umbrellas? Could it be that as a nation we need to learn what mahatmas such as Phule and Gandhi had learnt?

Only the truth can set us free

Jotiba Phule founded Satya Shodhak Samaj (truth-seekers community) and Mahatma Gandhi described his life as My Experiments with Truth, because both Phule and Gandhi learned from Jesus that it is truth that sets us free (John 8:31–32). Contractors do not maintain roads because they worship Lakshmi. They can’t be held accountable, because they have appeased bureaucrats and politicians who also worship Lakshmi. Irresponsibility is often another name for inner moral corruption.

Corruption turns ordinary citizens, including students and teachers into criminals. Our behavior is corrupt, sinful because our minds and beliefs are not anchored in truth. Much of our traditional philosophy does not even know that truth has a moral dimension. It teaches that Truth is beyond morality. The Buddha, Kabir, and Babasaheb Dr Bhimrao Ambedkar rejected our religious myths and philosophy because they knew that we were worshipping gods we knew were false – made up. That leads us to a perspective radically different than our honourable Member of Parliament’s.

Prime Minister, Mr Narendra Modi’s goal to fill the world with goods “Made in India” deserves our whole-hearted support. Yet, the incomparably bigger need is to fill India with honest people. India needs to learn how to make men and women who know how to handle freedom.

The MP was right: We need a saviour who will save us from our sinful selves, from addiction to falsehood. That alone will enable us to govern ourselves with justice, righteousness and love. 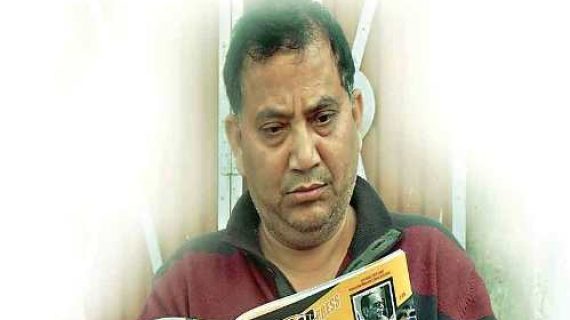 ‘I never give much weight to what maulanas and muftis say’

Baba Saheb Bhimrao Ambedkar had once said that the condition of Muslim Dalits was worse than that of their Hindu counterparts. The situation remains the same even today. In 1998, the Pasmanda Muslims constituted All India Muslim Pasmanda Mahaz to let their voices be heard 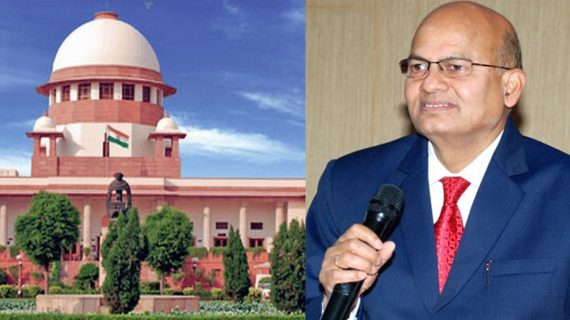 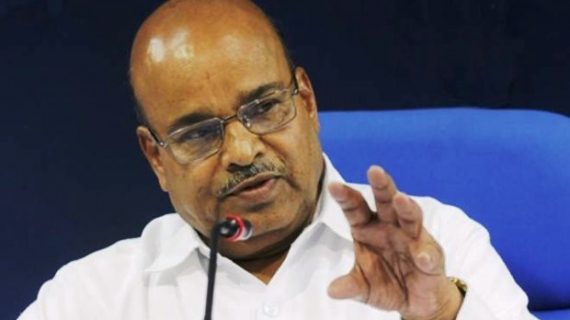 -With the National Commission for Backward Classes reportedly having given its nod to a key recommendation of the B.P. Sharma committee, a large section of OBCs stands to forfeit eligibility for reservations. Union Minister Thawar Chand Gehlot’s casual remark that the recommendation is nothing new doesn’t help matters, reports Nawal Kishore Kumar