Two incidents in July have yet again demonstrated the barbaric behaviour of the Bihar police towards Dalitbahujans. At Akbarpur of Rohtas district, Upendra Kushwaha of Tekari in Chenari and Pradeep Paswan of Sunderganj fell to police bullets on 8 July. At Madanpur in Aurangabad, Mahadalit Kalawarti Devi and r 12-year-old Ramdhyan Rikiyasan of Bhuyian caste were killed in police firing on 19 July. 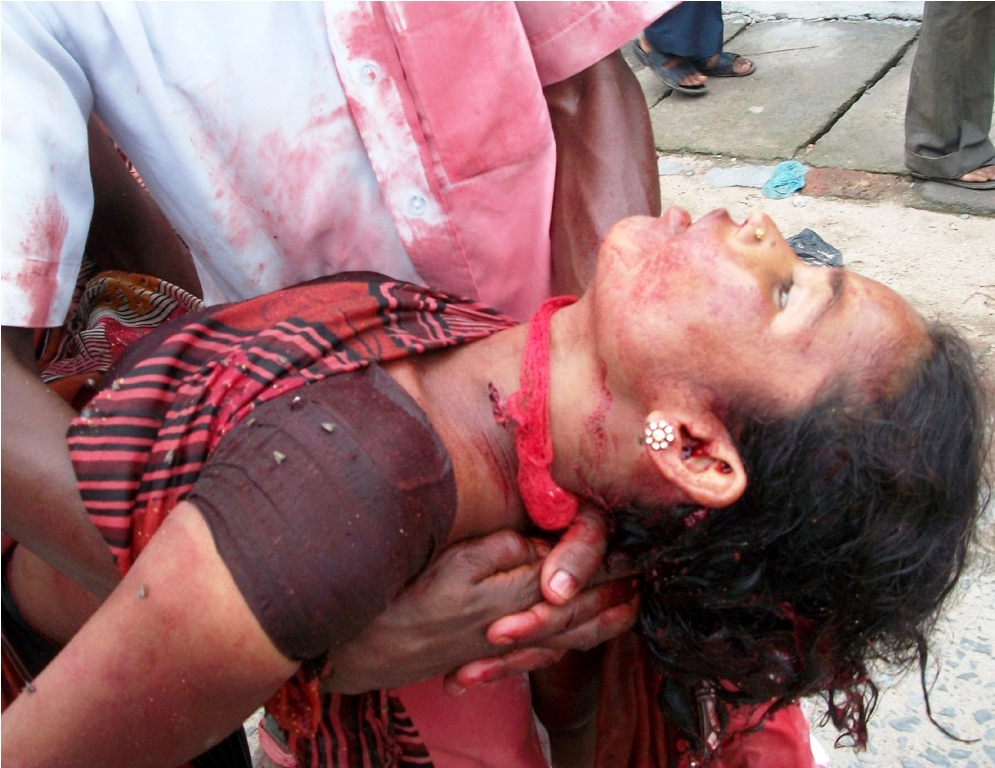 Prior to it, on 2 May 2012, OBC leaders Koiri Rajaram Singh, Urmila Sharan and Yadav Kiran Yadvendu became victims of police brutality. All three approached the Human Rights Commission, which vindicated their stand. This was a big victory for the non-Savarnas of Bihar, especially against the state police, which remained a mute spectator to the mayhem in the state after the murder of Ranvir Sena chief Brahmeshwar Mukhiya. At that time – and ever since then – the question that is being repeatedly asked is : how long will the police continue to indulge in this kind of duplicity and discrimination. The behaviour of the police depends largely on the caste composition of the crowd.

The Aurangabad incident has revived memories of the old, barbaric face of the police. Vimal Kishore Sinha, who was SP of the district in the 1980s had written in the district souvenir Kadambari , “Far from police stations, free from any control, I saw police jawans eating, drinking and making merry at police pickets. Those who were deployed to secure the pickets, were catching hold of villagers, extorting money from them and branding them as extremists”. Things seem to have hardly changed since then. Why does the police behave differently when it confronts members of a weak caste? Would the accused, who had committed two murders and stripped a Savarna woman, Sangeeta Devi, at Jehanabad in the presence of DSP SM Vakil Ahmed and Town Inspector Nagendra Singh, have escaped from police custody from PMCH if he belonged to a weak caste? Would the police have been so cool in the case of such a serious crime if the offender did not belong to the same caste as the victim? 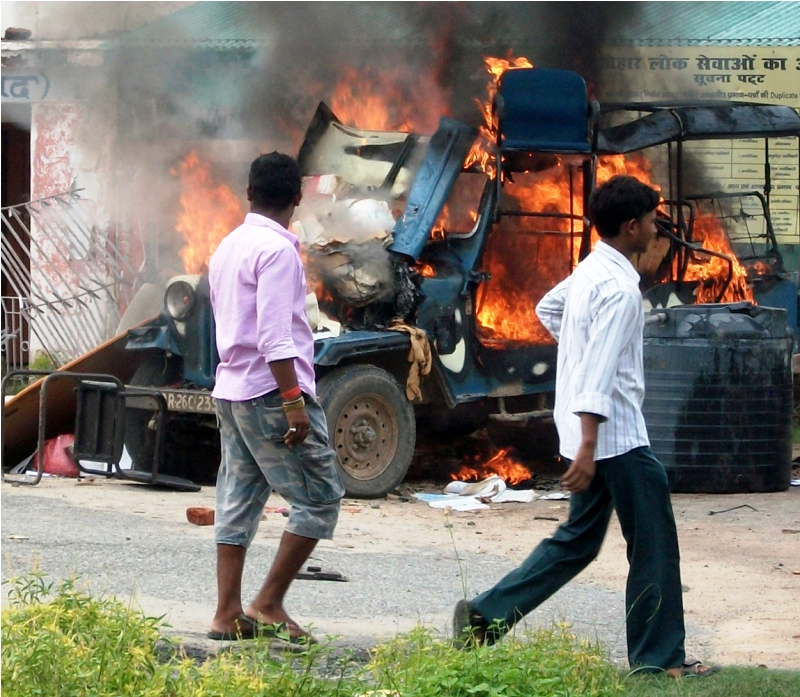 The fact is that the character of the Bihar police has not changed even after Independence. It is behaving in the same manner as it was taught to in colonial India. That is why people still look upon the cops with apprehension and fear. They have no faith in the police. After the British left, the police became the handmaiden of the landlords and the rich and its attitude towards the commoners continued to be negative. Every attempt to make the police, people-friendly failed. The root of the Aurangabad incident lies in the fact that the police jawans were abusing commoners, branding them as naxals while at the same time feasting at their cost. That has been going on for long. When the Mahadalit families of Chali Dohar, Kanodi, Sahiyari and Nimidih began opposing it, the top officers did not take any notice. No attempt was made to solve the
problem. 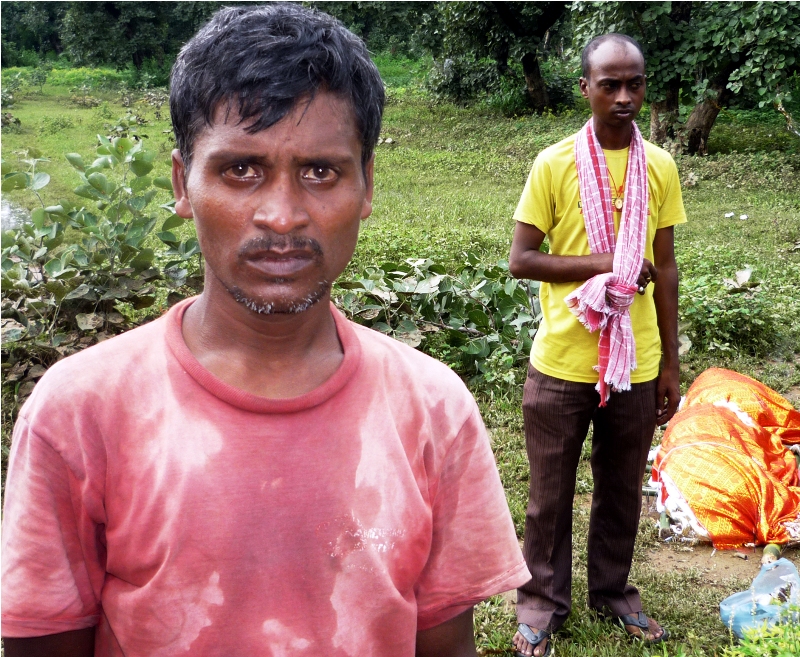 Ramlagan Bhuiyan was beaten up by the jawans of CRPF and the Cobra battallion. Why did the CRPF jawans beat Moti Harul Bhuiyan, Avdesh Bhuiyan and Shankar Bhuiyan after tying them up? People came out on the streets to protest and the CPI (ML) supported them. The spokesman of its regional committee Manas said that the party would continue to support the movement and also called for a Bihar Bandh on 23 July.
When the DM M. Navinchandra Jha warned the people ‘to disperse or else we will use force’ the response was, ‘Come on, open fire. We will burn all of you alive’. The explosion of this pent up anger shows that the Mahadalits were sick of the daily police atrocities and were no longer willing to take things lying down.

Are these women, minors “naxals”?

What was the crime of these commoners – of those who do not even get two square meals a day? Were Kalawati Devi and seven-year-old class seven student Ramdhyan Rikiyasan, who were murdered, naxals? Will an FIR be registered against the policemen who handcuffed minor boys Bittu, Pappu and Ritesh – all students of class seven? Could they too have been naxals? The court sent them to a juvenile delinquents home. The Supreme Court, on 23 March 1990, had slapped a fine of Rs 20,000 on policemen of Aliganj (UP) police station for handcuffing a minor named Aslam.

The general tendency is to brand Dalitbahujans as “naxals”. How come the police have managed to arrest all the 16 identified accused? Is this credible? What has happened is that those who have been arrested, have been made the accused and not vice versa. That is why even children are among the accused.
The police think that the fear of the bullet can crush agitations. But it forgets that the protestors are Indians – not British who will leave the country. The more exploited they are, the more united they will be. The police is bent upon proving that the firing was justified. It says that the crowd, comprising thousands of persons, including Naxals, had turned violent. The day following the incident, PK Shriwastava, DIG of Magadh range, said that there were Intelligence Bureau inputs that 8 to 10 naxals were present in the crowd. Can this alone justify opening fire on innocents? There might be anarchic and violent elements in any crowd but does that alone render the crowd liable to be fired upon? If the Bihar police does not reform itself, no one can stop the situation in the state from deteriorating fruther. Many backward caste police officers admit in private that naxalism is growing because of police atrocities and that the Savarna
bureaucracy is responsible for the police running amok. 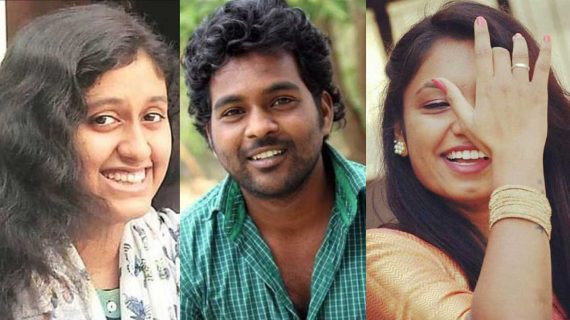 More than ever, students from the historically deprived sections of Indian society are entering the campuses for higher education. But, as Ritu found out, a struggle and little or no empathy await them there