(If you are proud of yourself, come with me What is great about sailing with the wind)

I cannot remember who penned these lines but after meeting Professor Ratanlal of the Hindu College, one feels that they were written for him.

For Ratanlal, born into a Dalit family and brought up in the semi-rural ambience of a small town in Bihar, appointment as a professor in the history department of the Hindu College, affiliated to the Delhi University, one of the biggest varsities of the country, could well have been the time to rest on his oars and lead an easygoing, self-centered life. He would have climbed the academic ladder gradually, providing his children with all the amenities of an upper-middle-class family. His children would not have even known about – let alone be influenced by – the kind of life their father led as a child. But Ratanlal was not one to confine himself to a narrow, self-satisfied existence. That was not his ideal. His ideals were Dr Ambedkar and Kabir. Besides the literature of Ambedkar, Dr Ratanlal is inspired by Kabir’s famous lines, “Jo ghar jare aapna, chale hamare saath” (One who is ready to burn his house can accompany me). 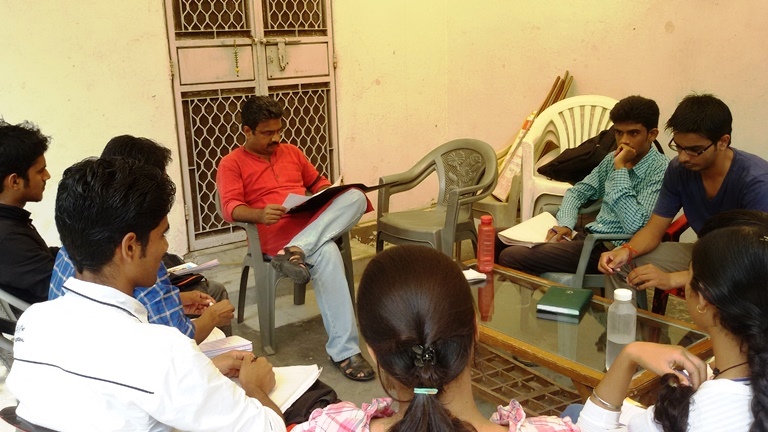 When this correspondent reached the home of this fighter professor to meet him, he was teaching his students. In the lawn sat a statue of Dr Ambedkar. He was boycotting classes in the college but he didn’t want the students to suffer, so he was teaching them at his home. The reason for the boycott: backlog in appointments of teachers in the Hindu college. According to Ratanlal, the college management was not making ad hoc appointments on posts sanctioned by the University Grants Commission. Instead, guest lecturers were brought in, causing a loss to the state exchequer. And this, he said, was a ploy for not implementing the roster for reservations for Dalits and OBCs. When he raised his voice against the irregularity, he was ignored. The management insisted that everything was being done as per the rules and regulations. To protest against the attitude of the management, he has decided not to take classes in the college till his demand was met. “The management has served a notice on me today,” he said.

Ratanlal’s father Rambali Singh did not want his son to leave his home and go to Delhi. In 1987-88, when, in Bihar, the deprived were increasingly entering the portals of colleges and universities and the campuses were agog, with political-apolitical movements, his father shifted him from the Langat Singh College in Muzzafarpur to a college in the nearby one-horse town of Motihari. He wanted to keep his son away from politicking. But Ratanlal had other ideas. He left his home without informing his parents, reached Delhi, and after studying at Delhi University, got an appointment in the Hindu College in the year 2000.

In 2005-06, he founded Youth For Social Justice – a platform for supporting reservations in higher education. At that time, an organization called Youth for Equality was opposing reservations.

Ratanlal has also been working to awaken the Dalitbahujans through symbolic acts. The statue of Ambedkar on his lawn is surrounded by a fountain, and expensive lighting arrangements. “I have done all this at my cost,” he said. “Dr Ambedkar was the builder of modern India, but, unfortunately, he is considered the leader of only a particular class. On the other hand, Dwij leaders have a universal status. It is to demolish this myth that I got the statue erected and held a grand function to dedicate it to the people. There were some muted protests but the college management never gave me a written notice.”

This history professor has an abiding interest in Bahujan history and he believes in charting a new course. Every year, he gives away a Dashrath Manjhi award to a person whose work is considered lowly by society. In the past, he has got many class-four employees of his college feted at the hands of Laloo Prasad Yadav and the present Bihar chief minister, Jeetan Ram Manjhi. “Those in the politics of Dalit-OBCs should also pay attention to making inroads into the academic arena,; only that can bring about a lasting change in society,” he said. 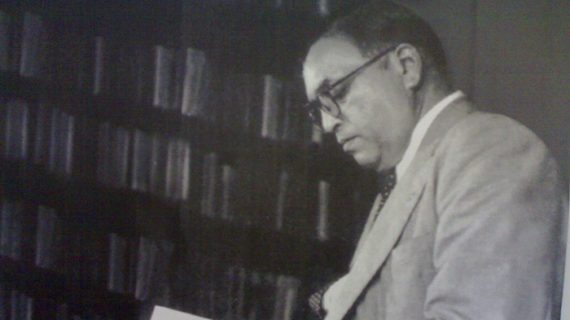 Ambedkar: An educationist of the marginalized

Ambedkar believed that education is a movement. If it does not fulfil its objectives, it is useless. True education cradles humanity, generates sources of livelihood, imparts wisdom and imbues us with egalitarianism. Meenakshi Meena’s exposition: 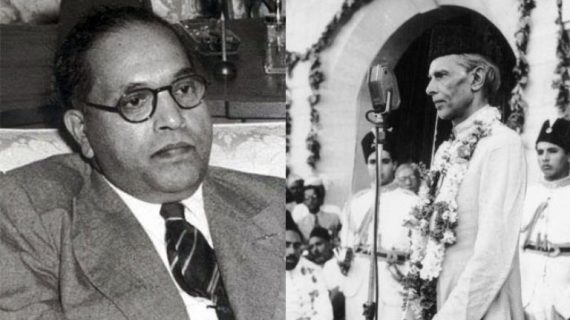 Ambedkar and Jinnah were not only contemporaries but their views on equality and partnership were more or less same. Then, why does Ambedkar’s caravan continue to march ahead while Jinnah’s has been left behind? Syed Zaigam Murtza looks for an answer