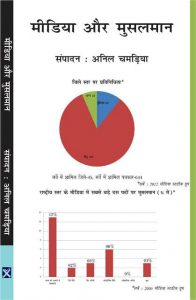 In a 2006 study, Anil Chamadia, Yogendra Yadav and Jitendra Kumar had collected and collated data on the social background of 315 functionaries of the editorial departments of 37 Delhi-based media institutions. They found that Muslim presence in these institutions was next to nothing.

The book Media Aur Musalman (Media and Muslims), based on research studies conducted by the Media Studies Group, is a meticulous and thorough study and analysis of the available data — especially the state of Muslim representation in the Hindi belt — makes for an insightful read. The book also breaks down Muslim representation to the upper ‘caste’ Ashraf and the lower ‘caste’ Ajlaf, as well as by gender.

The book deeply analyses the effect the lack of proper representation of Muslims in the media has on the social fabric. For instance, in the first chapter entitled “Principles of Verifying News in the Age of Globalization”, Anil Chamadia questions the attitudes and biases of the media. If the media can break free from its prejudices, it can easily identify the sources that can help verify a particular piece of news. Journalists often have political biases. These biases, of course, affect their writings. But more importantly, the use of biased sources for verifying news builds a society that starts believing in a fictional history. This fictional history is then publicized by those political forces that stand to benefit from it. Thus, journalists become mere instruments of political parties.

The book also tries to put in perspective the debate in the media on the issue of terrorism and attempts to understand the kind of society it builds, starting with the grass roots. Mashuddin Sanjari’s piece on the “media trial of Azamgarh” is very helpful in understanding this phenomenon. Minutely analyzing the “media trial” of Azamgarh after the bomb blast in December 2010 at the Dashashamev Ghat, Varanasi, the book shows how the media, instead of giving true information and facts to the people, allowed their personal biases to come in the way, and throwing journalistic values to the winds, played into the hands of the government machinery.

In the chapter entitled “Hindi-English Divide in News”, Shaheen Nazar says that Hindi newspapers don’t give much prominence to news about the daily life and problems of Muslims. For instance, in the name of combating terrorism, security agencies have targeted places in the country where the Muslims are socially and economically better off, but the national media has maintained a stoic silence. Only the Urdu media has raised this issue and drawn attention to the violation of the civil rights of Muslim leaders and human rights activists. The writer has shown how the Urdu and Hindi newspapers of the same stable have different approaches and present the same news differently. A news item that is carried on the first page of an Urdu newspaper might find no mention at all in the Hindi newspaper of the same group.

Mohammed Sajjad, assistant professor in Aligarh University, helps us understand the role and nature of Urdu media in his article titled Nai Dunia, Tab Aur Ab (Nai Dunia, Then and Now). The government’s “concern” for Urdu is exposed by a survey-based research of Avneesh on DD Urdu. The number of media personnel in different offices of DD Urdu and its organizational structure show that if the channel is languishing, it is not because of the language but because of the indifference of the government. In his article, Samacharpatra aur Muslim netritva ke Vimukhta (Newspapers and the Aversion to Muslim Representation), Avinash has sought to deeply analyze the thought process of the journalists of Urdu newspapers.

The appendix of the book carries important articles and reports under 16 heads written by Anil Chamadia.

This book is also important because it has analytical articles in Hindi on newspapers of the Hindi belt. One doesn’t know whether the journalists of the Hindi belt will use it for self-analysis but the book will definitely equip their readers – given that it is written in a language they understand well – with a new understanding of the writers and editors who put together the newspapers they read every day. 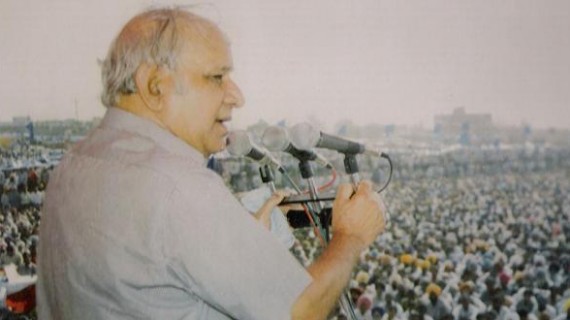 Instead of meticulously building the media to bring about fundamental changes in society, our leaders use it for short-term political gains