The categorization of Indian tribal peoples that was carried out during the 19th century continues to shape the social and political policies relevant to them today. The British colonial state in India, as part of establishing key sites of law and order, labelled certain tribes, groups, castes and individuals as “criminals” through the conflation of law, crime and then new racial sciences. 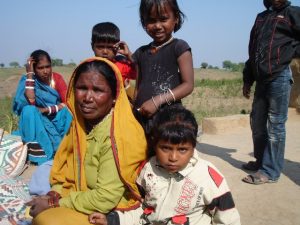 In 1947, the year of Independence, there were close to 128 tribes, 1 per cent of India’s total population, that had been branded as “criminal”. In 1952, these Criminal Tribes were given the status of Denotified Tribes (DNT) or Vimukta Jati. The Criminal Tribes Act of 1871 has been tinkered with many a time but the basic essence of the act remains intact. Though the “legal status” was changed, the “social status” refused to go away.

Colonial Orientalism
Race, caste and tribe in India are intricately linked to Orientalism, colonialism and the accompanying racist ideology. The British quest to establish the notions of law and order, and a definable and reliable relationship between the colonizers and the colonized entailed the formulation of knowledge through various ethnological studies of native society. Scientific discourses about the colonial state were central to the maintenance of law and order in British India. The central aspect of controlling the people of India at this time was thought to be establishing continuity with the ancient regime, and the British – as J. Duncan M. Derrett said – took the orthodox brahmanical version as the standard of Hindu law. The Orientalists identified the code of Manusmriti, the concept of a caste hierarchy and the related notion of dharma, as the legal key to unlocking pre-colonial judicial India. High castes occupied key positions within the criminal justice system. Outside the fourfold hierarchy were the untouchables and the criminal castes and tribes. The pre-colonial Indian notions of policing and justice derived from defining and penalizing offences according to caste, respectability and social norms.

Construction of the criminal
By internalizing the knowledge of the high castes, the early colonial officials established key sites of “law and order”. Caste definitions assumed a more concrete form, not only in a social and political capacity, but also in the construction of criminality. The use of “scientific” notions of “criminality” culminated in the arrest, removal and forcible transportation of the indigenous peoples. An array of colonial scholars have worked on the making of criminal communities and groups in north India through the discourse of race, caste and tribe, especially Thuggees and Sansis, who were known for their perceived criminal propensities. Such a construction of alterity or otherness and nomenclatures were used for the hegemonic consolidation of colonial rule and as an important tool in delegitimizing local uprisings. From the late 18th century onwards, several efforts were also made by the British colonial officials to classify “criminals” into groups and types. To British minds, one of the distinguishing features of crime in India was its communal character. Not only was robbery attended by violence – referred to as dacoity – widespread but was also undertaken almost wholly by men operating in bands whose pursuit of crime was tied both to kinship networks and to structures of patronage and authority. By categorizing and labelling certain sections of the indigenous population in India as criminals and bandits, the colonial state attempted to sustain Western identity and racial superiority. The designation also allowed the higher castes to identify with their colonial masters, thus placing the “criminal” tribes and castes outside the notion of modernity and progress.

The postcolonial state has inexplicably retained the term tribe with similar connotations and is using it for the purpose of creating alterity. In the Indian context, these have strongly infiltrated both administrative and academic arenas. The CTA of 1871, along with a few other “modalities of identification or information” like the census and fingerprint technology or dactyloscopy as it was known then, was designed to be effective for political surveillance, colonial subjugation and sedentarization. The ostensible purpose of the 1871 Act had been to suppress hereditarily criminal sections of the society (Radhakrishna: 2001). Certain “investigative modalities” like the census, gazetteers and surveys, and colonial disciplines like anthropology and anthropometry divided the country into “marital races” and “criminal castes”. By the end of the 19th century, the triad of the three Cs, that is, crime, caste and census, became the defining feature of British India. The CTA, under the influence of eugenics and social Darwinism, supposed that criminality was hereditary and passed on from one generation to another.

After Independence
Tribes in the official discourse of post-Independence India are those communities included in the list of Scheduled Tribes (ST) in the Constitution. Though there are no criteria specified in the Constitution, the Scheduled Tribes were commonly accepted as being geographically isolated and having primitive traits, distinctive culture, little contact with other communities, low level of technological advancement, lack of specialization, a high prevalence of communal possession of land and other means of production, non-acquisitive value system, and an absence of economic hierarchy. Tribal sociopolitical economy is represented as a much lower stage of economic development. Furthermore, tribes are considered to be always located in spaces identified as rural. That is why the policy framework that is oriented towards supporting tribal communities in India, in the form of laws such as the Panchayat (Extension to Scheduled Areas) (PESA) Act 1996 or the Scheduled Tribes and Other Traditional Forest Dwellers (Recognition of Forest Rights) Act 2006, is largely restricted to rural areas.

The state’s attitude towards tribes today is largely a product of 19th-century India, punctuated as it was with “moments of rupture” and marked by great political and administrative upheavals. There is an urgent need to work among these communities to organize them so that they can liberate themselves from their present-day social and economic miseries. 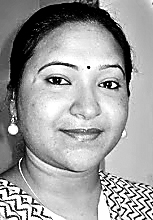 Dr Proggya Ghatak is an assistant professor at NISWASS, Bhubaneswar