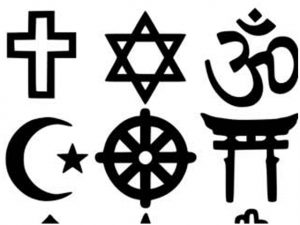 Ever since the BJP took over the reins of the central government, the RSS, VHP and about three dozen affiliates have intensified their Hindutva campaign, the ultimate aim of which is to realize their dream of making India a “Hindu rashtra”. There is staunch opposition to this campaign not only at the political level but also among civil society.

After the much-publicized Agra “ghar wapsi”, Dalits and Tribals in many areas of the country have embraced Islam, Christianity or Buddhism. On 11 January, about 150 Hindu families of the Narnaud area of Haryana’s Hissar district adopted Christianity. Earlier, on 5 January, about 2,000 Dalit families of Gaya and Saran districts of Bihar switched to Buddhism. Last year, on 27 December, 40 Dalit (Mushar) families embraced Christianity in Atiya village of Gaya district. There have also been reports of mass conversions from Meenakshipuram in Tamil Nadu’s Tirunelveli district, where 600 people of the Thevar caste converted to Islam.

About 60 Dalit families of Jamalpur in Uttar Pradesh’s Meerut district have issued an ultimatum to the local VHP leader saying that unless they are allowed to worship at the Valmiki Ashram in Baghpat, they would take to Islam. These families had not been allowed to enter the ashram when they had gone there on Valmiki Jayanti to perform a puja. The Dalits had the charge of the ashram for years until a group of upper-caste people forcefully took over a couple of months ago.

In the meantime, the RSS is facing a big challenge in its citadel, Nagpur. If Hanumant Upre, president of the Satyashodhak OBC Parishad, is to be believed, about five lakh OBCs will embrace Buddhism en masse in the city soon. Needless to say, all those who have deserted Hinduism and others who may follow in their footsteps hail from the lower castes. Their socio-economic condition is miserable and Hinduism seems to have very little to offer them except hatred, humiliation and atrocities at the hands of the upper castes.