“[T]urn in any direction you like, caste is the monster that crosses your path. You cannot have political reform, you cannot have economic reform, unless you kill this monster. …The effect of caste on the ethics of the Hindus is simply deplorable. Caste has killed public spirit. Caste has destroyed the sense of public charity. Caste has made public opinion impossible. …Virtue has become caste-ridden and morality has become caste-bound. There is no sympathy to the deserving. There is no appreciation of the meritorious. There is no charity to the needy. …There is charity but it begins with the caste and ends with the caste. The capacity to appreciate merits in a man apart from his caste does not exist in a Hindu.”– Dr Ambedkar

Recently, when I again went through Annihilation of Caste, Ambedkar’s undelivered speech, his questions to the socialists seemed to me more relevant than when they were asked in 1936. The socialists’ or the Left’s failure to creatively respond to the questions or engage with the issues raised is the reason why even after 68 years of independence, the Left is not in a position to form a government at the Centre or to reform the unequal social system to uplift a vast majority of people.

The questions Ambedkar asked were: “Can you have economic reform without first bringing about a reform of the social order? Can it be said that the proletariat of India, poor as it is, recognizes no distinctions except that of the rich and the poor? Can it be said that the poor in India recognize no such distinctions of caste or creed, high or low? If the fact is that they do, what unity of front can be expected from such a proletariat in its action against the rich? How can there be a revolution if the proletariat cannot present a united front?”

The Left has miserably failed in fighting the monster called caste. Even in the states like Kerala and West Bengal, where it has ruled for decades, it never tried to annihilate caste distinctions or allow somebody from the underprivileged sections or the so-called lower-caste background to be the chief minister or the party secretary. Their duty was and is to vote “their own” party into power and let the upper-caste people rule “for” them. They have never been allowed to rule.

And you will be astonished to meet “educated” people in Kerala’s Christian and Muslim community telling you that they have upper-caste backgrounds, as their forefathers who converted to Christianity or Islam were Brahmins! Thus almost every “educated” Christian or Muslim claims to have brahmanical blood in their veins. Their “education” doesn’t let them see the historical fact that the converts to Christianity and Islam were the oppressed and underprivileged who deserted Hinduism to escape caste oppression. The ubiquitous Left presence in the state and the intermittent Left rule have had no effect in abolishing caste or caste prejudice from the collective conscience of the so-called most educated people. Why haven’t the educational progress and the so-called progressive Left presence in the state made the people critical about caste? The reason is that the Left has never been interested in the struggle against caste. In the 58 years of Kerala’s existence, it has been ruled for nearly 29 years by the Left front, but there hasn’t been a single Dalit chief minister! 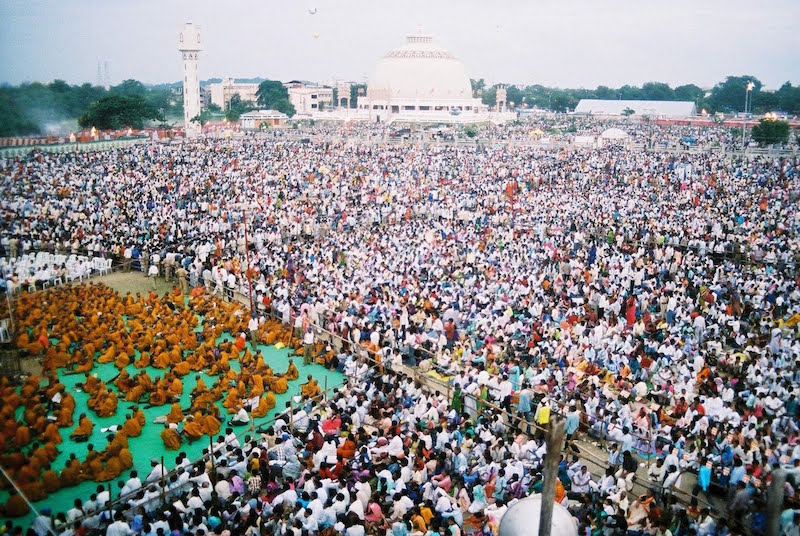 What I am implying is that our education or the conventional progressive outlook doesn’t help us kill the monster called caste. Rather, it makes the so-called upper-caste people proud of their caste and past. It makes Christians and Muslims invent stories of upper-caste connections, with the Dalits hating their past – the centuries-long discrimination – and asserting their caste identity by idolizing Ambedkar. (A female Dalit activist, Saleena Prakkanam, has written in her autobiography how she dropped out of college as her teachers constantly looked down on her. This happened in Kerala, the most “educated” and “developed” state in India.) As a result, the monster which Ambedkar wanted to kill has grown unassailable and become more entrenched, thanks to the upper castes, Christians, Muslims and even Dalits! Ambedkar is the visionary who said: “Though I was born a Hindu, I solemnly assure you that I will not die as a Hindu.” And he didn’t die as a Hindu. Today, we can use his thoughts to elevate the Dalits, OBCs and the so-called upper castes too to the status of true human beings, instead of using him as an icon for identity politics. Of course, we need identity politics, but it should be only a means to the end and the end should be the total annihilation of the caste system.

Gandhi, who said that India lives in the villages, was hijacked by those who live in the cities to rule the nation and ruin the villages. Ambedkar, who wanted to annihilate caste, is widely seen as a Dalit icon instead of as a great Indian who tried to free all of his fellow countrymen from the suffocating grip of caste. The Left has spent no time to study and tap into Ambedkar and Phule’s thoughts to reach out to the people. Instead, they wasted their time on Marx and Russia. Dalit politics, environmentalism and feminism are still unpalatable subjects for the “mainstream” Left parties in India. No wonder they are withering away like the Soviet Union withered away.

The huge political task before the people of India is to free Gandhi from the clutches of the ruling class, Ambedkar and Phule from the Dalit niches and combine their vision of India with today’s need to preserve the environment. No political party, including the AAP, is ready to address this challenge.

Ambedkar was more revolutionary 80 years ago than the socialist or communist is today. He wrote that “it would be better if priesthood among the Hindus were abolished. But as this seems to be impossible, the priesthood must at least cease to be hereditary. Every person who professes to be a Hindu must be eligible for being a priest. It should be provided by law that no Hindu shall be entitled to be a priest unless he has passed an examination prescribed by the State and holds a sanad from the State permitting him to practise.” (Annihilation of Caste)

Why should caste or gender be a bar for becoming a priest? Today, Dalits, OBCs and women are not even allowed entry into the sanctum sanctorums of our temples and yet we claim to be the largest democracy in the world!

As Ambedkar said in the last part of Annihilation of Caste, the dire need of our time is that we “must give a new doctrinal basis to our Religion – a basis that will be in consonance with Liberty, Equality and Fraternity; in short, with Democracy.”

We live in a time when fascism has encroached on the spirit of democracy and democracy is being purged of its salient features— dissent, plurality and diversity. As Ambedkar says, “Democracy is not merely a form of government. It is primarily a mode of associated living, of conjoint communicated experience. It is essentially an attitude of respect and reverence towards one’s fellow men.”

How could then the homes of Dalits be torched? How could Dalits be burnt alive for entering temples? How could people be lynched for eating what they like? How could even little girls, virtually toddlers, be raped and killed?

According to the UNESCO’s Education for All (EFA) Global Monitoring Report (GMR) 2013/14, Teaching and Learning: Achieving Quality for All, India has the largest illiterate adult population in the world – 287 million. And the 2014 annual report of the UN Food and Agriculture Organization says that India is home to the largest number of undernourished people in the world – 196.6 million. And since 1991, Indian farmers have been killing themselves as the servile, corporate policies of the Indian state leave them helpless. According to the National Crime Record Bureau, 2,90,740 farmers committed suicide during 1995-2011 – an average of 18,171 farm suicides each year! In his article “Corporate socialism’s 2G orgy” (The Hindu, 7 March 2011) P. Sainath writes: “In six years from 2005-6, the Government of India wrote off corporate income tax worth Rs 3,74,937 crore. While writing off this gigantic sum for corporates, Pranab Mukherjee’s latest budget slashes thousands of crores from agriculture.”

The present government at the Centre is even more preoccupied with serving the corporates. Dalits, Adivasis, secularism, plurality, the environment and the inclusive and syncretic culture of the nation will be victims of corporate greed and onslaught, casteism, religious fundamentalism and communal hatred until we begin practising what Ambedkar preached 80 years ago.

Sukumaran C.V., a JNU alumnus, is a clerk in the Kerala Government Service. He is also a widely published writer on gender, the environment, communalism and other sociopolitical issues