The government wants to reform the existing system of appointing judges. It wants to frame new rules for appointments to the higher judiciary, including the Supreme Court, and do away with the present collegium system. The Supreme Court is not in agreement with the government on this issue. Under the present collegium system, the judges appoint judges. Why does the institution that is meant to ensure adherence to the Constitution want to monopolize appointments to it? Why has the inclusive reservation system not been implemented in the higher judiciary? Obsessed with the idea of merit, the higher judiciary seems to be in the hands of a few families. Even the government does not seem to be interested in ending this oligarchy, for its proposed reforms do not include reservations in the appointment of judges in the Supreme Court and the high courts. 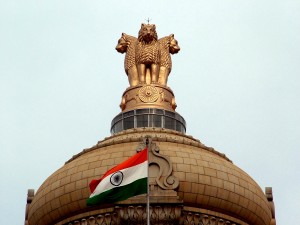 The National Commission for Scheduled Castes has expressed its concern over the disregard of reservation norms in higher judicial appointments. The commission had released its report on this issue on 11 December 2014. According to the commission, the present structure of the judiciary is not in consonance with the national objectives of social equality and justice. The commission said, “Unfortunately, the composition of the higher judiciary shows that judges continue to be drawn from the very sections of society that are infected with the age-old social prejudices. Social inhibitions and class interests of such judges do not permit them full play of their intellectual honesty and integrity in their decisions in most matters. Recently, it came to light how Justice C.S. Karnan of the Madras High Court faced harassment at the hands of his upper-caste ‘brother judges’. Seventeen district judges of Chhattisgarh, all SCs/STs, were sacked, apparently without any valid reason. All of them had five to 10 years to go before retirement and could have been promoted as high court judges.”

The commission also noted that “courts drag their feet on awarding capital punishment to murderers of members of the Scheduled Castes/Tribes. The judiciary is neither sympathetic nor unbiased to the cause of backward classes.” Quoting from the Karia Munda report, submitted on 15 March 2000, the commission expressed its concern over the social composition of the employees of the Supreme Court and the high courts.

According to the commission, “The Bombay and Delhi high courts have not been following the reservation policy for the last 61 years. In Madras and Rajasthan high courts, there is no reservation for SCs and STs in promotions and in gazetted posts. The Allahabad, Andhra Pradesh, Punjab & Haryana, Patna and Madhya Pradesh high courts do not provide for reservations in promotions.”

According to 2011 figures, of the 850 judges in 21 high courts, only 24 are SCs and STs and in 14 high courts, there is not a single SC or ST judge. Of the 31 Supreme Court judges, not one is an SC or an ST. In its detailed report, the commission has recommended that in the light of the judgment in the Keshavananda Bharati case (1973, Supp. SCRI, page 830), the Supreme Court and high courts should also be considered “State”, the collegium system should be scrapped and then replaced by the National Judicial Commission with least one member each from SCs, STs, OBCs and minorities. While making appointments to high courts and the Supreme Court, the National Judicial Commission must adhere to 49.5 per cent reservation rule, ie 27 per cent for OBCs, 15 per cent for SCs and 7.5 per cent for SCs. To start with, up to 50 per cent of the new appointments should be made from SC and ST communities until 22.5 per cent reservation is achieved.

To ensure that casteism does not come into play in the selection process, the commission has recommended that “Reasons for rejection of SC and ST candidates may be placed on record before they are finally rejected for appointment as judges of the high courts and the Supreme Court. To ensure fair treatment, tests should be conducted and interviews may be videographed.”

The government’s stand on the commission’s recommendations is unclear but what is clear is that making the judiciary – with its love for the collegium system – fall in line will not be an easy task.

Caste Representation in the Supreme Court

As far as the representation of SCs and STs in the staff of the high courts and the Supreme Court is concerned, the situation is dismal. Details are given in the Karia Munda report presented to the Parliament on 15 March 2000: 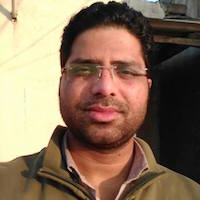