After the 2002 assembly elections, some Brahmins from rural areas of the state approached the Brahmin politicians and complained that the central government had been clearing the backlog in the OBC-quota recruitments to the paramilitary forces and other institutions and that the upper-caste candidates, especially the Brahmins, were not even allowed to fill the forms. The Brahmin politicians couldn’t tolerate this humiliation resulting from 27 per cent reservation for OBCs in central government jobs. They called a meeting and studied the law, but they were helpless because the recruiters belonged to the central government. Then, they invited other upper-caste politicians to join them in the second round of the meeting. 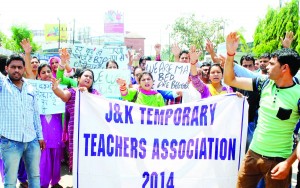 At the time, SRO 126 of 1994 was in force and the state government had only given away 2 per cent of the OBC quota to OBC candidates. While 27 per cent reservation in central government jobs stood, the National Conference party, while in power, had already allocated 20 per cent to the Residents of Backward Area (RBA) and 3 per cent to Residents of Actual Line of Control (RALC). The OBCs filed a PIL in the Supreme Court against this unconstitutional move. The castes/classes are hereditary and if a person is born into a lower caste, the stigma of social backwardness never leaves them. However, this is not true of a geographical category like RBA and RALC. The OBCs of J&K strongly opposed the inclusion of “Backward Area” and “Area adjoining Actual Line of Control” under the definition of socially and educationally backward classes. Moreover, Mandal Commission visited the state during the year 1979-80 and did not recommended any such area-wise reservation. It is also worth noting that the National Commission for Backward Classes has not accepted RBA and RALC reservations for central government services.

The upper-caste politicians came up with a plan. They said they wanted to enact a new Reservation Act and frame new Reservation Rules. Then they incorporated Rule 21 (ii) in the new SRO 294, according to which “A person claiming benefit under Weak and Under Privileged Class must establish that his/her parent is actually engaged in, and following, the occupation on the basis of which the benefit is claimed”. As a result, OBCs couldn’t apply for OBC certificates till the SRO remained in force. Not a single OBC candidate could be absorbed into state or central government jobs because the OBCs, whose parents had traditional caste-related occupations, had never got an education, and others, who did have the required qualifications, couldn’t get OBC certificates because their parents had long moved on from their caste-related occupations.

Then in 2008, the Congress-PDP government in J&K, issued SRO 144, replacing the “occupation” of parents with the caste of “birth”, and directed the agency concerned to issue OBC certificates based on this criterion. All the OBCs of the state welcomed this move and celebrated – as if the government had showered them with new benefits. The OBCs couldn’t see that it was their right that the same Congress-PDP government had taken away from them three years ago. It didn’t occur to any of them that in the previous three years lakhs of OBCs had been stripped of a fundamental right enshrined in the Constitution with just one stroke of a Manuwadi/Brahmanwadi pen. Most of such candidates now were overage and couldn’t apply for jobs ever again.

So, if we study the history of past 68 years after Independence, we find that almost all the heads of the J&K government have been either upper-caste Hindus or upper-caste Muslims. The native Indians have had to suffer the trauma of discrimination on the basis of race and caste. Perhaps, India is the only democratic country in the world where its people have to fight for their rights even if the Constitution terms them “fundamental”. That’s not all. Even after the Supreme Court intervenes and directs the government concerned to restore these rights within a certain period, the affected people are made to wait for ages. What should native Indians, namely, the OBCs, SCs, STs and the converted minority, do to get their fundamental, Constitutional rights back?

On 24 September 1944, in Madras, Dr B.R. Ambedkar declared: “Understand our ultimate goal. Our ultimate goal is to become the rulers of this country. Write this goal on the walls of your houses so that you will never forget. Our struggle is not for the few jobs and concessions but we have a larger goal to achieve. That goal is to become the rulers of the land.” On 4 October 1945, while addressing the working committee of the All India Scheduled Castes Federation, he said, “Politics should be the lifeblood of the Backward Classes.” As the politics of Congress party, the mouthpiece of the dominant castes, was detrimental to the very existence and interests of the backward classes, Ambedkar had tried to form a broad movement of all the victims of Brahmanism. 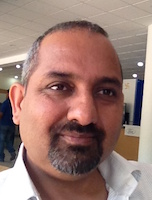 Ashok Kumar Basotra is an advocate based in Jammu