The Other Backward Classes – OBCs – have a special place among the three-letter abbreviations that have shaped national politics over the past quarter century. If the UPA (United Progressive Alliance) and the NDA (National Democratic Alliance) controlled the reins of the formal government, it is undisputed that the OBCs played a decisive role in orienting our polity during this period.

Narendra Modi’s landslide win in the 2014 general elections was hailed by some as marking the end of caste politics precisely because it denied the OBCs their hitherto decisive role. Eighteen months later, when the Modi-fied Bharatiya Janata Party (BJP) suffered a heavy defeat in the Bihar elections, it was clear that reports about the demise of caste politics were greatly exaggerated. However, while the OBCs are widely recognized as a formidable force in Indian politics, their presence is seen only as a brute fact. This is a mistake because “OBC” is not just a political label or a constitutional entity, it is also a uniquely fertile category to think about.

A deepening of democracy?

In order to use it as a conceptual tool, we need to resist the conventional wisdom that presents the OBCs as a residual category of “backward” groups other than the Scheduled Castes (SCs) and Scheduled Tribes (STs). Rather than think of “OBC” as a term that acquires, passively, the leftover meaning associated with backwardness, it is far more productive to visualize it as an active, meaning-giving category that helps define the most elusive political grouping in independent India, the “upper” or “forward” castes. When only the SCs and the STs were being counted, the upper castes were able to 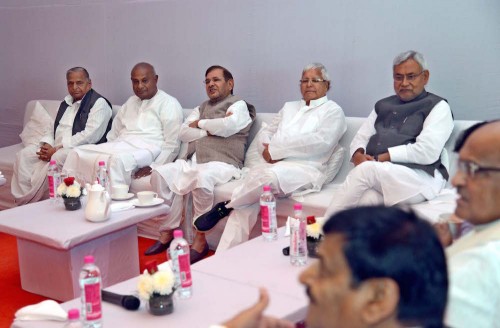 travel incognito with the OBCs as part of a “general category” accounting for three quarters of the population.

Once the OBCs acquired a distinct national identity after the Mandal revolution, the “public secret” of Indian politics stood revealed – namely, that the Hindu upper castes, numbering no more than 15-20 per cent of the population, were undoubtedly our most powerful and pampered minority. In the wake of this revelation, political formations with Hindu upper castes as their core constituency were forced to seek a broader identity, and “Hindutva” emerged (in part) as a response to “Mandal”. Whether or not we think of it as moving beyond the naïve “Nehruvianism” of caste-blindness and as a move towards the long-awaited deepening of democracy, it is undeniable that, by crystallising the OBC category, the Mandal revolution helped impart a new and enabling legibility to Indian politics.

The OBC category helps us read and interpret politics because it is at the heart of our polity in at least three distinct senses. The first is a largely quantitative sense. They account for roughly 42 per cent of the population and, according to current estimates, are the single largest group in Indian politics from a pan-Indian perspective. As such, they are strategically unavoidable – every conceivable scheme of alliance-building must necessarily include them in some fashion. However, to say only this is misleading, for there is no singular, homogenous “OBC formation” at the national level, or indeed, even at the level of the individual states. It is more accurate to say that, as a category, the OBCs teach us that contemporary politics involves the creation of new constituencies by sub-dividing old ones, and realigning the sub-divisions with new electoral combinations.

The “OBC” is a gigantic aggregative category at the national level, given that it includes about half a billion people, who would form the third largest country in the world after China and India (minus the OBCs). Such a category is useful in debunking the exaggerated claims of homogeneity made on behalf of similar aggregations, such as the category “Hindu”. Categories like OBC remind us that three fourths of Hindus are from the “lower castes” (about half come under the OBC category) and only one fourth are from the upper castes.

On the other hand, the OBC category is itself created by ignoring important differences that separate the hundreds of castes and dozens of caste clusters that are subsumed under it. Except in the broadest contexts, both practical politics and political analysis require that the OBCs be disaggregated. Since it is by itself an important site for constant fission and subsequent fusion, the OBC category helps highlight these processes. For example, in the recent Bihar elections, political parties were manoeuvring to differentiate existing groupings but also to bring them together in new alliances. Rather than old monoliths like the OBCs, the Dalits or the Muslims, we now have multiple groups like the Extremely Backward Classes (EBC), Most Backward Classes (MBC), Mahadalits and Pasmanda Muslims, yielding an ever more complex polity.

The second sense in which the OBCs are at the centre of our polity has to do with caste. Unlike the polar extremes marked by the Dalits and the upper castes, the OBCs inhabit the middle range of the caste hierarchy and are therefore exposed – albeit very unevenly – to the privileges as well as the privations of caste status. Hence, the OBC category becomes the site where productive but difficult questions about the changing role and weight of caste in relation to other dimensions of identity (such as class, region or religion) are most likely to emerge.

Because the castes that come under the OBC category are not subjected to the intense and unrelenting prejudice that the Dalits face, issues like the impact on caste of changes in class status are given more space. It is here that we can expect to learn more about how caste is reproducing itself in the contemporary world, and how it is changing in the process.

Considered from a different angle, the OBCs are also the groups which are most likely to have experienced both sides of caste discrimination, since they are looked down upon by the upper castes while themselves being discriminatory towards castes below them in the hierarchy. It is well known that castes belonging to the OBC category are among the most active oppressors of Dalits in villages and small towns across the country, from Tamil Nadu to Haryana and from Gujarat to Assam.

To put it sharply, intermediate groups like the OBC are in the thick of caste – what it does to them, and what they choose to do with it, will have a major impact on when and how the republican goal of transcending caste is reached.

The third sense in which the OBCs are central to our polity has to do with their role in articulating regional and national politics. Before Independence and immediately after it, the caste question was largely restricted to those considered “untouchable” earlier. The first attempt by the central government to deal with the problems of the non-Dalit lower castes came in the form of the ill-fated First Backward Classes Commission, whose 1955 report was rejected by the Union government. This was the peak of the Nehruvian period of “caste-blindness”, and all talk of caste was effectively banished from the national arena.

However, by the 1960s, caste had already become an indispensable aspect of regional politics, and most states saw the emergence of powerful intermediate castes whose numbers and landed property made them a force to reckon with in state elections. Power at the national level could be won only by winning elections in the states. However, during the period of Congress dominance – from the time of Jawaharlal Nehru to that of Rajiv Gandhi – the importance of regional politics was masked by the “Congress system”. It is no accident that the emergence of coalitional politics follows the arrival of the intermediate castes on the national stage in the post-Mandal 1990s, thus highlighting the federal structure of the polity.

Political scientists Christophe Jaffrelot and Gilles Verniers have pointed out that the Lok Sabha became more representative of the caste composition of India between the late 1980s and 2004, when the proportion of upper-caste parliamentarians declined from nearly half to 34 per cent, while that of OBC members went up from 11 to 26 per cent. This was largely due to the emergence of regional parties with a strong OBC representation.

However, this trend has been reversed since 2009 as the regional parties have lost ground, and the 2014 election has returned a Lok Sabha where upper castes are nearly 45 per cent and the OBCs have declined to about 20 per cent. Though they show the contribution that the OBCs once made towards broadening democracy, these figures are more important as a corrective to upper-caste assertions about the OBCs having “captured” politics.

In the final analysis, the OBC category is good to think about because it represents an active and rapidly evolving section of the polity that no other section can afford to ignore. Because of its size, and the fact that it is itself a conglomeration of disparate elements, the internal dynamics of this category constitute the cutting edge of contemporary politics. By projecting in sharp focus the good, the bad and the ugly aspects of our polity, the OBC category achieves the status of a grouping that provides a primer on Indian politics. 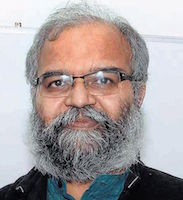 Dr Satish Deshpande is professor at the Department of Sociology, Delhi University. He is the author of 'Contemporary India: A Sociological View' (2003) and a co-author of 'Untouchability in Rural India' (2006)