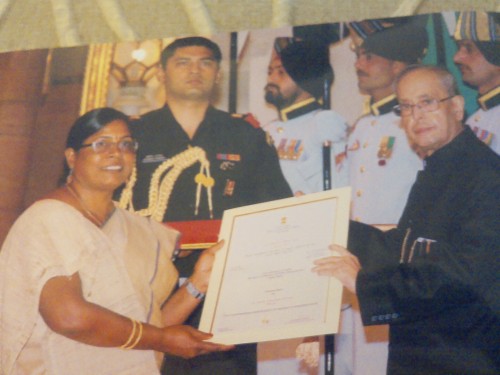 While conferring the Nari Shakti Samman on Dr Saurabh Suman, a resident of Bihar’s Nawada district, on 8 March 2016, the International Women’s Day, even President Pranab Mukherjee was perhaps unaware of how honouring Dr Suman was different from honouring the 14 others. These women associated with social work were honoured at a ceremony held in Rashtrapati Bhavan and attended by Prime Minister Narendra Modi, Women and Child Development Minister Maneka Gandhi and several other well-known personalities.

It had only been a few days since the Union Human Resources Development Minister, on February 25 and 26, expressed her anger in both houses of Parliament over the Mahishasur Martyrdom Day celebrations and Dr Saurabh Suman, who considers herself the “daughter of Mahishasur” and has been celebrating the “Mahishasur Martyrdom Day” in her city since 2010, was being honoured at the Rashtrapati Bhavan. She was presented with the award for her research in agriculture. Dr Saurabh Suman’s presence at Rashtrapati Bhavan, the seat of the highest powers, is indicative of a nation about to free itself from the brahmanical culture. The nation was honouring such a woman who has, in the eyes of a powerful minister and several others in the government, been involved in a so-called anti-national activity in the past 6 years. As soon as the news of the award reached her district, journalists confronted her over organizing Mahishasur Martyrdom Day celebrations.

“They asked me pointed questions but I had to travel to Delhi, so I couldn’t say much then but now I want to tell them why we celebrate Mahishasur Martyrdom Day”, says Dr Saurabh Suman, calling herself Mahishasur’s daughter.

“For the first time, it struck me in 2010: ‘Why are there three different names for the same festival – Durga Puja, Vijayadashmi and Dusshera?’” Dr Suman recalls. “In order to stay in power, Aryans killed kings like Shumbha and Nishumbha, Madhu Kataiya, Dhurmlochan through deceit. Similarly, a conspiracy was hatched to kill the king of Bang, 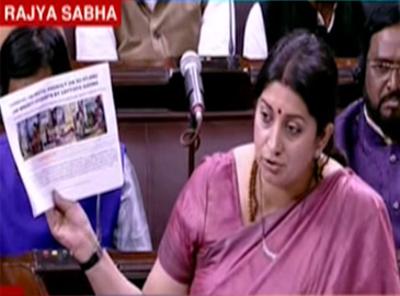 Mahishasur. After Vishnu failed to eliminate Mahishasur, he trained Durga, who was called Amritapushpam, in the art of warfare and enhanced her appearance, and sent her to kill Mahishasur. Amaritapushpam tricked Mahishasur and killed him. This is how they captured Mohenjodaro, Harappa and other places. Amritapushpam was popularized and began to be worshipped.

“The last king of Maurya dynasty, Brihadratha, was killed by his general, Pushyamitra Sunga, bringing an end to the good rule of the ten kings of the Maurya dynasty. Brahmins established their power and Dussehra began to be celebrated to mark the end of the Maurya dynasty. The great ruler Ashok used to celebrate a victory fortnight in the month of Ashwin. The celebrations would conclude on the tenth day (dashmi) of Ashwin with the king receiving a spear salute in the presence of his generals, the army and the people. That’s why the festival is called Vijayadashami. However, the brahmanical system co-opted the tradition and turned into an occasion to celebrate the killing of Brihadratha at the hands of Pushyamitra Sunga.”

Dr Suman continues, “I went deep into the intricacies of these battles and in 2010, I decided to celebrate Mahishasur Martyrdom Day to create social awakening. In my own home, I gathered my family members and prepared their minds. There was strong opposition and I had to face social ostracism, but I didn’t lose heart. I kept moving forward. In 2013, I happened to read the magazine Yadav Shakti. It was written there that Mahishasur Martyrdom Day was celebrated openly in Jawaharlal Nehru University. On reading this piece of news, I too decided to celebrate openly it on a large scale.”

Dr Suman recalls how the event became an annual affair: “In the year 2014, a lot of people came forward to help me and the Mahishasur Martyrdom Day celebrations turned out to be huge. It was held at the Bihar Sewa Sansthan, Nawada. Among the hundreds of participants were former minister Bhagwan Singh Kushwaha; Krishna Nandan Yadav, MLA; Chandrika Yadav, deputy development commissioner, Nawada; Anita Devi and Umesh Singh, members of the district council; Gayatri Kumari, founder, Budh Vihar; Chandan Chaudhar and Dilip Sav. 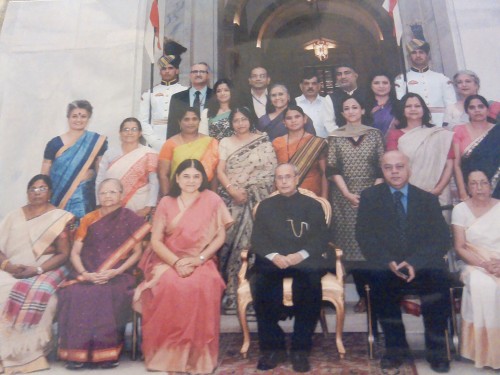 A PhD in Agricultural Science from Aligarh University, Dr Saurabh Suman’s personal life hasn’t been any freer from struggles. In 1980, when she was little, her father Kameshwor Singh was put behind bars after being accused of killing a feudal lord. This incident is known as Nawada’s Chando Singh murder. According to Dr Suman the murder was the result of the public taking law into their hands due to the fear of feudalism. But the court sentenced her father to death. Later the Supreme Court commuted the death sentence. In the absence of her father, a Musahar labourer took care of the family. “I was born into a Kushwaha (OBC) family but I consider myself a daughter of a Dalit foster father who worked as a labourer to provide for me, my sister and my mother. He sent us to school and fed us.”

After completing primary school education in Nawada, she learnt tailoring and began working as a tailor because of her family’s poor economic condition. She completed standard 10 from the Krishi Vigyan Kendra, Nawada. In 1992, when she became associated with the Bihar Sewa Sansthan, she was inspired to study further. She went on to enrol in a college in Gaya and ended up with a doctorate in Rural Agriculture and Marketing from Aligarh.

After completing her studies, Dr Suman returned to her district and became a social activist. Apart from sharing information with the locals about good agricultural practices, she became actively involved in the fight against the prevalent culture of dominance. “I read Buddha, Dr Ambedkar and I understood the trap laid for the Bahujans,” she says. “In a number of districts of the Magadh region, including Nawada, Buddhist mutts and temples were being taken over. Buddhist statues were being given Hindu names after applying oil and vermilion. This is clearly cultural hooliganism. We are creating social awareness about this.”

Struggle for women to continue

How did the government honour a woman with such a rebellious attitude? She says the Krishi Vigyan Kendra, Nawada, recommended her name as a success story. “Is the government only of the adherents of brahmanism?” she asks. “A 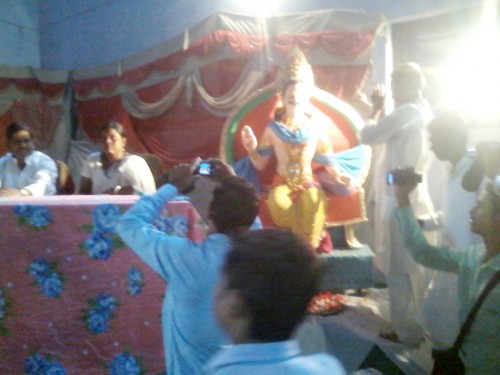 Dr Suman has handed over the Rs100,000 she received with the award to the local administration for its women’s development initiatives. She says, “This award was not me but for all downtrodden women who through our efforts have joined the mainstream and have, through their works, become an inspiration to the common man.” She says she is now fully convinced that good work will be rewarded one day. “My goal for life is the upliftment of women and to build a casteless society,” she says.