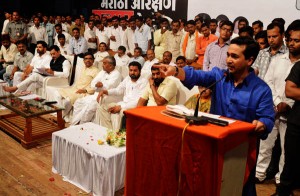 In the 1990s, when Mandal commission’s recommendations came into effect, the Maharashtra government included the Kunbi caste among OBCs but not Marathas. This didn’t go down well with the Maratha organizations, which appeared before various commissions and tried to prove that Maratha and Kunbi are not different castes but the same. More recently, in December 2009, the Maratha Aarakshan Sangharsh Samiti (MASS) was established in a meeting attended by 18 Maratha organizations. Since then, Marathas have organized many agitations, demanding a place in the list of OBCs, the castes entitled to reservations in education and jobs. Towards the end of its term, in June 2014, the last Congress-NCP coalition state government did relent, creating a special Educationally and Socially Backward Category (ESBC) for the Marathas and announcing 16 per cent reservation, but the Bombay High Court declared the move unconstitutional.

Are Maratha and Kunbi the same?

The word “Kunbi” literally means the one who depends on agriculture for his livelihood. Maratha is not a caste but a caste cluster, the main component of which are the “Marathas proper” and the Kunbis or Kulwadis (People of India: Maharashtra, Part 2, edited by B. V. Bhanu, page 1434). In the 14th century and later, several Kunbis who were employed in the armies of various rulers underwent Sanskritization and began to identify themselves as Marathas. The term “Maratha” was also used to refer to all the inhabitants of Maharashtra as Mahatma Jotiba Phule had pointed out to those calling themselves “caste Marathas” [Sahitya, Sanskruti aani Jagatikaran, Bhalchandra Nemade (2003)]. In 1921, when a Kunbi woman got married to a Maratha man and the matter came before the Wardha sessions court, the verdict was that Maratha and Kunbi are the same.

In fact, the regions of Marathwada, Vidarbha and Khandesh have witnessed a spate of farmer suicides in the recent years due to fragmentation of agricultural land and lack of irrigation facilities, as well as crop failures, absence of remunerative pricing, indebtedness and lack of credit. These regions also fall in the rain shadow area, which is almost a third of the state. State government figures reveal that fragmentation of agricultural land has increased with the number of operational land holdings going up from 49 lakh in 1970-71 (including 21.20 lakh – 43 per cent – small and marginal farmers) to 121 lakh in 2000-01 (88.86 lakh – 73 per cent – of which are marginal holdings). This, coupled with rising input costs, has made farming unviable. The Maratha-Kunbi community, which has shown a lack of occupational flexibility, unlike the OBCs, Brahmins and Muslims, is perhaps the worst hit due to the situation.

Article 15(4) of the Constitution says that special provisions may be made for the advancement of any socially and educationally backward class and for the Scheduled Castes and Scheduled Tribes. Article 16(4) permits the state to reserve posts for any backward class, which, in the opinion of the state, is not adequately represented in the services under it. The Constitution defines backward classes as those which are socially and educationally backward. Given this context, are the Marathas backward on both counts?

Marathas have adequate representation in politics but not in education and in the government. There is a good number of them in district-level and in Class-III jobs but highly skilled, technical and Class-I jobs in IAS, IPS, army, engineering, medicine, etc still elude them. It could be easily proved that Marathas are educationally backward but their social status could be debated. There are a handful of them who control sugar factories and cooperatives; there are some feudal landlords among them; but there are scores of struggling, drought-affected farmers who own small plots of land.

With the central government yet to release the 2011 caste census, a reliable figure on the Marathas does not exist. In 1931, when the caste census was last held and released, it was more than 50 lakhs. Based on this number, the Narayan Rane committee’s estimate (2014) was that the Marathas make up 32 per cent of the state’s population. In the last four decades, out of 2,430 MLAs, 1,336 (about 55 per cent) have been Marathas. It is said that 52 per cent of the state’s population is OBC but the percentage of OBC MLAs has been always less than 25. The constituencies have usually seen a three-way competition. MLAs, including OBCs and Marathas, generally get elected with 25-30 per cent of votes. All this makes the estimated percentage of OBCs questionable (read Balasaheb Sarate Patil’s “Maharashtratil sattakaran: OBC aarakshan”, Kalamnama, 13 July 2014).

Shrawan Deore, who is the secretary of “Save OBC reservation committee”, says the only solution is for the Maharashtra government to pass a resolution in the assembly calling for the implementation of the Sudarshan Nachiappan committee’s recommendation to remove the 50 per cent ceiling. The government of Maharashtra could follow Tamil Nadu’s example. The state has 69 per cent reservation thanks to the government passing an Act in 1993 and proving that more than 50 per cent of the state’s population is backward. 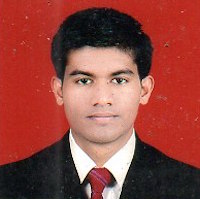 Yuvraj Sakhare is a Mumbai-based journalist. He holds a postgraduate diploma from the Asian College of Journalism, Chennai