OBC heroes have played a key role in all the cultural movements launched in our country. It would be patently unjust to deny their role in reforming and changing Indian society. Dr Ambedkar was both the spokesperson and the pillar of the Bahujan communities. The OBC heroes before Ambedkar began by dismantling religious domination through Dalit movements. At that time, the brahmanical system, with its notions of caste and religious superiority, was in place. Hence, socio-economic and religious inequality was pervasive. The OBC heroes raised their voice against Brahmanism and feudalism to end this inequality. They also targeted the feudal system because it was the patron-in-chief of Brahmanism and social inequality could not have been removed without breaking the back of the feudal order. Brahmanism not only supported the Varna system but propounded the superiority of one man over another – it separated man from man. That is why a comprehensive movement against religious, social and economic exploitation was needed to annihilate Brahmanism.

There are political movements and there are cultural movements. Many OBC heroes launched cultural movements at different times. They included Shahuji Maharaj, Periyar and others. Dr Ambedkar launched a political movement all over the country. Ambedkar’s movement had a deep and abiding impact in Uttar Pradesh. Initially, it was the OBC heroes who promoted Dalit movements and Dalit literature. At the national level, Jotiba Phule was an OBC and so was Periyar. In North India, Lalai Singh Yadav and Ramswaroop Verma were strong advocates of the Dalit movement. They launched pro-Dalit movements and took them forward. They also wrote plays about Dalits, their problems and their status in society. It is surprising that while the Dalits acknowledge their contribution, the OBCs don’t. They don’t even know about the books of Ramswaroop Verma or Lalai Singh Yadav. Lalai Singh Yadav wrote five plays, of which Shambuk Vadh and Eklavya are very famous. Thus they carried on a long agitation against the system of dominance. Lalu Prasad Yadav, Mulayam Singh and Mayawati took this movement forward but later they fell into the trap of power politics. Grabbing powerbecame their sole objective and they did not work for bringing about social change.

Cultural movements develop the art, literature and culture of a community. A cultural movement is very important for the Dalits and the Backwards because cultural backwardness is the biggest impediment to their progress, hence the need for launching a wide and comprehensive cultural movement.

The contribution of Jotiba Phule and Savitribai Phule towards wiping out socio-economic inequality can never be forgotten. Jotiba Phule wrote a book on social inequality titled Gulamgiri. This book, which has been translated into English, dwells on the struggle against Brahmanism and women’s education. Phule gave voice to the farmers, farm labourers, the oppressed, the Dalits and the exploited. The seminal contribution of the Phule couple in the field of women’s education can be gauged by the fact that they opened the first school for women in Maharashtra, which was also the first such school in India. The savarnas went hammer and tongs against the Phule couple’s attempts to educate women. The savarnas did not educate their women. In fact, the savarna women were worse off than Dalits – they were Mahadalits. Till 100-150 years ago, they could not even step out of their homes. It required great courage to establish a school for educating women in those times. Savitribai was the first woman who went outdoors to teach. When she left her home for her school, she would always carry a change of sari with her, as on the way, those opposed to her initiative hurled stones and cow dung at her and taunted her with vulgar comments. But she did not give up. What is astonishing is that the savarnas have never rated the work of the Phule couple in the field of education, especially women’s education, as highly as Raja Rammohan Roy’s. This, despite the fact that by the time Raja Rammohan Roy appeared on the scene, the reach of education had expanded considerably. There is no denying the fact that the struggle of the Phule couple laid the foundation stone of the Dalit movement in Maharashtra.

In south India, Erode Venkata Naikar Ramasamy Periyar was the messiah of the Dalits. He launched a powerful movement against Brahmanism. He fought to get Dalits access to temples. When Periyar launched his movement, the Dalits were not even allowed to walk on the streets skirting temples, let alone enter them. The Dalits were worse off than animals. Although at the instance of some Congress leaders, Periyar agreed to lead the Vaikom movement, he became disillusioned with the Congress after he saw how its Brahmin trainers treated non-Brahmin trainees at the party camps. He proposed to the Congress leaders that they demand reservations for Dalits. However, his proposal was turned down and he quit the Congress. Subsequently, brahmanical thinkers launched an agitation against Periyar. Mahatma Gandhi asked the opponents of Periyar to allow Dalits to walk on roads near the temples or else face a massive and aggressive movement led by him for opening temple doors to Dalits. As the backward-Dalit communities were increasingly siding with Periyar, the credibility of the Congress hit a low. Gandhi was not with Periyar. He was only worried about the ground beneath Congress’ feet slipping away.

Similarly, Sahuji Maharaj, the ruler of Kolhapur who hailed from a backward community, proved to be a great hero of the Dalits. He was the first ruler to grant 51 per cent reservations in jobs for the Dalits-Backwards, thus paving the way for the establishment of an equitable society. He can well be described as the progenitor of reservations for the Dalits and Backwards in India. He also launched path-breaking initiatives for women’s education and took several other progressive steps. He gave the poor, the farmers and the oppressed an opportunity to partner in administration. Shahuji Maharaj was a diehard advocate of proportional representation in governance, administration, land ownership, wealth, education and culture. His slogan was “Jiski jitni sankhya bhaari, uski utni hissedari, jitni jiski hissedari, utni uski bhagidari, jiski jitni bhagidari, uski utni zimmedari” (The bigger the number, the greater the share; greater the share, greater the partnership; greater the partnership, greater the responsibility).

As for the OBC heroes not getting their due place in Indian society, literature and academics, we need to understand that there is no academic centre of OBCs, although ideologically committed OBCs are present in every field today. Rajendra Yadav was the first to raise the issue of OBCs being pushed to the margins in the literary world. Many have started initiatives in this direction now. 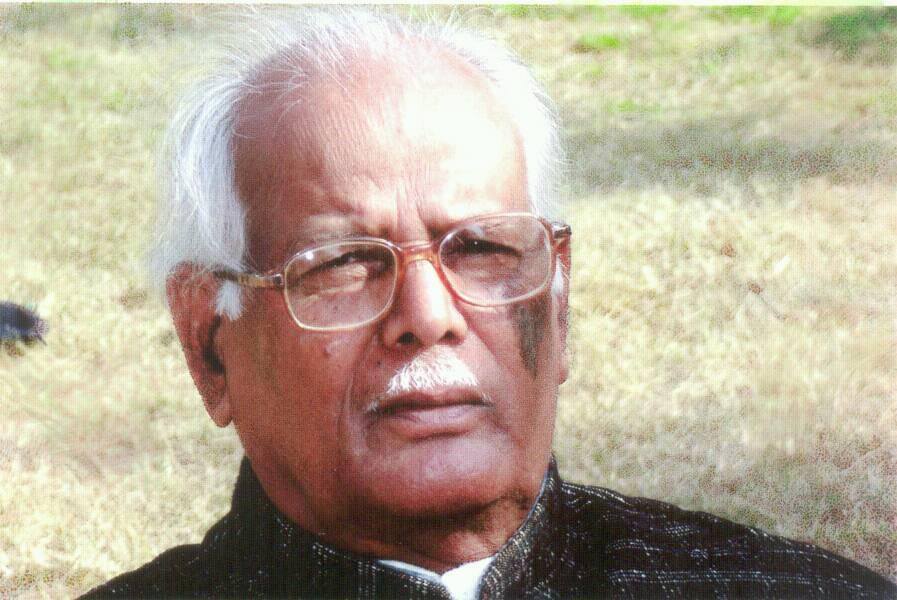 Chauthiram Yadav is a Hindi literary critic known for his Marxist and Phule-Ambedkarite perspectives. He has been a professor in Benaras Hindu University and is a recipient of Uttar Pradesh Hindi Sansthan’s prestigious Lohia Sahitya Samman