For the past one and a half years, FORWARD Press has been running a debate on the concept of Bahujan Literature. Any litterateur can gauge the well-organized manner in which this debate is being conducted. According to Ivan Kostka, the editor-in-chief of the magazine, the first All-India OBC Sahitya Sammelan was held in Pune in 2006 and the second in Nasik in 2007. Interestingly, while Marathi authors organized these two All-India OBC Sahitya Sammelans, their impact was never felt in north India’s Hindi belt. This is really surprising. And that was probably why, Rajendra Yadav, editor of well-known Hindi magazine Hans, was surprised when asked whether there was anything like OBC literature. Without a bit of hesitation he replied that there was none. 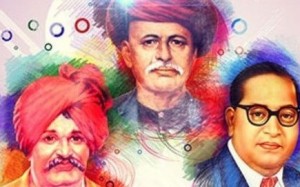 For the last ten years, I’ve been editing Apeksha, the only magazine centred on Ambedkarite literature. I also do not know whether anything like OBC literature exists. The main reason for this state of affairs is that the Hindi belt has always been backward, a region largely inhabited by the illiterate and the uneducated. Comparatively, Maharashtra and Bengal have been miles ahead. The concept of Dalit literature first emerged in Maharashtra and now Bahujan literature has also been born in that state. But Apeksha – published from North India – deserves the credit for establishing the concept of Ambedkarite literature. When we debate and discuss OBC literature, we cannot avoid dwelling on Dalit literature.

The concept of Dalit literature emerged in Marathi literature in the 1970s, following the struggle of the Dalit Panthers. It was ideologically inspired by the thoughts of Buddha, Phule and Ambedkar. Dalit literature might have merely been named after a social community or caste – the Dalits – but in Hindi, it actually became confined to the Scheduled Castes. Today, caste consciousness rules the roost in Dalit literature – so much so that it has been reduced to the literature of caste consciousness, and its writers, by calling for the strengthening of their respective castes, have caged it within the narrow walls of casteism. This is the reason the Chamar-Bhangi dispute among the Dalit writers has reached its climax. That is why I firmly believe that no literature should be named after a particular community or caste. Instead, it should be named on the basis of a propensity or an ideology of language and literature. Otherwise, the outcome will be the same as we are today witnessing in the case of Dalit literature, whose prime mover has become caste consciousness.

What is the social base of OBC literature? Is it the Shudra Varna – as defined by the Varna system – or is it the Backwards, the OBCs or the EBCs? Picchda Varga Sanghs were formed in Bihar prior to Independence. Subsequently, All-India Picchda Varga Sangh was constituted. That strengthened the political base of the backward classes. The setting up of the Mandal Commission was also a product of the politics of the backward classes. As a result, the backward classes have been able to gain access to power. But it should not be forgotten that their success had much to do with the support extended to them by Dalit politics and the Ambedkarite movement. Lohiate socialist ideology helped the sociopolitical movement of the backward classes snatch political initiative from the Brahmin-Bania combine. But Lohia was not completely free from the influence of the Hinduvadi ideology. Gandhi was central to his socialist ideology. I consider Indian socialists as basically Gandhians as they have yet to be disillusioned by Gandhism. If the ideology of the OBC literature is based on Lohia’s concepts of equity and maximum equality, this should be said in so many words. The socialist soldiers of Lohia are today standing shoulder-to-shoulder with the Hindutvadi forces and the BJP. So, I do not think that OBC literature can join forces with the socialism-like ideology of Lohia.

Will the proponents of the concept of OBC literature be able to link it with the ideology of Mahatma Phule, the initiator of social revolution in India? It was he who gave the concept of Bahujan for freeing the Shudras and the Ati-Shidras ­– whom he described as the original inhabitants of India – from Brahmanical oppression and exploitation. Jotiba Phule had described the Shudras and the Ati-Shudras as long-lost brothers, thus laying the foundation of Bahujan society. His theorizations were based on the concept of Bahujan society that goes as far back as the poets of the medieval era and the Buddhist Dhamma. In the south, Ramasamy Periyar enabled the Shudras and Ati-Shudras to control the levers of power by launching the Self-respect Movement.

In north India, Kanshi Ram made these personalities the basis of a Dalit Movement and gave the movement a political dimension. He built a formidable political base by bringing the Dalits, OBCs, Tribals and Minorities under the broader umbrella of Bahujans and drove the Congress-BJP out of power in Uttar Pradesh in 1993. But that was not an ideological unity. It was not even a social unity. It was just a hurriedly cobbled-up political coalition that broke up shortly afterwards owing to caste consciousness and individual egos. This taught a valuable lesson to the Dalit-OBCs: that political unity can be durable only if it is backed by social unity. Another reason for the collapse of the political force so assiduously built by Kanshi Ram was the ideological differences between Mulayam Singh Yadav and Kanshi Ram. While Mulayam Singh Yadav was tied up with the socialist ideology of Lohia, Kanshiram’s ideological base was the Phule-Periyar-Ambedkar world view. A similar ideological dilemma is bound to confront the writers of OBC literature. Another question is whether the social base of the OBC literature will be only the OBCs as seems to be apparent from the concept. I do not think well-known litterateurs of the OBC community would like to associate themselves with OBC literature. They are already well-established in the mainstream literature. Why would they want to lower their status by limiting themselves to the narrow boundaries of OBC literature?

In the eyes of the savarnas, there is little difference in the status of the OBCs and the Dalits. The OBCs also face caste-based discrimination. They also face humiliation and exploitation, though of course, the degree may differ. The key question is of social identity. The entire struggle is for social respect and identity. Another relevant issue is the difference in the concepts of OBC and Bahujan communities. OBCs include only the backward classes while Bahujans encompass Dalits, Tribals and Minorities too. This makes the concept of OBC literature markedly different from that of Bahujan literature. The biggest problem is ideological. All these caste groups do not have a common ideology. The same situation will prevail vis-à-vis literature. We all know that there cannot be a literature without ideology. Any literature must be committed to one or the other ideology. Similarly, ideological commitment cannot be divorced from politics.

The biggest problem of Indian communities is that while at the political level, they accept democratic values like liberty, equality and fraternity as they are enshrined in the Constitution, in their social life, they reject these very democratic values and continue to be a part of the caste-based societal system. Their caste consciousness remains intact. Caste or castes – and not a thought or an ideology – is the basis of the concept of OBC literature. The OBC litterateurs will not be able to stave off this caste or casteist consciousness for long. Just as Dalit literature has today become the literature of caste consciousness, so will OBC literature one day. The only way to circumvent this problem is to name a stream of literature after a language or an ideology or a specific literary trend. 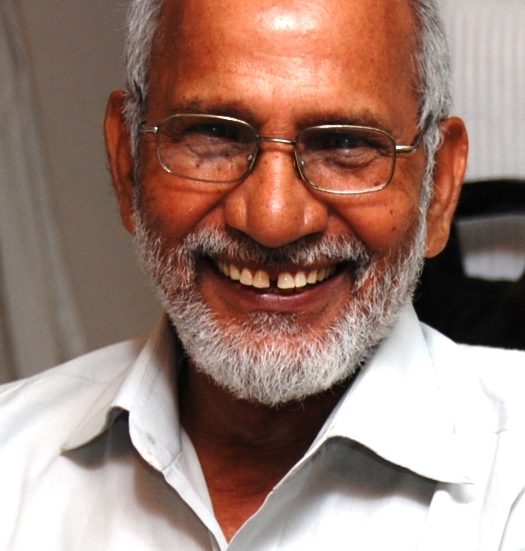