April is an important month for India’s Dalit-Bahujans as it marks the anniversaries of two iconic figures — Jyotiba Phule and Dr. B.R. Ambedkar. However, April 2016 has come as a month of disappointment for many of the voiceless Bahujans living in the Hindi heartland. Forward Press, India’s first bilingual magazine, One that strives to bring out the different dimensions of the Phule-Ambedkarite school of thoughts, has decided to suspend its print edition from June this year and convert itself to a web-only publication.

Lamenting the low number of Dalits in Indian newsrooms, media scholar Robin Jeffrey in April 2012 had advocated for a magazine run for and by the marginalised. He was looking at a journal which would provide journalism not just for the oppressed sections but also others, one which would be “so compelling that others would want to read it for the classiness and its difference”, the equivalent ofEbony or Essence, the publications of Black-Americans. Forward Press — started by activist-journalist Ivan Kostka and his wife Silvia Kostka in 2009 and run exactly along those lines — had already been functional for three years then.

Having completed seven years, Forward Press is currently published under the supervision Pramod Ranjan, the Managing Editor of the magazine. Mr. Ranjan is a familiar figure in the Hindi press, having worked in Punjab Kesari, Dainik Bhaskar and Amar Ujala. He has been with the magazine since 2011 and is currently pursuing Ph.D. concerning Dalit-Bahujan literature at the Jawaharlal Nehru University. In an interview with The Hindu, he shared the magazine’s vision, the topics it has focused on and the writers it has spawned.

What was the need to keep Forward Press bilingual?

Forward Press’s bilingual nature makes it a unique experiment. Its founder Ivan Kostka and Silvia Kostka wanted to start a magazine that could prove to be both a voice and a tool of empowerment for the Dalit-Bahujans in the country. We wanted to emphasise the importance of English as a source of liberation for our primarily Hindi-speaking readers. There are many who have used the magazine to not just intellectually equip themselves, but also to improve their English. 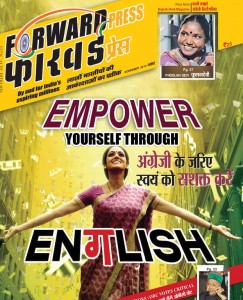 Further, when it comes to Hindi literature, most writers don’t look beyond poetry and fiction. Their involvement with social issues is still minimal. This lacuna becomes more pronounced when it comes to Dalit-Bahujan issues. We have addressed this by attracting writers who write in English and translating their pieces to Hindi.

This way, we were able to attract the best scholars from both the languages and also reach out to the non-Hindi speaking people. Thus, we were able to act as a bridge between the thoughts of Phule, Ambedkar and Periyar.

When we speak of ‘Phule-Ambedkarism’, we speak of a vision for an inclusive, humane, democratic and egalitarian society, not just in terms of electoral democracy but also social empowerment.

The thoughts of Jyotiba Phule and Dr. B.R. Ambedkar – against discrimination but without malice toward any community in particular – informs our magazine’s approach to literature and to journalism in general.

Which are the States from which it has been able to attract readers?

Our readers are concentrated in towns and villages of the Hindi belt, mostly in Punjab, Bihar, Uttar Pradesh and Madhya Pradesh. Of late, we have been acquiring readership in Haryana as well. Most of them come from the communities that come under Dalit, tribal and OBC categories. Many of them are the first in their family to reach the portals of college education and to find themselves a respectable job.

Approximately 60 per cent of the writers are those who use Hindi as a medium. The translation is done at our end in Bhopal. Around 40 per cent of our contributors are young university students and 15 per cent are those involved in literature. More importantly, about 20 per cent of contributions are by people who are into full-fledged activism but have no experience in writing. The rootedness of their approach comes across in the richness of the content.

How much has the genre of Dalit-Bahujan literature progressed in Hindi?

Dalit literature emerged first in Marathi in the early decades of the 20th century. The oppressed communities in Marathi-speaking regions were somewhat united in translating their voice into words.

In Hindi, magazines like Hans played a major role in the 90s in popularising the form. Its ex-editor, late Rajendra Yadav should be given the real credit for this. However, in Hindi-speaking regions, it has not become mainstream as it was labelled and dismissed as ‘Scheduled Caste’ literature, doing great injustice to the medium.

People started commenting in a rather exclusionary language that only someone born as a Scheduled Caste could and would participate. This acted as a deterrent to people from other oppressed categories.

To give an example: Bihar, in the 1930s saw the “Triveni Sangh agitation” which saw peasants, labourers and small businessmen agitate against the upper caste-dominated Congress. They motivated Dalit-Bahujans to struggle for their rights. J.N.P Mehta, an influential poet-writer was involved in this and wrote Triveni Sangh ka Bigul in 1940, However, he did not fit into the category of Dalits as he was from a community considered OBC. Hence, neither the Dwij writers nor the Dalit scholars gave much importance to him. Many humane descriptions of Dalit issues have thus suffered due to an exclusionary labelling.

We wanted to do away with this limited and limiting viewpoint and give space to the literature of subaltern, including voices of the Dalit, OBC and tribal communities. We have so far produced four special issues on Dalit-Bahujan literature and will continue to work in this regard.

We published an essay on Mahishasur for the first time in October 2011. Many universities, including the JNU, participated in Mahishasur Day that year. In 2015, it was commemorated in nearly 350 towns and villages. Most of the Indians who participate in this are from the backward classes and tribals, many of whom consider Mahishasur as their ancestor. There is a Scheduled Tribe called ‘Asur’ in Jharkhand, having a population of 11,000 as per the census, that considers him his ancestor. The Santhals, the Gonds, and the Bheels have similar beliefs. 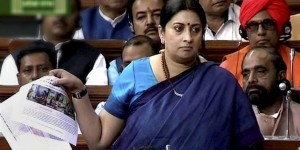 For them, over the years, commemorating Mahishasur has become a matter of self-respect and cultural awareness There is rich literature on this which has not found much space in the mainstream media.

While debating on this during the Budget Session, the HRD Minister Smriti Irani had referred to an illustration drawn for Forward Press by Dr. Lal Ratnakar, a prominent artist, published in October 2014. However, the objectionable language she quoted had not been used anywhere, Her tirade was an attempt to mislead the Parliament on an important cultural motif.

As I can see from the issues of your magazine, it has advertisements seeking more Dalit writers from across the country. How has the response over the years been?

Many Dalits and Bahujans have thus become part of our core as a result of our inclusive policy. One important factor to be considered here is that writing on Dalits and Bahujans and writing from the Dalit-Bahujan perspective are entirely different subjects. To draw a parallel – even an Indian businessperson interested in joining politics will come across Ambedkar’s thoughts. However, the importance he attaches to Babasaheb’s writings will be different from their significance in the life of a teacher for whom Ambedkar’s thoughts provide the political underpinning for his daily struggles. 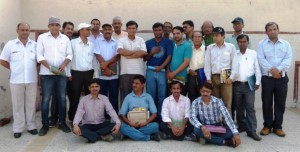 For one person, it is a mere political tool, for the other, the thoughts and the agitation arising out of it is a question of empowerment, equality, liberty.

When it comes to providing voice to the marginalised, how far has our country moved in terms of having more Dalits in media organisations? 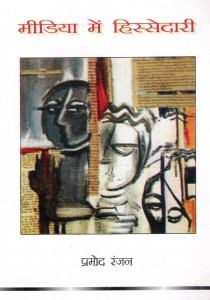 I carried out a similar survey in 2009 on Hindi, English and Urdu media organisations in Bihar. I couldn’t find a single non-dvij (non-twice born or non-upper caste) person in decision-making roles, nor could we find a woman.

The pattern of the 2006 study repeated itself. The mediascape was dominated by Hindu upper caste men in Hindi and English publications and Ashraf Muslims in the Urdu ones. There was no one from the Dalit or OBC communities. Neither was there any Pasmanda Muslims in any important role at the top.

It is 10 years since the first survey was completed and we are yet to see any major change at a national level. There has been some improvement in Bihar.

It was an important suggestion. Not only are such figures useful from an academic perspective, they put psychological pressure on media-houses. Unfortunately, apart from the surveys I have cited, there have not been many attempts at research.

What can be done to have more people from the Dalit/Bahujan community in the media industry?

One way is to provide attractive scholarships for those who want to pursue studies in journalism, both at the government and at private levels.

People from Dalit-Bahujan community are more inclined to look for government jobs. More affirmative action needs to be taken to attract them into risky professions such as journalism.

If a Dalit entrepreneur or writer wants to start a magazine like Forward Press, what are the difficulties he will encounter?

The greatest difficulty will be on the financial front. The situation is bad in North India. Those who have tried starting their own publication have often failed. The scenario may be different in the south, where there is better availability of resources. 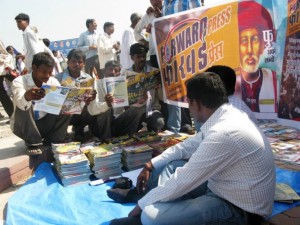 That apart, the distribution channels are becoming limited and even collapsing with the closure of bookstores and their conversion into restaurants and general stores. The reduction of postal correspondence has also acted as a great deterrent in taking such initiatives.

We also lack the enough scholars who can look at issues from a Phule-Ambedkarite viewpoint.

If such a publication is to be started, it is to be done as a tool for social development and not with monetary considerations in mind. Further, different welfare groups, trusts and activists need to keep the effort alive by building strong distribution channels.

Hari Narayan is a correspondent with The Hindu 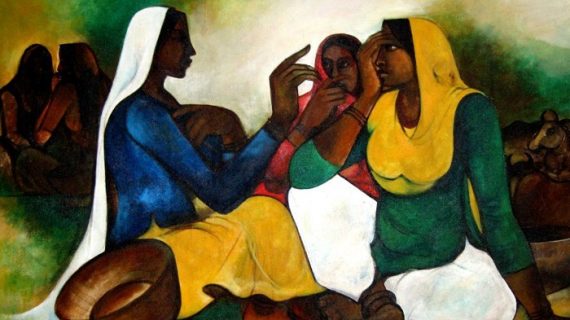