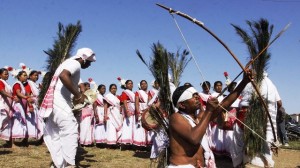 The last decade of the 20th century witnessed the rise of a host of new movements in India. Women, farmers, Dalits, Tribals and various ethnic groups came together like never before and raised demands and issues that could neither be understood nor settled through the established theoretical and political idiom. They asserted that their exploitation was due to their specific identities and to fight that exploitation and discrimination, they forged alliances with other groups/communities with similar identities and launched a joint movement for their emancipation. Since identities formed the basis of their exploitation as well as their struggle against it, this process was began to be called “identitism”. Besides sociopolitical movements, literary movements also joined this battle against exploitation of the deprived. Feminist literature and Dalit literature were the by-products of this process. Now, Tribal literature, imbued with Tribal consciousness, is also trying to carve out a place for itself in the world of literature and criticism.

The development of literature and of different art forms in Tribal communities predated the emergence of literature and arts in the so-called mainstream society. But the Tribal literary tradition was mainly oral. Even after being pushed into the jungles, the Tribal communities continued their creative literary exploits. However, as this literature was in unsophisticated folk languages and because the Tribals were far from the centres of power, their literature, like they themselves, was largely ignored. Even today, Tribal literature is being produced in hundreds of indigenous languages but we know little about it.

Historical and material factors led to the emergence of the contemporary Tribal literary movement. About two decades ago, the central government adopted the policy of economic liberalization, thus throwing open the doors to market economy. In the name of free trade and free market, a no-holds-barred race for earning more and more profits commenced. And this translated into wanton loot of water, forests and land – the prime resources of the Tribals – even to the point of putting their lives at risk. Figures speak for themselves: Over the last one decade at least 10 lakh Tribals have been displaced from the Jharkhand state alone. Most of them are working as domestic servants or daily-wage labourers in metros like Delhi. Ironically, the government then argues that as there is no Tribal community native to the National Capital Region (NCR) of Delhi, there is no provision for reservations for the Tribals in educational institutions and government jobs in the region. Where should these people, displaced from the land of their ancestors in the name of development, go? It is said that when the United Nations decided to observe the year 1993 as the “International Year of Indigenous Peoples”, the Government of India’s official reaction was that “The Indian Tribals or STs are not indigenous peoples as defined by the UN” and that “all Indians are indigenous people”. It also asserted that the “Tribals or STs in India are not being subjected to any political, social or economic discrimination”. 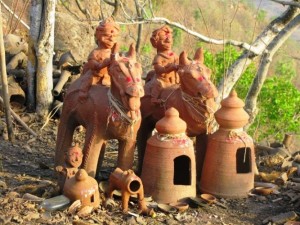 The entire issue boils down to giving Tribals the right to self-determination. Tribal literature is also voicing this demand.  On what basis can the Tribals, deprived of their water resources, forests and land and leading a miserable existence in the metros, call this country their own? The government-market nexus has posed a challenge to the existence of the Tribals. Those who are still living in their homes have been caught between the devil of the government and the deep sea of extreme Left. Those who have settled elsewhere have become like trees without roots. With rivers, hills and forests no longer their neighbours, their distinct identity, based on their language and culture, is getting lost. Never did the Tribals face such a deep crisis of identity and existence. It is but natural for any community to resist threats to its existence. This resistance manifested itself at the social and political levels, and also in art and literature. Thus contemporary Tribal literature was born.

Whenever outsiders made unwarranted interference in their lives, Tribals resisted it. The past two centuries were witness to a string of Tribal uprisings. These uprisings also generated creative energy, but it was mostly oral. Owing to the lack of means of communication, it could never get pan-Indian recognition. From time to time, non-Tribal authors also dwelt on Tribal life and society. This entire tradition of portrayal of Tribal life in literature may be considered the background of the contemporary Tribal literature. It is evident that no literary movement begins suddenly on a precise date. Its emergence and development is a slow, often indiscernible process, and is influenced by various circumstances. Broadly, it can be said that the contemporary Tribal writings and discourse began in 1991. As the economic policies of the government of India exacerbated the oppression and exploitation of Tribals, the resistance to it also increased. Since the exploitation as well as its resistance was a pan-Indian phenomenon, so was the creative energy born out of it. We can thus conclude that Tribal literature is the creative energy generated at the national level post 1991 to protect the Tribal identity and existence in the face of intensified exploitation due to economic liberalization. Both Tribal and non-Tribal authors are playing a role in it. The geographical, societal and linguistic context of this literature is as different from the rest of Indian literature as Tribals are from the rest of the Indians. And this distinctiveness is its key speciality.

Tribal literature is the literature of a search for identity, of exposing the past and present forms of exploitation by outsiders, and of threats to tribal identity and existence, and resistance. This is a pro-change, constructive intervention, which is dead opposed to any sort of discrimination against the descendants of the original inhabitants of India. It supports their right to protect their water resources, forests and land and their right to self-determination. Although the contemporary Tribal writings and the discourse on it are in their early stages, it is heartening to find that useless debates like “empathy versus sympathy” are on its margins. Anyway, there is no reason the authenticity of sympathy and empathy should be given so much importance. The authenticity of expression definitely is, and should be, more important than the authenticity of feelings. It is true that authentic expression is not possible without long experience, close contact and sensitivity, especially with reference to Tribals. But empathy still cannot be made the sole criterion for judging authenticity.

As Tribal literary discourse is still in the making, its issues are also just taking shape. Beginning with “Who are Tribals?”, the discourse has broached issues related to Tribal society, history, culture, language and so on over the last decade. Magazines play a key role in the launch and development of every literary movement. The following magazines have played important roles in raising Tribal issues in the world of literature and in promoting creative literature related to them: Yuddhrat Aam Admi (Hazaribagh, Delhi; editor: Ramnika Gupta), Aravali Udgosh (Udaipur; editor: B.P. Verma ‘Pathik’), Jharkhandi Bhasha Sahitya, Sanskriti Akhda (Ranchi; editor: Vandana Tete) and Adivasi Satta (Durg, Chhattisgarh; editor: K.R. Shah). Besides, Pushpa Tete through Tarang Bharati, Sunil Minj through Deshaj Swar and Shishir Tudu through the evening newspaper Jharkhand News Line are also promoting Tribal discourse. Many mainstream magazines have also brought out special Tribal issues, thus contributing to the development of Tribal discourse. These include Samkaleen Janmat (2003), Kathakram (2012) and Ispatika (2012). Initially, the leading Hindi magazines showed scant interest in Tribal issues but with the growing acceptance of the discourse, Tribal life is increasingly finding place in the columns of such magazines. Tribal writers are getting adequate space in small magazines.

Tribal writings are diverse. Tribal authors have benefitted from the rich oral literary tradition of the community. There is no central genre of Tribal literature like autobiographical writings in the case of women’s literature and Dalit literature. Tribal and non-Tribal writers have portrayed Tribal life and society through poetry, stories, novels and plays. The Tribal writers have made poetry the main weapon in their struggle for Tribal identity and existence. Autobiographical writings are few and far between in Tribal literature and that is because the Tribal society believes more in the group than in the self. Concepts like “private” and “privacy” remained alien to most of the tribal communities for a long time. Their tradition, culture, history, exploitation and its resistance – all are collective. And collective feelings are much better expressed through folk poetry than through autobiographical works. The sharp Tribal pen is expanding its reach at a fast pace.

In colonial India, the problems of the Tribals were mainly related to ban on collecting forest produce, land revenues of various kinds, moneylenders’ exploitation and atrocities of police administration. After Independence, the flawed model of development adopted by the government deprived the Tribals of their water, forests and land and displaced them from their homes. Today, displacement is the main problem confronting the Tribals. This, on one hand, is depriving them of their cultural identity and on the other, threatening their existence. If they try to preserve their identity, their existence is threatened and if they try to secure their existence, their identity is lost. That is why, today, Tribal discourse is the discourse of existence and identity. 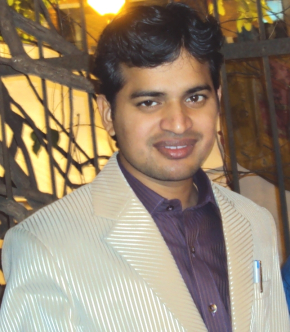 Ganga Sahay Meena is a discourser of Tribal literature and teaches in the Centre of Indian Languages, JNU