Films have always been a racist weapon and continues to be brazenly used to belittle, demean and demonize tribal culture. All over the world, films have been portraying Tribals as barbaric, violent and uncivilized brutes. Objectification of tribal women has also been very common. Be it the American movie The Birth of a Nation (1915) or India’s Lanka Dahan (1917), Izzat (1938), Vanraj Curzon (Tamil, 1938) and the recently released MSG 2 – which was banned in some states – all have portrayed the tribals as “savage” and “helpless”.

Blackface emerged in the American theatre around 1830. Edgar Rice Burroughs created the character of Tarzan in 1912. This character made its debut in the 1918 film Tarzan of the Apes. Since then, more than 200 Tarzan films have been produced. Through the Tarzan films, the entertainment industry presented forest dwellers as aliens who only looked like human beings. The phrase “Jungle Raj” exemplifies this mindset. “Jungle Raj” is a system where there is no system. The people are anarchic, violent, barbaric and uncivilized. It is a dog-eat-dog world where might is right. This Jungle Raj is presented as “wildness” in arts, literature, cinema and advertising. Here, wildness is synonymous with excitement – extreme excitement. Extreme barbarism and extreme excitement are mixed inextricably. Tarzan films and advertisements of condoms and body sprays are examples that immediately come to the mind.

Izzat, produced in 1936, was the first Indian film centred on the barbarians, ie Tribals. It was directed by Franz Osten and produced by Himanshu Rai for Bombay Talkies. The then reigning star of the silver screen Devika Rani, known for her “bold” scenes, essayed the role of a young Bhil woman and well-known actor Ashok Kumar played a young Bhil man. A film based on the popular image of Tarzan was also released the same year. Directed by Homi Wadia and produced by Wadia Movietone, the film was titled Toofani Tarzan. The film had a tribal character Dada, played by Boman Shroff, who was shown as a half ape, half man. The Indian film industry churned out at least 22 Tarzan films from 1937 to 2000.

Indian films focusing on tribal life and society number more than 100 to date. And this does not include films in which tribal characters are shown just dancing, singing and lisping gibberish like “Jhinga lala hurr, hurr”. There is little doubt that the market for the Indian film industry and popular culture worth hundreds of crores is thriving on apartheid, caste prejudices and religious and gender oppression.

It was Dada Phalke who created the racist entertainment market based on one religion, one culture and one language. Before the advent of cinema and Dada Phalke, the Parsi theatre and Nautanki companies dominated the popular entertainment market. They were mainly centred on dacoits, historical legends and “ayyars”. Theatrical traditions like Ramleela and Raasleela werestaged on religious occasions and were not meant purely for entertainment. Phalke produced Lanka Dahan in 1917. It was the first attempt to use religion to entertain and Phalke’s second film after the 1913 Harishachandra Taramati. It became a blockbuster and firmed up the religious (ie racist) trend in the entertainment market. Eight years after Lanka Dahan, on 27 September 1925, India’s majoritarian, racist organization Rashtriya Swayamsevak Sangh came into existence. It was founded on the day of Vijayadashami – the day on which Ravana was slain, the day which celebrates the massacre of non-Aryan Rakshashas, Asurs and Tribals.

At the beginning of the 20th century, The Birth of a Nation, considered the world’s first full-length feature film by a large section of film historians, was screened in America. Directed by D.W. Griffith (18751948), the film undoubtedly was a rare example of the power of the medium of cinema and cinematic art. But it is also the world’s most racist film ever. It glorifies the Whites and presents a negative, stereotyped image of the Blacks. Was it a mere coincidence that around the same time (1917), Dada Phalke produced Lanka Dahan, which is a religious and racist film that glorifies the Aryan murderers of Asur tribals and sings paeans to Brahmanism? Dada Phalke was not the father of Indian cinema; he was the father of Hindu cinema. He only produced religious and mythical films that glorified and publicized the Hindu religion. Dada Phalke not only ignored the shared cultural and religious legacy of India but also nurtured racial discrimination and justified violence. All his films venerate the massacre of the indigenous inhabitants of the country, the Tribals, Rakshasas and Asurs.

In 1909, Hindu Mahasabha was founded in Punjab and in 1910 at the all-India level. We are told that Hindu Mahasabha’s formation was a reaction to the establishment of the Muslim League in 1909. Then, the RSS came along in 1925 and in 1952, Vanvasi Kalyan Ashrams started making their appearance in tribal areas. In 1953, Jangal Ka Jawahar was released, in which Homi Wadia glamourized the adventures of a doctor and his daughter who serve the barbarians. In 1954, the Hindi film Nagin, which is considered a classic, was released. Based on a story by Bijon Bhattacharya, the film portrayed Tribals as vendors of poison. Let us not forget that it was the time when the Tribals of Telangana and Tebhaga (the then Madhya Pradesh, Bihar, Odisha and West Bengal) in the east and the Tribals of the northeast were engaged in a bitter struggle for their inalienable, ancestral rights and for their autonomy. Around the same time, the first Vanvasi Kalyan Ashram was set up by the RSS with the co-operation of the government at Jashpur in the then Madhya Pradesh. And the VHP came into existence on 29 August 1964.

Phalke’s racist film tradition played a key role in the formation of Hindu racist organizations and the growth in their social and political clout. “Serious and progressive” film producers and writers like Himanshu Rai, Homi Wadia, Bimal 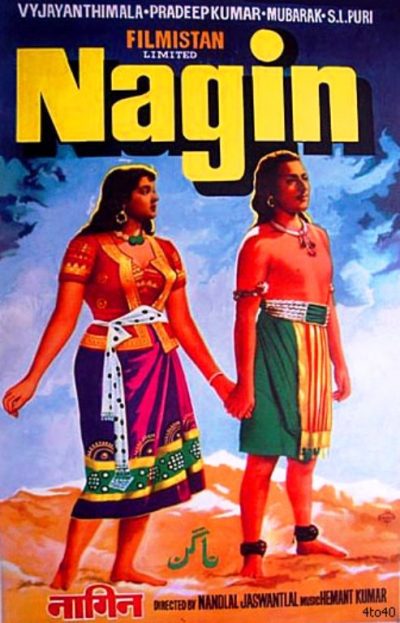 Released in 1954, Bollywood film Nagin was probably the first popular masala film that gave us a glimpse of the Northeast. Four other similar films are Yeh Gulistan Hamara (1972), Dil Se (1998), Tango Charlie (2005) and Liar’s Dice (2013), which was India’s official entry for the Oscars. The film Nagin comes with a disclaimer that “This film does not portray the life of any present or past community” but the costumes of the characters and the very first scene of the film make it clear that the film is about the Tribals of the Northeast. The film is about two tribes who deal in poisons and the business rivalry pushing each of the tribes to destroy the other. The most unfortunate aspect is that the story of the film was written by progressive and leftist playwright Bijon Bhattacharya. Nagin is a cinematic documentation of the deep racist hatred the non-tribal population – whether leftist or rightist – harbours against Tribals.

Liar’s Dice, which was India’s official entry for the Oscars, is based on the story of a tribal woman from the hills of Himachal Pradesh who comes to Delhi with her daughter in search of her missing husband. The woman (played by an actress from Sikkim) works as manual labourer there and is helped by a deserter armyman in locating her husband. The message is clear: the army is the protector of Indian Tribals and even a deserter is a “great human”. Here, one might do well to remember that the Northeast’s Tribals have long been fighting for and demanding the abrogation of the Armed Forces (Special Powers) Act, or AFSPA, and withdrawal of troops from their land. 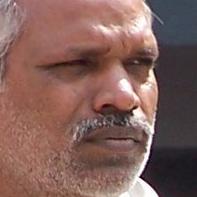