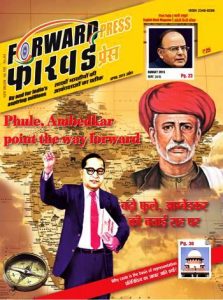 It was sometime in March this year. Two young men came to my office. One of them was a JNU employee and the other was pursuing MPhil in the university. What surprised me was that they held copies of the latest issue of FORWARD Press in their hands. At that time, the JNU issue was hot. Parliament was seized of the matter and the Union HRD minister Smriti Irani’s hysterical speech, during which she waved a poster that was circulated on Mahishasur Martyrdom Day, was much talked about. Given this situation, it was surprising to see young men openly carrying copies of FP. During our conversation, one of them told me that he had been suspended by the university. I wanted to ask whether it had anything to with the recent events in JNU but decided not to. I asked them from where did they get the copy of FP. One of them jestingly said that someone was distributing them on the streets. On a serious note, they told me that as many as 1500 copies of the magazine are sold on the JNU campus. This came as a surprise to me. The demand for fifteen hundred copies of a magazine in one of the country’s topmost universities, known for its liberal, democratic atmosphere, underlined both the magazine’s credibility and its need.

I was introduced to FP long after it began its seven-year journey. A couple of years ago, Devendra Kumar Devesh, who works in the Sahitya Akademi, suggested to me that I should send my articles to FP for publication. At the time, I was desperately looking for a magazine working for uniting the communities that are victims of the varna system and for making them socially and culturally aware. Dalit literature was there with its slogans of “social justice” and “equality” but it gave voice only to the sections that were at the lowest rung of the social ladder – who, for centuries, bore the scourge of untouchability. Tribal literature was also assuming the form of a movement. But the OBC were far behind in this respect. Writers, thinkers and activists like Jotiba Phule, Ramasamy Periyar, Mandal and Ramswaroop Verma came from among the OBCs but the OBCs had learnt nothing beyond getting united politically and voting together as a caste. They were only interested in manipulating caste equations to get a share of power. Apart from a handful of leaders, there was no one who could comprehend what cultural dominance was and how to challenge it. One reason for this was that they had this mentality of being in the “middle”, because of which they failed to identify their real comrades. When, some decades prior to Independence, they began becoming political conscious, instead of joining hands with communities lower down in the social pyramid, which, like them, were the victims of the varna system, they preferred to jump on the bandwagon of “forward” political parties like the Congress. The 1948 merger of Triveni Sangh with the Congress-backed Backward Class Federation should be seen in this light. I often recall what Thomas Paine had said about the minority elites keeping the majority of the people divided for their selfish ends. Paine has also talked about people moving back and forth between elite and non-elite sections but in a caste-based society, this kind of transfer is next to impossible. 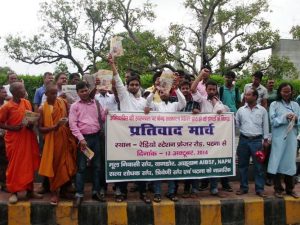 Consciously or unconsciously, Dalit intellectuals also became victims of the elitist mindset. Instead of forging a unity between victims of the Manuvadi system, they tried to create an elite group within the Dalits and promote elite politics. It is true that the pain of the Dalits was of a different kind. It is also true that the kind of social exclusion they had to face was never faced by the OBCs and that the OBCs were also responsible for the oppression of the Dalits to some extent. But the Dalit writers didn’t realize that the centuries-old varna system had turned the OBCs into protectors of the interests of the dwijs. Most of the OBCs were from the working class and were dependent, in one way or the other, on the feudal economy. Hence, sometimes owing to their feeling of gratefulness and at other times fearing loss of means of livelihood, they entered into alliances with the dwij castes. Brazilian educationist Paulo Freire once said that the oppressed class sees its emancipation not in radical transformation of the system but in taking over the role of the oppressor. This is very true of the Indian Bahujans. The Dalit writers should have taken into account the fact that the OBCs were also the victims of the same Manuwadi system that had oppressed them and as such, a real battle against caste dominance can only be waged if all the victims of that system came together.

Against this backdrop, FP coming to fore with Bahujan literature and symbols of Bahujan culture was a revolutionary initiative. I would not say that the magazine has attained what it had set out to attain or has been able to reach out to the relevant sections of people. For a big movement, seven years is just enough to prepare the ground. Therefore, I see FP’s seven-year journey akin to writing the preface of a big resolution. With its limited financial resources and sustained by the passion of some writers, FP, even in its new form, is an important achievement for those dreaming of social justice.

Published in the June 2016 issue of the Forward Press magazine