I wish to draw your attention to a circular issued by the Ministry of Human Resource Development, indicating the end of reservations for candidates of backward classes in appointments to the posts of professor and associate professor. The members of the majority class are in a state of confusion on the issue. 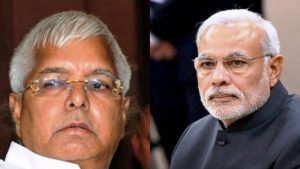 They suspect rules and regulations are being bypassed and candidates of backward classes are being consciously deprived of their rights. I request you to seek complete information on the matter from the Ministry of Human Resource Development and make your views on the issue public. Please also let the nation know how many members of SCs and STs are working as professors and associate professors in central universities and whether their numbers conform to the percentage of positions reserved for them. How those entitled to reservations are deprived of them is public knowledge. The majority class wishes to know whether their prime minister is aware of this reality.

Sometime ago, the fellowships awarded to ST students were stopped, citing a financial crunch. Why is it so that the programmes meant for the weaker sections are the first to be axed whenever there is a shortage of funds? And that too programmes related to education, which are indispensable for their progress and awakening? Why is it that the coffers and the resources of the country get exhausted by the time the turn of Backwards, the Dalits and Tribals comes? Does the government not even have Rs80-85 crores needed to give fellowships to 650 Tribal students? And right under the nose of the government, industrialists escape abroad after gobbling up hundreds of crores of rupees. During Bihar elections, the chief of the rightist ideological organization RSS, which guides the BJP, had talked of ending reservations. He probably believes that the majority class is getting reservations because of his benevolence. Viewed against the backdrop, the recent steps of the government indicate that it is treading the path shown by the RSS. You had said that you were ready to lay down your life for reservations and here your government is digging up the very foundation of reservations. When the roots of the inequality and untouchability pervading the country are not economic, why are you talking of giving reservations on the basis of economic status? We know that you have given reservations to powerful castes in Gujarat and Rajasthan. In Haryana and Punjab, the majority class has been kept out of the race by making minimum educational qualifications mandatory for contesting Panchayat elections. The majority class does not want your life. It only wants an assurance that its rights will not be trampled upon. Reservation is not an anti-poverty programme, it is a Constitutional right. We talk of curing the disease and you talk of stopping the treatment.

Sir, when the pain and disease is cured, there will be no need for treatment. It seems that this rightist trick of ending reservations through the back door is an attempt to test the patience of the majority population of the country before taking a major decision.

Sir, we have entered politics by the route of agitation. For us, politics is another name for agitation, for movement. We fought to get the Mandal Commission report implemented; we took to the streets. Even today many recommendations of the Mandal Commission remain unimplemented. But if what has been implemented comes under threat, we will not hesitate for a moment before hitting the streets. Those who faced humiliation and insults for thousands of years have been getting reservations for barely 20-25 years. But even in this short duration, it has become a cause of distress for many. Those who oppose reservations are advocates of untouchability, humiliation, casteism, varna system and a cruel, unjust mindset. All swear by Ram but are averse to eating the “bers” of Shabri. You make touching speeches on Ambedkar anniversaries and other occasions but the decisions of your government make it clear that you have failed to understand the hearts and minds of the distressed and apprehensive majority. This chasm between your words and deeds has the potential of breaching the patience of the majority class.

With full respect, I want to remind you that you have reached this position by referring to your poverty and backwardness. I am hopeful that you will not allow injustice to be done to the deprived, the victimized and the neglected while occupying this position. 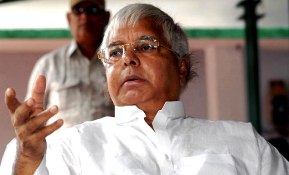 Lalu Prasad, a former chief minister of Bihar, is the national president of Rashtriya Janata Dal.