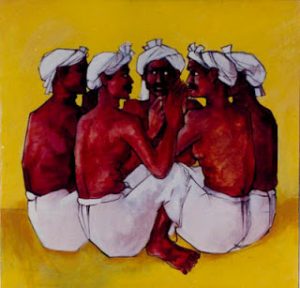 The last two or three decades have witnessed a change in the literary discourse in our country. The issue of social identity has forced writers and thinkers to discuss and debate questions that were hitherto not a part of the mainstream literary discourse. However, it is difficult to say whether only the issue of social identity coming into focus has brought about this change, for there are some internal processes that not only impact society but also all its decisive elements, and these processes determine the issues to be raised by all those in power or any institution in the future. Some people have an easy explanation that this or that social group or community is behind whatever is happening in society and politics. But this is not correct because when the internal streams are examined, the real cause is found to be something else.

The perceptible changes in Indian society and politics over the last two decades, which began with the implementation of the Mandal Commission report in 1990, are, of course, important. But if we juxtapose the Indian situation with the global scene, we realize that the process of change had begun right after the Second World War, when people stood up against their oppression, because of race in Germany and Italy and because of skin colour in Africa and Latin America. This resistance gradually became a powerful parallel stream. In the Indian context, the year 1947, when the country was partitioned and a new socio-economic-political order arose, was a point of departure for the cultural order. Things could have improved from here on, as Renu hints in his novel Maila Aanchal, published in 1954. The novel depicts how the political forces and the establishment, which were destabilizing rural India, were pushing society towards a situation that pitted the mainstream against the marginalized sections (Tribals) and this conflict threatened to become an unending one. Had it wanted, the political apparatus could have set this right but this was not done and as a result we witnessed Ambedkar quitting Hindu religion and embracing Buddhism with his 380,000 followers in 1956, the Naxalbari movement in 1967 and JP’s total revolution in 1974. Therefore, the undercurrent of the process of change that became visible in 1990 was an old one, though its wider impact in the world of ideology and literature could only be seen after 1990. On closer examination, we see that these movements and struggles led to the emergence of personalities in society and politics who began the process of structural change. Among them were Kanshi Ram in the context of Dalits, Charu Majumdar in the context of Naxalism and Karpoori Thakur as a key catalyst of social change with respect to the backward classes. There are many such people – or heroes if you like – who tried to bring about fundamental changes in Indian society, politics and thought. By 1990, it was clear that a major transformation was in the offing. The agitation against the Mandal commission, the demolition of Babri Masjid, and economic liberalization and globalization were the key factors that brought about this transformation.

The fact is that for a social thinker, it is a very challenging task to determine the nature of these processes, especially so when one knows that caste identities are central to these processes. The identities of different kinds are clashing and wrestling with one another and getting destroyed, but at the same time the possibilities of dialogue between them are also clearly visible, thus making regeneration a possibility. Literature emerges out of this regeneration. The concept of new literature emerged from the post-1990 literary discourse. It is not that this literature did not exist earlier or that nothing was being written about those communities or societies before this period. Debate and discourse on women, Dalits and Tribals were part of the world of literature in the past too. Others apart, the literature of Premchand and Phanishwarnath Renu represents the entire Indian society. What changed post-1990 was that the writers of the communities concerned occupied the central place in what was being written about their communities. Thus, women 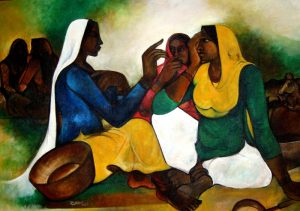 writers were at the centre of women literature, Dalit writers at the centre of Dalit literature, Tribal writers at the centre of Tribal literature and NRI writers at the centre of NRI literature. The advent of these writers marked a big change: among women writers, Krishna Sobti, Mannu Bhandari, Mridula Garg, Chitra Mudgal, Prabha Khaitan, Maitreyi Pushpa, Anamika, Gitanjalishri, etc; among NRI writers, Abhimanyu Anant, Ramdev Dhurandhar, Venimadhav Ramkhelawan, Raj Hiraman, Bhanumati Nagdaan, Gulshan Sukkhlal, Vinayee Guddari, etc; among Dalit writers, Tulsiram, Omprakash Valmiki, Dharmaveer, Mohandas Naimeshrai, Kanwal Bharti, Jaiprakash Kardam, Surajpal Chauhan, Sushila Tankbhaure, Sheoraj Singh Bechain, Ratna Kumar Sambharia, Guruprasad Madan, Rajukumar Itihaskaar, A.R. Akela, etc; and among Tribal writers, Ramdayal Munda, T.V. Kattimani, Peter Paul Ekka, Nirmal Pratul, Roz Kerketta, Hariram Meena, Vandana Tete, etc. It shook the world of traditional literature and ideology. Till then, the centres of literature and ideology were dominated by writers who are described as “Dwij” or “Savarna”. In a way, these writers were in command of the mainstream while those whom the society describes as exploited, deprived and oppressed were at its margins. That is why the writings of women, Dalit and Tribal writers, centred on their own experiences and thoughts, expanded the world of literature. Till then, literature was confined to a particular section of the society but this expansion paved the way for its reaching the entire society. In a sense, this literature took the form of what is called people’s literature, which belongs to the people.

Here I feel it’s necessary to talk about a literary theme that is being discussed in parallel with women’s or Dalit literature. For instance, how do we classify the literature written by a person who is neither a Dalit nor a Savarna; who is neither a woman nor a Tribal. Here, for the sake of argument, the names of Phaniswarnath Renu, Rajendra Yadav, Madhukar Singh, Surendra Snigdha, Ramdhari Singh Diwakar, Sabjeev, Chandrakishore Jaiswal, Premkumar Mani, Dinesh Kushwaha, etc can be mentioned, whose names were mentioned some time ago by Rajendra Prasad Singh in an article on OBC literature and writers. Rajendra Prasad Singh is a serious Hindi writer, who, despite living in a small town like Sasaram in Bihar, has been an influence on Hindi literature. He has thought deeply about the history of literature. Though Rajendra Prasad Singh’s concept of OBC literature is new in the realm of the litterateur and thought, the problem is that the entire concept is based only on caste. The problem is that while opposition to Varna and caste-based social system is at the centre of Dalit literature, there is no logical notion or idea at the centre of OBC literature. The 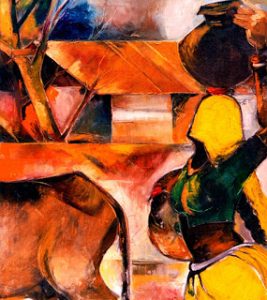 society and its problems form the subject matter of literature. Literature is also about the struggles of social classes and groups, about what they build and rebuild. But the concept of OBC literature is devoid of any such thing. At the centre of Renu’s literature is Indian rural society, its problems and the political consciousness of rural society. It is also replete with many forms and ideologies of resistance. But it is not related to any particular caste. Maila Aanchal could be the story of any village of India. Similarly, the entire literary corpus of Rajendra Yadav is based on the social consciousness of the Indian middle class, which is taking shape and is in the process of creating some new identities. Similarly, the writings of Premkumar Mani gives one an opportunity to see and reflect on how the pressures and fears of contemporary society influence the process of social thinking. That is why it is difficult to classify these litterateurs as OBC writers and their writings as OBC literature. What they are writing is in no way different from the writings of other writers who have the same concerns.

The fact is that ideologies and literature are products of the historical process of social change. The literature of the last two or three decades is born out of the sociopolitical order that emerged after the Second World War and the Partition. Many challenges face us in the times in which we live. The chief among them is how to protect the existence of mankind. Should the responsibility of protecting mankind be left to organizations of writers and political and social organizations? Or should fighting against the destructive forces that are blocking the building or rebuilding of human consciousness and identity be treated as a collective social responsibility? This is a very important question of our times, and dwelling on it is essential for every conscientious human being. 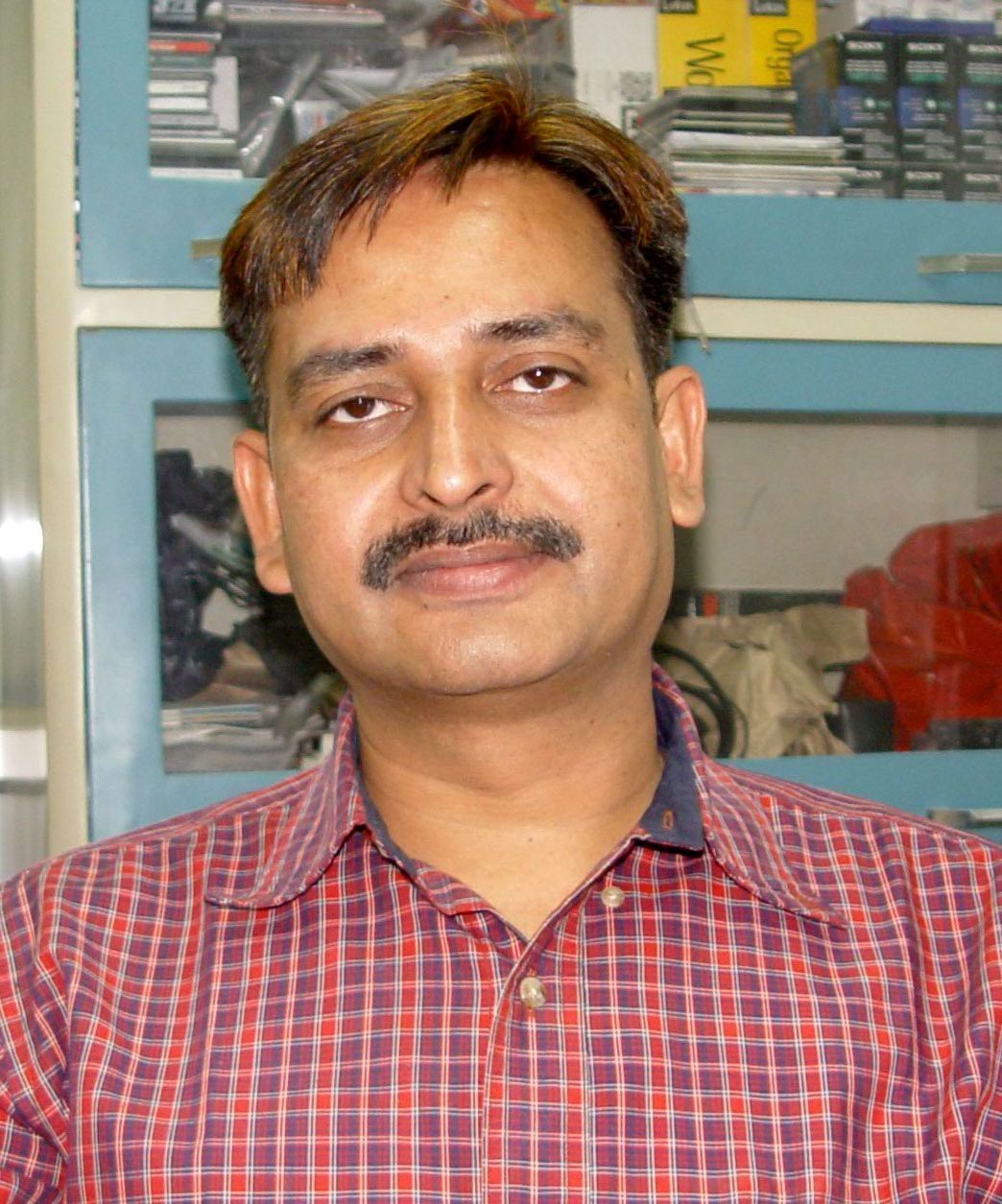 Devendra Choubey was born in 1965 in a village in Bihar’s Buxar district. He is a well-known writer and educationist and a professor in the Language, Literature and Culture Studies Centre of JNU, New Delhi. He was a University Grants Commission visiting scholar at the Mahatma Gandhi Institute, Mauritius. The Ministry of Culture, Government of India, awarded Choubey the National Fellowship for his work on Dalit literature. His published works include Kuch Samay Baad (collection of short stories) and Aalochna Ka Jantantra, Adhunik Sahitya Mein Dalit Vimarsh, Samkaleen Kahani Ka Samajshastra and Kathakar Amritlal Nagar (all literary critiques).