Karnataka is a study in contrasts. On the one hand, this southern state is known for its distinct culture and peaceful atmosphere, on the other, it is often in the news for women becoming devadasis and eating food from the used leaf-plates of Brahmin priests. Superstition has such a stranglehold on the people that a famous rationalist like Kalburgi is murdered and many a well-known writer have to be provided police security. Religion is so inextricably mixed with politics that no political party can hope to win elections without seeking the “blessings” of one or the other godman. The last government had even doled out crores from the government coffers to priests for organizing yagnas to appease the rain gods. Politicians prefer to attend “durbars” of assorted Swamis to interacting with the common man. Gandhi, commenting on the religiosity of the south Indians, had said that they were far more religious than the people of the north. Though huge crowds throng small and big temples, he had observed, the people are far removed from true religion and extremely intolerant towards the lower castes.

It is heartening that the chief minister of such a state openly declares that he is an atheist and admonishes people for holding superstitious beliefs. A socialist to the core, Siddaramaiah cut his political teeth in the company of socialist politicians and thinkers. He is a great admirer of Ram Manohar Lohia.

Siddaramaiah, who has worked with Ramkrishna Hegde, Devraj Urs and Deve Gowda, quit the Janata Dal and joined the Congress in 2007 as Deve Gowda wouldn’t stop pampering his politician son. Siddaramaiah is a Kurba, a backward caste of the state, and is quite popular among the people. How he rose against all odds from his humble background to become the chief minister of the state is an inspiring tale. It is said that after he had cleared the seventh grade examination, Siddaramaiah’s poverty-stricken parents asked him to quit his studies and join the family’s traditional occupation of grazing sheep. But he refused and insisted on continuing his education. His father believed in astrology, so he took Siddaramaiah to a neighbourhood astrologer. The astrologer, however, refused to take the young Siddaramaiah under his tutelage as he was from the shepherd class and the Varna system allowed only the Brahmins and Kshatriyas to learn astrology. The astrologer told Siddaramaiah’s father that his son was destined to graze sheep. The boy rubbished what the stars foretold and refused to give up his studies. Ultimately, his father relented and allowed him to go ahead with his studies. This incident turned Siddaramaiah into an atheist for life.

One of his ministers had a wall in his office in the Assembly building demolished because according to vastu shastra, it could prove to be unlucky for the occupant. Siddaramaiah criticized his colleague’s decision and asked his ministers to keep away from superstitious beliefs. And he walked the talk. The chief minister’s office had two doors – one facing the west and other south. All the chief ministers used to enter the office from the western door. The southern one was kept permanently locked as it was considered inauspicious. However, Siddaramaiah decided that he would enter the office only from the southern door. That’s not all. He launched his election campaign for the 2014 Lok Sabha elections from the Chamarajanagar district of the state. It was believed that the chief minister who toured Chamarajanagar would lose power within six months.

Thus, in this respect, the Karnataka chief minister stands apart from the other Indian politicians. Siddaramaiah appointed a Jain MLA as the minister for fisheries and animal husbandry. Members of the Jain community were quick to criticize the minister, telling him that he should not preside over a department which is associated with violence against animals and that he should either get his department changed or resign. The minister wrote to the chief minister that in view of the sentiments of his community he should be given some other department. He also sent in his resignation along with the letter. But Siddaramaiah refused to accept his resignation and told him that no department that is directly linked with the welfare of the people could be bad. Then, recently, Siddaramaiah imposed a ban on the use of horoscopes by the media. The move evoked strong protests but the chief minister refused to budge and the ban continues.

The politics of Karnataka has long been revolving around and dominated by the Vokkalinga and Lingayat communities. Most of the ministers come from these two communities. In the last BJP government, there was not a single Dalit or Muslim minister. The former chief minister, who was later thrown out of the BJP, admitted that he was clearly told by the RSS that no Dalit or Muslim should be made a minister. This makes the anti-Dalit and anti-Muslim stance of the RSS and BJP clear. In the last state elections, Siddaramaiah fielded members of those OBC, SC and ST castes that had never been represented in the assembly. In case of some castes, none of their members had ever contested an election. This was definitely a progressive step. Even today, only a handful of OBC and Dalit castes are politically dominant in Karnataka. Other castes are forced to play second fiddle to them. Siddaramaiah has also said that he will not contest any election after his 70th birthday. He will continue in politics but will not hold any office.

Today, when the Indian political scene is marked by intrigues, deceit and opportunism, Siddaramaiah’s principled politics and progressive beliefs need to be appreciated and admired. What the politicians who learnt politics from Lohia did after being voted to power is too well known to be recounted. Siddaramaiah is a true follower of Lohia. He may be in the Congress but he is a socialist at heart. Even the Congressmen admit that he is an odd specimen in their party. The Congress may be wearing its secular credentials on its sleeves but its soft Hindutva leanings are there for all to see.

Despite the stiff opposition and violence by the rightist organizations and ignoring the protests of a faction within his own party, he ensured that the birth anniversary of Tipu Sultan was celebrated in a big way at the state level. He has made it amply clear that he will not compromise on his principles and ideology. 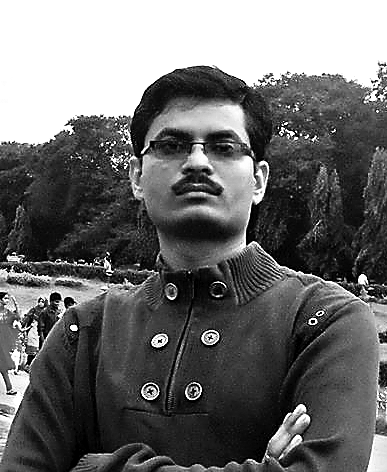 Bhanwar Singh is an assistant professor in the Department of Hindi, Jain University, Bengaluru