It is said that a picture is worth a thousand words. The accompanying photographs are a stark reminder of the inequality that informs our society. There are some who claim that untouchability and casteism have become a thing of the past in India and that now our society is, by and large, equal. These photos will force such persons to think again. They show how deep the roots of casteism are.

In village Hudwa of tehsil Mahwa in Rajasthan’s Dausa district, upper-caste musclemen did not allow the cremation of a Dalit woman in what they called their part of the cremation ground. Omprakash Hudla, BJP MLA from Mahwa, hails from this village. After the elderly woman, who was ailing for sometime, died, her kin did the preparations to take her body for cremation. However, it soon started raining heavily.

As the rain didn’t relent, ultimately, at around 4pm, they took the body to the cremation ground. Different parts of the ground have been set aside for different castes. The Dalits urged the upper-caste men to allow them to cremate the woman at the place earmarked for the upper castes, as it had a tin roof. However, the upper-caste men declined the request. They said that there was no stopping the dead woman’s destiny. As sunset neared, her relatives decided to cremate the body in the open.

As you can see one of the photos, some people held a tarpaulin sheet above the pyre to prevent it from getting wet. They used kerosene to ensure that the fire completely burnt the body and the funeral somehow concluded, but the uneasy atmosphere created by the upper-caste hostility lingered on. It made me wonder if, like in this cremation ground, in the other world too, there are separate places for people of different castes. 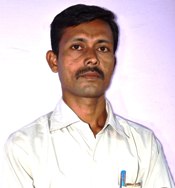 A former reporter of ETV, Rajasthan, Lucky Naresh is a freelance journalist.