Famous Indian anthropologist Nirmal Kumar Bose (1901-1972) and one-time personal secretary of M.K. Gandhi proposed a theory known as the “Hindu Method of Tribal Absorption”. The idea was first proposed in a paper presented at the Indian Science Congress in 1941. Bose’s proposal was based on his short fieldtrips to Orissa’s Pal Lahara region where the Juang tribal community lived.

The essence of the theory was the Tribals who had come into contact with their powerful caste Hindu neighbours gradually lost their own tribal identity and were given a low-caste status within the Hindu fold. This idea became popular and the mainstream Indian anthropologists accepted it. Bose’s paper became a compulsory text in the curriculum of Indian anthropology. No anthropologist felt the need to double-check Bose’s proposition by visiting the Juang community. The idea had a profound impact on the minds of the Indian anthropologists for generations.

These anthropologists accepted Hinduization of the Tribals as an obvious, inevitable process, overlooking any possibility of protest by the Tribals against any form of brahmanical imposition. The theory also hid the exploitation and subjugation of the Tribals by the Hindus. Later,  M.N. Srinivas, the doyen of Indian sociology and social anthropology, proposed another theory that reinforced the superiority of the Brahmins. He observed that the lower castes always tried to imitate and emulate the lifestyle of the twice-born castes. This theory of “Sanskritization” also became an essential part of university courses in Indian anthropology and sociology.

The Western scholars who came to India post Independence also mainly studied caste and village-level dynamics, and Indian civilization within the framework of a Hindu order, which again validated the models generated by Bose and Srinivas. The growth of a secular and national anthropology in India was nipped in the bud. Indian anthropology was Hinduized and also westernized. We forgot that the development of a national anthropology also required a secular and indigenous approach to the problems of nation building.

N.K. Bose and T.C. Das on the Tribal-and-Hindu Interaction 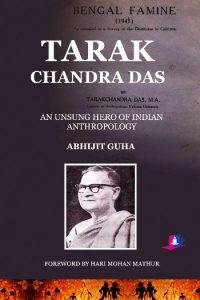 Tarak Chandra Das (1898-1964), another pioneering Indian anthropologist, was a contemporary of N.K.Bose. T.C. Das’ views on Indian anthropology and tribal society was completely different to that of Bose and Srinivas, and ironically, despite being an excellent fieldworker and ethnographer, his ideas did not get due attention, even from his famous students like André Béteille.

Das did his MA in Ancient Indian History and Culture from the University of Calcutta and joined the newly founded Department of Anthropology at the university in 1921 as a research scholar. He became a lecturer in 1923. When he retired in 1963, he was a reader. Das conducted intensive fieldwork in Chota Nagpur, in the then Bihar (Jharkhand today), and in Assam. In 1941, Das delivered the presidential address to the anthropology section of the Indian Science Congress. He was actually presenting a 28-page paper entitled “Cultural Anthropology in the Service of the Individual and the Nation”, which was neither republished by Calcutta University nor recommended for any syllabus. This paper is one of the pioneering articles on applied anthropology in India. Das’ major objective was to convince his readers about the immense potential of social and cultural anthropology as applied science for the overall development of the Indian population. During his lecture, divided into five sections, Das dealt with the application of anthropology in almost all the important secular sectors of a modern nation – trade, industry, agriculture, legislation, education, social service and administration. One of the key aspects of the lecture was the role of anthropologists in building an educational system that addressed the real needs of a particular community in the Indian context. Das had strong words for the colossal wastage of public money by the then colonial government in setting up schools among the Tribals. Interestingly, N.K. Bose presented his paper “Hindu Method of Tribal Absorption” also at the same Science Congress. Bose’s lecture was later published in the journal Science and Culture in 1953 and, in course of time, became well known in Indian anthropology while Das’ lecture dealing with the role of anthropology in solving the burning and practical problems of nation building went into oblivion.

Calcutta University published Das’ three lesser-known research monographs on the Ho (1927), Kharia (1931) and Bhumij (1931) tribes of Chota Nagpur. These monographs were the result of the fieldwork that Das and his students from the university had carried out in the then Bihar province (now Jharkhand). In his study of the Bhumij of eastern India, there was a chapter entitled “Crises in the Life of an Individual”, in which Das described the Bhumij customs surrounding birth, marriage and death. Throughout the chapter, Das not only described the customs of the tribe but also pointed out how the Bhumij maintained their tribal ethnic identity under the overarching influence of Hinduism, which had found its way into the region, particularly after transport and communication improved under the British rule. Unlike N.K. Bose, T.C. Das seemed to be more concerned about the ground realities, especially about the sustenance of indigenous cultural identity of the Bhumij, who were admittedly undergoing transformation.

Let’s compare the views of Nirmal Kumar Bose in his article ‘The Hindu Method of Tribal Absorption’ (1953) with that of Tarak Chandra Das, recorded in his monograph on the Bhumij. The Juang of Orissa lived not far away from the where the Bhumij lived and both Bose and Das did their fieldwork roughly around the same time, that is from 1926 to 1928. For Bose, although the Juang were Tribals, they were slowly entering the Hindu fold and were being assigned a low status in the caste system. Das, in contrast, was more interested in delving deeper into his Bhumij material from an ethnographic and historical perspective, and he had no intention of prematurely building a theory like Bose’s. In fact, Bose’s ethnographic encounter with the Juang was brief, and he only referred to one Juang ceremony in which a Hindu goddess was worshipped. Bose was not interested in seeing whether there was any resistance to the adoption of Hindu customs and rituals from the Juang or any other tribe who came into contact with the dominating Hindus. Bose’s equation was simple: Since Hindus were economically superior to the tribes like the Juang and since the caste system allowed a non-competitive, hereditary guild-like group formation, with some amount of freedom in the sphere of cultural practices, the tribes did not revolt against this system and were gradually absorbed into it. Just compare this view with that of Das in his book about the Bhumij:

[But] the more freedom-loving section of the tribal peoples, who retreated before the oncoming rush of Hindu culture and British domination, and found shelter in the mountain recesses and sal forests, began to set up strong barriers in the form of social taboos for the protection of their own society and culture. We have found instances of this among the Hos inhabiting the interior parts of Kolehan and have referred to it in our monograph on the Hos. (Das, 1931:8)

Bose’s bias towards Hindu method was so deep-seated that in his 1953 paper he used T.C. Das’ first paper ‘High Caste Hindu marriage in Bengal with special reference to its folk elements’ written in 1922 as evidence to prove his hypothesis. Bose stated:

A study of Bengali marriage customs undertaken many years ago by Mr T.C. Das of the Calcutta University shows clearly how Vedic and non-Vedic customs have both entered into their composition, indicating how the people of Bengal came long ago under the dominance of Brahminical civilization. (Bose, 1953:166-167)

Interestingly, Das’ main objective in the 1922 paper was to show that marriages as a form of social contract (not as an indissoluble sacrament), in which the husband did not enjoy full control over his wife and her property, also existed among many lower castes within Hindu society and many tribes of the northeast India that had not come under the influence of Hinduism. Bose actually misinterpreted Das’ paper to fit it in his own scheme of brahmanical dominance! (Guha, 2016:17-20).

Das’ ethnographical study, The Wild Kharias of Dhalbhum, was about the gatherer-hunter tribe that was living almost completely outside the influence of Hinduism, a fact that clearly defied the theory of “Hindu method of tribal absorption”. This book contained four chapters and, unlike the Bhumij monograph, it started with “The People and its Habitat”, in which Das cautioned his readers that the Kharias, whom he studied, were totally different from those sections of the tribes that were either under the influence of Hinduism or Christianity as described earlier by British scholar administrator H.H. Risely in 1891. Das focused on the Kharias who lived in the hills of Singbhum, near Dhalbhumgarh and Ghatsila, in today’s Jharkhand (Das, 1931:2-3). All through the monograph Das meticulously described the material life, social organization and religious rituals of the Kharia without noticing any Hindu manner or custom. In this social anthropological description, Das also used anthropometric measurements to trace the racial affinity of the tribe and found their similarities with the Munda. Das described the practice of bride price, widow remarriage, non-vegetarian diet, belief in non-Hindu nature deities, drinking of rice beer, sacrifice of fowls and the use of services of priests (dehuri) from their own community – all of which were proof that “Wild Kharias” hadn’t been influenced by Hinduism.

Das, T.C. (1922). “High Caste Hindu marriage in Bengal with special reference to its folk elements”. Journal of the Department of Letters 8:67-84, University of Calcutta.

Das, T.C. (1931). The Wild Kharias of Dhalbhum, University of Calcutta 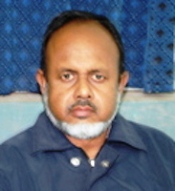