Teens have never had it tougher. Today, social pressures are more pervasive and destructive than ever before. Parents often feel helpless when they are required to equip their teens with the tools to navigate – and steer clear of – harmful relationships, attitudes and behaviours. 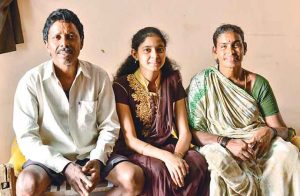 Parenting through the teenage years, especially when dealing with rebellion, requires both tenacity and persistence.
Adolescents are beginning to think for themselves, which can give the impression of arrogance. This is true especially if in the past, they haven’t questioned what their parents said. Youth specialist Tim Sanford encourages parents to realize that children always do things for a reason. He explains that many times parents don’t know the real reason behind a teen’s behaviour. He says, “God didn’t make us random beings, so our behaviour (even rebellious behaviour) is stemming from a reason. It’s important to get to the ‘itch’ (core reason) behind the ‘scratch’ (outward behaviour or attitude).” Whether dealing with basic issues such as respect or complex issues such as at-risk behaviour, parents sometimes struggle to understand the difference between healthy teenage autonomy and blatant rebellion. What looks like rebellion may actually be a teen’s natural “itch” for greater independence.

A child needs space to do things his own way, to express the unique personality that is emerging. Recognize your child’s developmental needs. A new way of communicating is needed, a way that maintains a balance between respecting freedom and using authority.

1. Communicate with your child

As teens go through a phase of independent thinking, find time to reason with them in a friendly and loving manner. They may not be willing if you use your authority to make them sit and talk. It’s important to keep your cool in the discussion. Listen to the child’s point of view with respect. Challenge it where it is wrong, but be gentle. Build times of sharing before the problem arises, rather than at the time of crisis. Focus on building trust within the relationship. Trust cannot be built if parents want to prove they are always right. A parent who wants to win all the time will lose the relationship in the end.

2. Be honest about your feelings

To help a child understand you, let them know how hurt you are when they don’t listen to you. Tell them honestly why you feel the way you do on a particular issue. Once they know the real reason behind your frustration, it will be easier to reason with them. Say “I feel very disappointed, when you don’t listen …”

3. Respect them, don’t put them down

Do not use words that demean or belittle a child. Comparing them with other children is a way of saying they aren’t good enough.

Parents should be careful not to irritate their children with unreasonable or unnecessary rules. Make few crucial rules that are flexible, giving them space to fail. Do not expect them to always do everything right. If you are unreasonable and rigid in your demands they will rebel. Enforce the rules you make with gentleness and love. Leave room for failure. Encourage them to keep going – they learn through failure. Do not hesitate to make consequences of disobedience clear. Do not hesitate to impose consequences when they have disobeyed after being warned.

5. Understand them through their peer group

A friend means a lot to a teenager. Get to know the friends who exert a strong influence on your child’s behaviour. Their friend’s advice will seem more appealing than that of their parents who are out of touch with their world. Encourage your child to talk about them and bring them home. When you sense someone is a bad influence, don’t immediately attack that friend. Talk to your child in a non-confrontational manner about how he/she is being led astray.

6. Be open to two-way learning

Adolescents will listen to you when you listen to them. They don’t listen when they feel you do not try to understand their point of view. Though adolescents try to behave like adults, they are neither adults nor children. If you can treat them like adults, they become more open to share. Information-wise, children are more advanced than many parents. This can make them appear arrogant. Be willing to learn from them for them to learn from you.

Above all, ask God’s wisdom for parenting. I would recommend daily prayer for wisdom to deal with a child and for the child. This will definitely make an impact in the life of the child.
This way of communicating will show your teen that you are truly interested in their point of view and are making an attempt to understand them. The balance between freedom and authority will be achieved in the long run.
Resolve to never, ever give up. Decide now that you’ll always be there for your teenager. No matter how angry, stressed out, frustrated, disappointed or exhausted you are, resolve to be the best mom or dad you can be. Whether you are preparing for your child’s teenage years or are presently in the midst of them, make a commitment – which is an act of your will – to never give up on your son or daughter. Dr Prabhan C. M. is the president of Kutumb Communications. Along with his wife, he is actively involved in leading seminars and conferences on family and marriage issues