Tripura is an ancient centre of human civilization. Mughal historians and “Rajmala” tales describe the rulers of Tripura. Tripura also finds mention in the Mahabharata, Puranas and in Ashokan edicts. Before it merged with the India union, Tripura was a monarchy. It is said that Tripura was named after Tripur, who was the 39th king of the Yayati dynasty that ruled this land. There are others who suggest that the name is derived from the Tripur Sundari temple. Yet another theory is that the name of the state is the combination of two words of the local Kakbarak language – triv and pra. Triv means water and pra means close. It is believed that in ancient times this land was so close to an ocean (Bay of Bengal) that it was given this name. According to Rajmala, the surname of the rulers of Tripura was “Fa”, which means father.

The Manikya Dynasty ruled Tripura for over 500 years. They had to face the resistance of the local tribes. The Tribals revolted in 1850 against the rulers because of the exploitation and atrocities they had to suffer. This revolt was led by Tribal youths called Parikshit and Kirti. The revolt forced the rulers to leave their subjects in peace for some time. The 1850 revolt is known as the Tipra revolt. In 1863, the Jamatia tribe revolted against the monarch, which is known as the Jamatia revolt. The Kuki tribals waged an incessant battle against the monarchy from 1844 to 1890. Their resistance is called the Kuki revolt. The Riyang tribe of Tripura also revolted against the monarch and the British imperialists in 1942. There are 19 tribes in Tripura – Tripuri or Deverma, Riyang, Jamatia, Novatia, Chakma, Halam, Mog, Lushai, Uchhee, Kuki, Garo, Munda, Bheel, Orang, Santhal, Khasi, Chameli, Bhuria and Lepcha

A lack of education was primarily responsible for the backwardness of these tribes. A few communist leaders set up the Tripura Rajya Jan Shiksha Samiti in 1945 to educate the Tribals. The Samiti, comprising Dashrath Dev, Sudhanba Devverma and Hemant Devverma, played an important role in the field of education in the state. After the Communist Party was outlawed in 1948, Dasrath Dev, Sudhanba Devverma, Hemant Devverma and Viren Dutt formed the Tripura State Ganmukti Parishad. The Parishad consistently raised its voice against the exploitation of the Tribals.

Tripura in India
On 15 October 1949, Tripura became a part of the Indian republic. In 1956, after the reorganization of states, it was given the status of a union territory. In 1972, it became a fully fledged state. After a series of historic tribal uprisings and joint movements of tribal and non-tribal residents of the state, in 1978, the state got its first Left Front government. The Tripura State Jan Shiksha Samiti and Tripura State Gan Mukti Parishad played a key role in bringing the Left to power in the state. As the leadership of these bodies was in the hands of communists like Dashrath Dev, Sudhanba Devverma, Hemant Devverma and Viren Dutt, the influence of the Communist Party grew among the Tribal and the SC populace of the state.

Later, CPM leader, Dalit thinker and poet Anil Sarkar helped deepen the communist influence. In 1991, when the country was celebrating the birth centenary of B.R. Ambedkar, Anil Sarkar began serious efforts to launch a Dalit movement in the state. He gave a new perspective to Marxism in the Northeast by aligning it with the Dalit movement. In the 25 years that followed, he took the Dalit movement to the entire Northeast by wedding the thoughts of Ambedkar with those of Marx. Immediately after his induction into the Tripura cabinet as the Minister for SC, OBC and Religious Minorities’ Welfare, he launched the Ambedkar Award and Ambedkar Merit Award schemes for Dalit students of the state. SC and ST students and students from minority communities who cleared their matriculation exam in first division were given the Ambedkar Award and meritorious Grade 12 students were given the Ambedkar Merit Award. The awards included a cash component of Rs 500-1500, Ambedkarite literature, a biography of Ambedkar, other Dalit literature, and writings of Advaitmal Burman, Rabindra and Nazrul. An Ambedkar Award was instituted for social service. The Ambedkar Excellence Award was also intstituted. Two awards were instituted in the memory of Advaitmal Burman – one for a resident of the Northeast and another for an outsider. 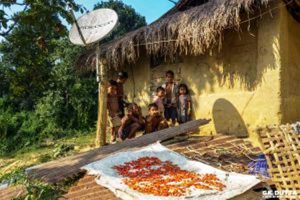 In Tripura, the government celebrates Ambedkar Anniversary Fortnight starting on 14 April every year. During this fortnight, seminars and lectures are organized and cultural programmes, quiz competitions and Ambedkar football and kabaddi tournaments held. The state is immersed in Ambedkar’s colours for 15 days. Today, thanks to the Left Front government, there is hardly a child in the state who does not know about who Ambedkar was and what he did. The Tripura government’s persistent efforts have helped Dalits and Tribals develop self-respect. The government has ensured that every Dalit and Tribal student gets the opportunity to get educated and progress in life. Job opportunities have been created for the students of these communities. Reservation norms are strictly enforced in the state. About half of the population of Tripura is tribal and SC. According to 2011 Census, the population of Tripura is 65.4 lakhs, of which 17.8 per cent are Dalits and 31.8 per cent are Tribals. It is primarily because of its strong foothold in the Dalit and Tribal communities that the Left Front was voted to power for the fifth consecutive time in 2013. It was Anil Sarkar who brought these communities close to the CPM. He filled Dasrath Dev’s shoes as the unquestioned leader of Tribals. Sarkar passed away on 9 February 2015. Till his last breath, he continued working for the cause of the Dalits. It was at his behest that the CPM organized a national convention of Dalits, in which the party declared its resolution to fight against the social exploitation of Dalits.

Father of Dalit literature
Anil Sarkar is not only the initiator of Tripura’s Dalit movement but also the father of Dalit literature in the state. He became known as a Bangla prose writer at the end of the 1950s. But he did not confine himself to prose. He began writing poetry as well. Around 20 collections of his poems have been published. Swajanar Mukh, Shesh Paltan, Bratya Janer Kavitya, Priyajan Vain, Batasher Paye Shabd, Ashwamedher Ghoda, Heera Singh Harijan, Swanirvachit Kavita, Shat Pushpa, Kavita Samagra, Aaprang Dekhe Ja, Circus, Tak Bheeshan Tak, Howrah Express, Kolkatar Kal Saap, Clouds from the East, We are Merging and Shrestha Kavita are some of his well-known anthologies. His is the loudest voice among the poets of resistance in Bangla. Well-known film actor Soumitra Chatterjee has lent his voice to Sarkar’s poems. A CD of Sarkar’s 30 poems rendered by Chatterjee has been released by Bhavna, Kolkata. In this CD, titled Kathin Samay, among others, Batyajaner Kavita, Shudra, Heera Singh Harijan, Choom Nei, Cheri Harin, Shaheed Kavi and Ambedkar Prati have been included.

While reading his Ambedkar Prati, one is reminded of his Marrxer Prati. “The sound of his approaching steps wakes me up and I see how deprived my motherland is”. One of the poems is titled Dalitara Keno Janmay? (Why are Dalits born?), which starts with Sarkar saying, “We are born like animals in the hell that is our basti and grow up on the leftovers of the neighbouring babus”. Over six pages long, it encapsulates the pain of the Dalits all over India. In Shudra, Sarkar says, “Whose son/ eats rice/ rice mixed with milk/ whose son/ shines shoes/ whose son survives on his own income / of Chamar/ of Lohar/ Not yours/ That is why you are so angry/ Fear the Shudra/ Reason/ Victory emerges/ tearing up the darkness”. See the initial lines of his poem Saat Behnein (Seven Sisters): “One mother/ seven daughters/ seven twinkling stars/ same flower/ same fruit / same stream of water/ same mountain/ same boat/ same river/ these are daughters of the Himalayas/ enemies slay them”. Yet another poem is Bratyajaner Kavita (Poem of Bratya people). It begins thus: “Mother, the agony of birth/ permeates my whole body/ for the whole life. At the end of Heera Singh Harijan, Sarkar calls out: “Listen, Heera Singh Harijan/ we won’t give you chair/ you/ after growing up/ should forcibly/ occupy it”.

His being a senior CPM leader did not stop Anil Sarkar from writing poetry on Mayawati. He wrote three poems on a Dalit’s daughter becoming the chief minister of Uttar Pradesh. Sarkar’s poetry always stood by the Dalits, the lower classes and the Untouchables. Besides Sarkar, others who have written Dalit literature in Bangla in Tripura include Kamal Kumar Singh, Manas Devverma, Bhupen Dutt Bhaumik, Bishmadev Bhattacharya, Kalipad Chakraborty, Vichitra Chaudhary, Krishnadhan Nath, Kalpana Shiv, Dileep Das, Sirazuddin Ahmed, Devbrat Devrai, Aashish Das, Shayamapad Chakraborty, Jaher Chakraborty, Mita Das, Vidhan Rai, Apanshu Devnath, Manoranjan Biswas, Sukomal Rishi Das, Nishikant Vadyakar, Jaldhar Malik, Sabal Das Vaishnav and Jeevan Das. Kamalkumar Singh has written a biography of Ambedkar in Bangla and other pieces like Brahmavaad aur Vastvaad, Shudrajagran and Dalit Sahitya Sampark. Manas Devverma’s short-story Swapne Tav Kul Laxmi is about a tribal youth living in Agartala, who, while filling up the application form for a job, does not know what to write in the column “mother tongue”. The story depicts how urbanization is gobbling up tribal dialects and languages. Bhismadev’s story Raagh is about a tribal child Brijbalak who is destined to starve despite toiling hard. Kalipad Chakraborty’s story Teer shows how the owners of tea estates exploit lower-caste labourers. All these Dalit works are in Bangla. Sudhbandhi Devverma has written the first novel in Kakbarak language: Hachuk Kaurai. Kumudkund Chaudhary has translated it into Bangla under the title Pagader Kole. Kakbarak literature resonates with the life-song of the Tribals. Dalit Sahitya Sabha has played an important role in promoting the Dalit literary movement in Tripura. The sabha brings out a magazine titled Dalit Sahitya. Besides, the role of Dalit Sahitya Prachar Kendra, Chatushkon, Eklavya Prakashan, Janpad, Vivek and Dalit Sangram is also no less important. 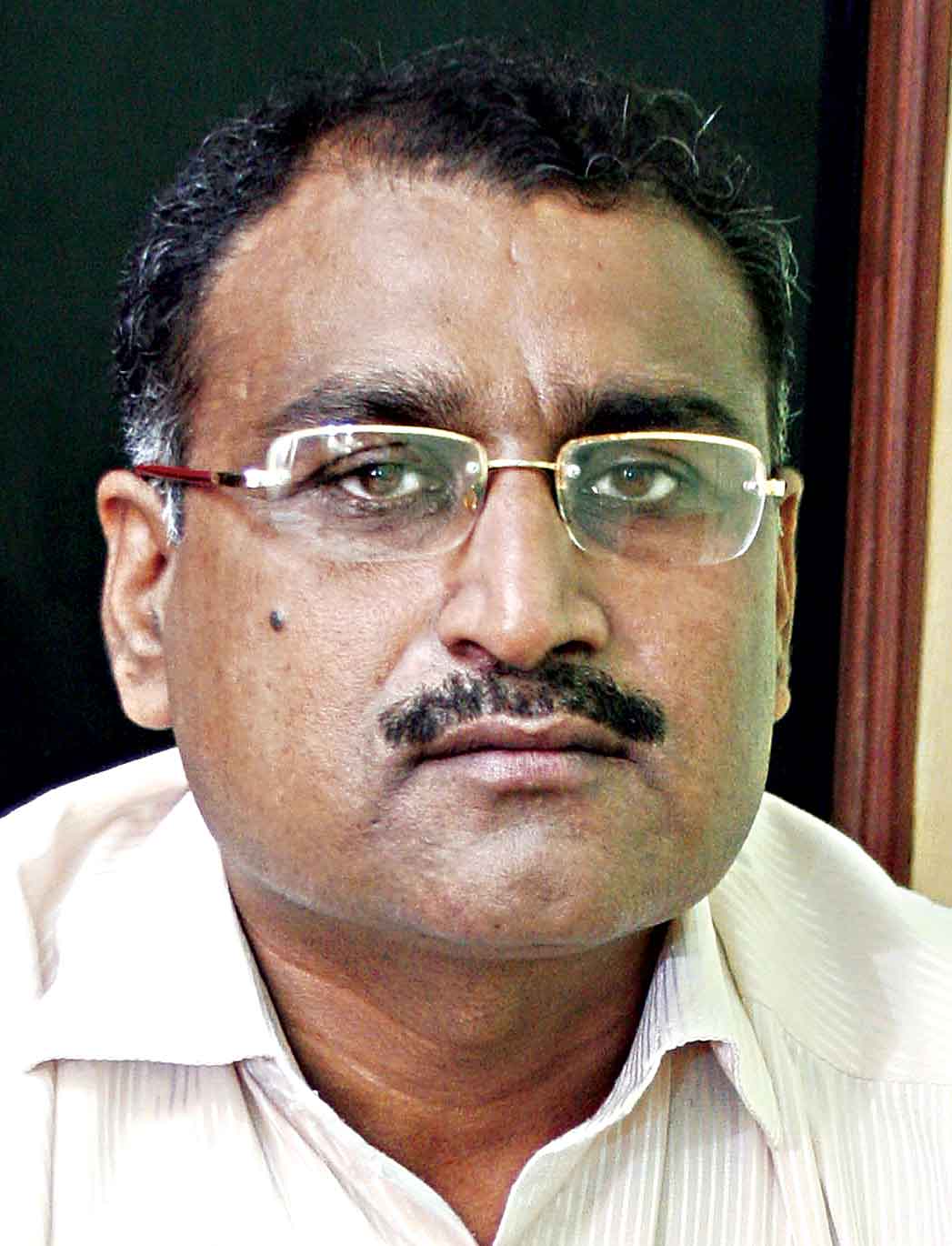