Universities shape the minds of future generations. A free, open debate, and an intermingling of different opinions, castes and religions help the students imbibe humane, inclusive values. The academics and the idealism of youth combine to create better perceptions of the immediate society and the world. Ever since the present government came to power at the Centre there has been a narrowing of the university space by preventing debates and creating pretexts to attack the liberal democratic tendencies on campuses. The developments in Ramjas College, which started on 22 February 2017, offered a glimpse of the right-wing strategy for universities. 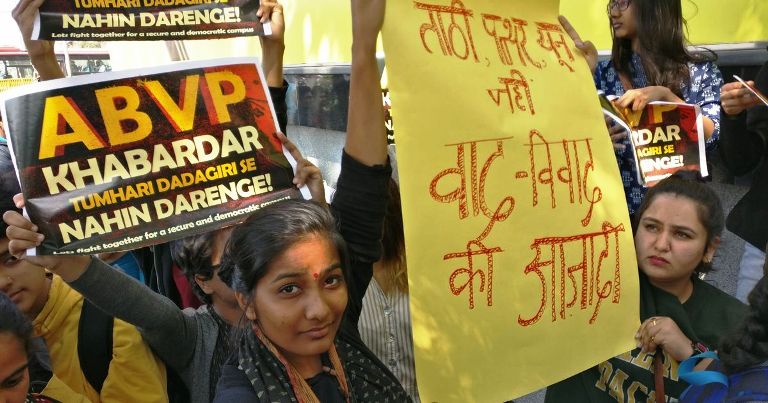 Let’s recap what happened at Ramjas. Among the speakers invited to a two-day seminar at the Delhi University college were Umar Khalid and Shehla Rashid. Supporters of Akhil Bharatiya Vidyarthi Parishad (ABVP), the students’ wing of the Rashtriya Swayamsevak Sangh (RSS), assaulted the student and teacher organizers of the seminar because, according to the attackers, Umar and Shehla were “anti-national”. The following day, they practically held the teachers and students hostage, not permitting them to go to the police station to lodge an FIR. Students beat two of the teachers in full view of everyone present. A Tiranga (tricolor – national flag) march was then taken out. This was followed by a huge “DU Bachao” (Save Delhi University) march in which thousands of students and teachers participated. It was an overwhelming show of resistance to the tactics of the ABVP.

The attack on Ramjas College is the latest in a series of attacks orchestrated by the ABVP in different campuses. Hyderabad Central University had come under attack because of supposed “anti-national” and “casteist” activities going on in the campus. What were these activities that were dubbed anti-national? The Ambedkar Students’ Association (ASA) had organized the screening of the film Muzzafarnagar Baki Hai, (A film on Muzzafarnagar violence), had called for the abolition of death penalty after Yakub Memon’s hanging and had held a beef festival in solidarity with those who consume beef in the country and had been coming under attack from zealous “gau rakshaks” (cow protectors). It is now well known how the institutional murder of Rohith Vemula took place, leading to the massive, nationwide response. The issues raised were the undermining of university autonomy, discrimination against Dalits and attack on Ambedkarism. 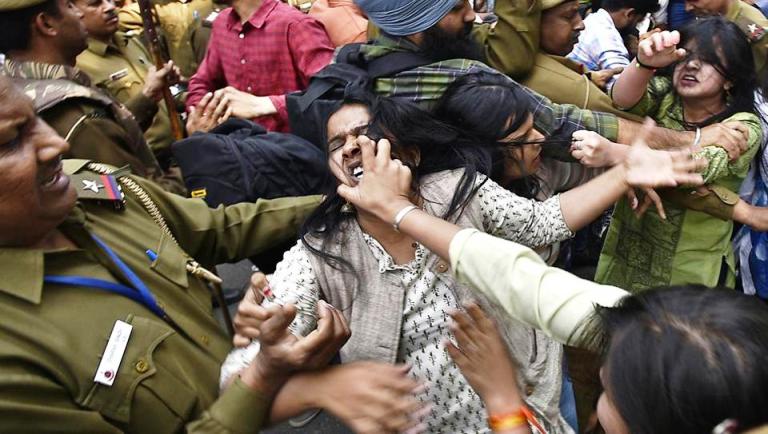 How “nationalism” was developed as a weapon becomes clear if we juxtapose the incidents in Jawaharlal Nehru University (JNU) last year and Delhi University (DU) this year. In JNU, the furore began with some masked men shouting slogans. Kanhaiya Kumar, Umar Khalid and their friends were arrested on the charges of sedition. Interestingly, the footage, on the basis of which they were charged with sedition and which a channel repeatedly broadcast, turned out to be doctored and more interestingly while Kanhaiya Kumar and others were arrested, the masked men were not! Eventually, a court granted bail to Kanhaiya Kumar and Umar Khalid. Recently, Delhi Chief Minister Arvind Kejriwal has said that BJP-ABVP people themselves shout slogans and then flee.

While the clamour over the JNU slogans were at its peak, the spokespersons of the ruling Bharatiya Janata Party (BJP) appeared convinced that it was the students who were shouting “Bharat Ki barbadi” (Destruction of India) type slogans. A year has passed and there are still lots of holes in the story and lots of unanswered questions. With regard to the Ramjas incident, Umar Khalid’s name is being repeatedly thrown up. Umar Khalid has an opinion on Kashmir that may not match the opinion of those attacking him. But the point is, in the discussion and debate, should we bypass people with opinions different from ours? This question is relevant especially because ABVP’s sister organization BJP is part of a coalition government led by the People’s Democratic Party (PDP) in Jammu & Kashmir, and PDP has been soft on separatists at times. Clearly, the ruling BJP was implementing the RSS agenda of communalizing educational campuses and intimidating those don’t agree with the Hindu nationalist ideology. 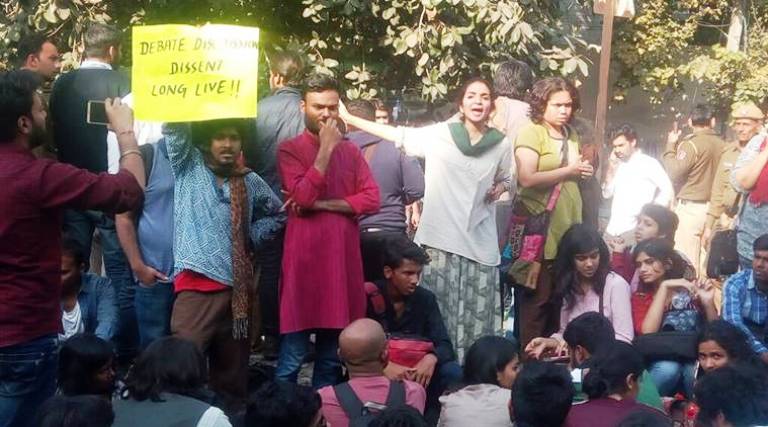 The ABVP’s assertiveness on campuses has picked up with the coming of the Modi sarkar. They indulge in violence knowing fully well that they can get away it because their mentors occupy the seat of power. Hence, the ABVP is more aggressive than ever. One after another, it is targeting colleges and universities and spewing sectarianism. The case of Jai Narain Vyas University, Jodhpur, is a fairly recent one. Rajshree Ranawat, an assistant professor of the university, had invited JNU’s Prof Nivedita Menon for a talk. After Prof Menon delivered the talk, a complaint was filed against her and the organizer Prof Ranawat has been suspended. This attitude is very disturbing . So, what does the future hold?

In the aftermath of Rohith Vemula’s death, the nationwide uprising of students, and the highlighting of the issues related to Dalits has stirred up the youth. Even in Ramjas College, while the ABVP’s Tiranga march drew a lukewarm response, the liberal, progressive student groups’ “DU Bachao” march (Save Delhi University) was massive. At the same time, the most disturbing part of the whole episode was the trolling of DU student Gurmehar Kaur. She said on Facebook that she was not afraid of ABVP and that she is for peace. In response, BJP leaders and celebrities came down heavily on her. This has further infuriated the students and now there is an overwhelming support for open debates on campuses. While ABVP settled debates through violence, a large number of students came out in support of the need to debate in seminar rooms. The ploy to raise the bogey of anti-nationalism and indulge in violence thus may not work and the attempt to save the culture of debate and discussion in seminar rooms cannot be thwarted easily. 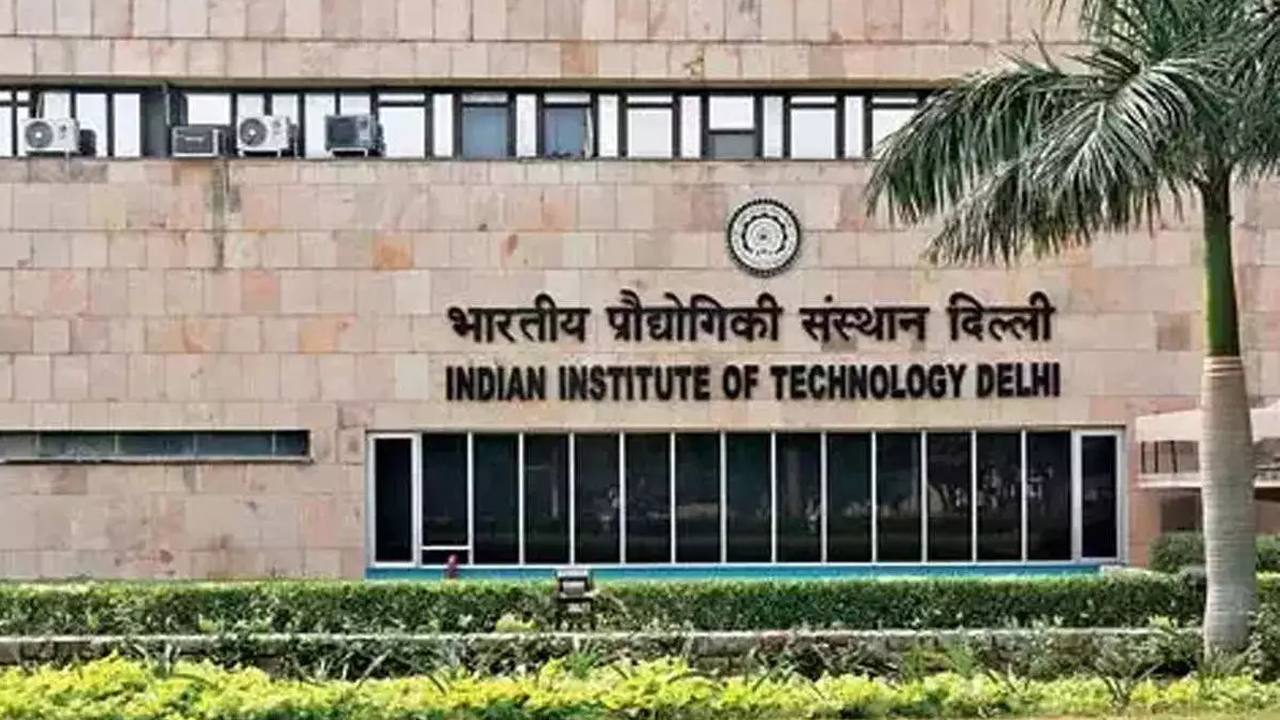 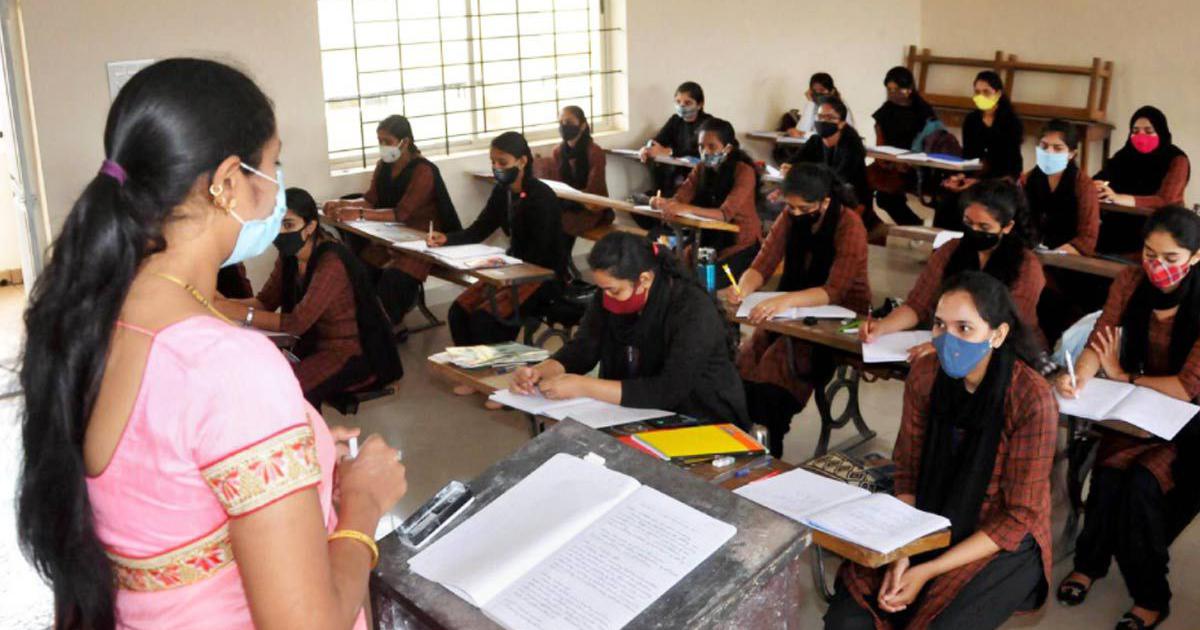 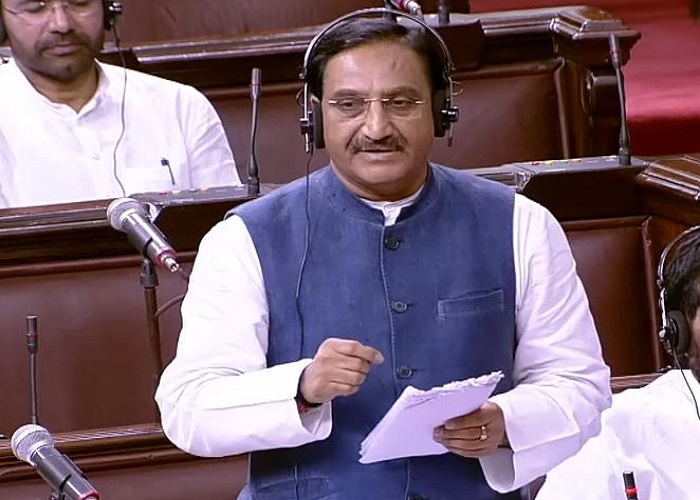